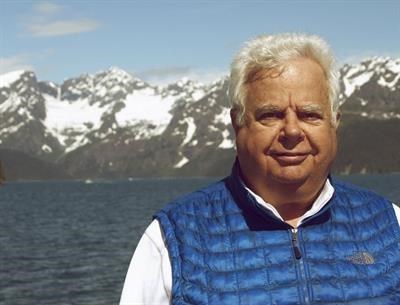 BORN
1954
DIED
2018
FUNERAL HOME
Witzleben Legacy Funeral Home
1707 S. Bragaw St.
Anchorage, AK
Jim Balamaci, President and CEO of Special Olympics Alaska, an extraordinary leader who lived to inspire goodness in people and communities, passed away during the morning of Feb. 1, 2018.
Born in Bridgeport, Conn., on Nov. 9, 1954, James Dennis Balamaci, 63, was the son of the late Dennis Balamaci, and Frusina Balamaci, who visited him often in Kodiak and Anchorage during his 40 years in Alaska. Growing up, he was a paper boy, considered his first entrepreneurial venture; he played a variety of sports for church and local leagues in Bridgeport; and he had a number of leadership roles in a St. Dimitrie Church youth organization, MAC-AROY (Macedonian Romanian Orthodox Youth Organization), becoming president for two years. These were the activities that shaped his young life.
A graduate of Central High School in 1972, he graduated from Iona College in 1976.
A year later, he followed his dream to go to Alaska, settling in Kodiak, where, always curious and ready to explore, he took on a number of different jobs, including commercial fishing, carpentry and teaching.
Jim started out as a Special Olympics Alaska volunteer in 1979, and later coached in the 1980s. In 1996, he became the President/CEO of Special Olympics Alaska. Under his leadership, Alaska hosted the 2001 World Winter Games in Alaska, which raised the visibility of the Healthy Athletes Program and School Program, increasing their funding sources. Eunice Kennedy Shriver, founder of Special Olympics, once told Jim it was the best world winter games in Special Olympics history.
In Alaska, Jim was recognized as a leader in his field and received many awards for his work for people with intellectual disabilities. He advocated that through sports training and competition, people with intellectual disabilities gain confidence, friendships, acceptance, inclusion and a healthier lifestyle that exceeds the communities they live in.
In 2014, he achieved one of his most important goals - completing the Special Olympics Alaska Athlete Training Center and Campus with the help of his community, a 28,000-square-foot facility that includes a fitness center, indoor track, multipurpose sports court and classrooms for both athletes and volunteers. Most recently, Jim and his team had been developing an Aging Unified Athlete Program for Alaska athletes and their families.
Jim was beloved by his family, and is survived by his mother, Frusina Balamaci; his sister, Marilyn Balamaci in Rye, N.Y.; his sister, Caryn and her husband, Nicholas and their children, Julie and Andrew Balamaci in Scarsdale, N.Y.; his brother, Dean and his wife, JoAnna and their children, Kathryn and Matthew Balamaci in Fairfax, Va.; and a large extended family.
Details on memorial services will be announced at a later time. For those wishing to honor Jim's life and his legacy, donations may be made to SpecialOlympicsAlaska.org.
Arrangements entrusted to Legacy Funeral Homes. To share words of comfort with the family please visit www.legacyalaska.com.

Published by Anchorage Daily News on Feb. 4, 2018.
To plant trees in memory, please visit the Sympathy Store.
MEMORIAL EVENTS
To offer your sympathy during this difficult time, you can now have memorial trees planted in a National Forest in memory of your loved one.
Funeral services provided by:
Witzleben Legacy Funeral Home
MAKE A DONATION
MEMORIES & CONDOLENCES
24 Entries
Just heard about Jimmy's sudden passing in
Alaska. My deepest sympathy for your loss.
He was a legend of the Special Olympics.
Jim was one of 4 growing up in the
Balamaci home when I would visit cousin Dennis and Sina in the 1950's summertime.
Love, hugs to Sina,Marilyn,Caryn & Dean.
RIP, Jim.
George Balamaci
George Balamaci
February 28, 2018
I was very sorry to hear of Jim's untimely
passing in his beloved Alaska. He was a
champion for those who were challenged in
life.His father Dennis was a loving cousin
who I visited often in the 50's & 60's
when Marilyn, Caryn, Dean and Jimmy were
growing up. My deepest sympathy to Sina
and the Balamaci family. RIP, Jim.
George Balamaci
George Balamaci
February 28, 2018
Jimmy was our good friend. He was an attendant at our wedding and lived with us on Mission Road in Kodiak before he got his trailer way back in 1977. Super cool in those days, he made the Kodiak Teen Center a safe place for kids to hang out at night. With his laid back ways and accepting spirit, he attracted kids who needed a friend and was there to offer guidance and encouragement without judgment. Our deep condolences to the Balamaci family. Memory Eternal.
Fr. Robert and Susan Arida
Friend
February 26, 2018
My deepest condolences go out to all of Jim's family and friends. I'm truly so sorry for your loss.
My thoughts and prayers are with you all. This message is also from Eric Hina who use to be in Special Olympics.
Viki Barker
February 25, 2018
Jimmy B was one of the coolest, caring men I knew, hurt by his passing, but grateful to have met a man of his caliber, whose purpose was to SERVE! The number of people he touched goes into the hundreds if not more! R.I.P.
Kerby Dort
Friend
February 11, 2018
It is with very heavy heart that we say goodbye to Jim. Jim was the right man for a fulfilling job, who worked tirelessly to promote children and adults with physical and intellectual challenges through Special Olympics Alaska. My wife, daughter Courtney (a Special Olympian herself), and I, along with my company's staff bid a fond farewell to Jim. You are already missed! Our thoughts and prayers go out to Jim's family, the SOAK staff, and Special Olympians who no doubt feel tremendous sorrow. God be with Jim and all of you.
Ty Bell, M.D.
February 8, 2018
Jim was a nice guy. I am glad he ran Special Olympics for all the Footrace Guys.
Billy Abouchuk
February 6, 2018
I met Jim In Kodiak. He had a great spirit and a love for his fellow man. What a Guy!
Rudy Bend Oregon
February 6, 2018
I was privileged to work with Jim on several SO events in Kodiak in the early 1980's. Memory Eternal! May his soul dwell with the blessed! We ask God to comfort his family, his friends and coworkers. Thank you Jim for your service, dedication and love to SO.
Marilyn Kreta
February 6, 2018
To the Balamaci Family, we send you our deepest condolences. What a beautiful legacy of love, devotion and service Jim leaves behind. May his memory be Eternal.
Nick & Bessie Stolatis
February 5, 2018
May the God of all comfort strengthen the family during this time of deep sorrow. Those who pass on, God keeps in his memory because they are precious in his eyes. My sincerest condolences. (Psalms 116:15)
February 5, 2018
Family of Jim Balamaci I am Sorry about your loss he has been very nice man that I have known for many Years I have remember I my Thoughts is Lucy I am Home and I have always say that Jimbo I am home right back I have been on the board of directors of Special Olympics for 8 Years and I went to 2 Internationals Special Olympics with him Jim has been Teaching me how to become a leader in my Community and Tought me how I am know and it wont be the Same without him I was a Volunteer for special Olympic State Games I will be miss by all of us
Lucy Odden
February 5, 2018
Via con dios Jim. Playing music for your events were always the highlight of the week. Because of your sincere spirit it was truly inspiring to be a part of SO. Your gift of yourself was a tremendous gift to our community. That's amore. Joe and Lona D'Entrone. Keauhou Hawaiii
Joe Dentrone
February 4, 2018
Jim was an extraordinary person who touched everyone he met with his deep humanity. He had a capacity to hold people in mind, to reach out and connect in his day to day life, and across many years and great distances in a way that conveyed his genuine care and concern. Jim's lifelong commitment to making the world a better place will shine brighter than the darkness of his sudden loss. Our deepest condolences to his family and friends, to the entire Special Olympics community at this time of sorrow.
Joe Cancelmo, Janet Stein and family.
February 4, 2018
Not a week went by that Jim didn't.t call me and askWhat have you done for me Today . Speciao O and the Athletes always came FIRST.

Dave Kolesky
Dave Kolesky
February 4, 2018
My condolences to your family during this difficult time. May the promise in 1 Thessalonians 4:14 comfort your family.
February 3, 2018
I know that you had to go to heaven and but we Athletes
We all of us are very very sad that you had to go
Brittany Tregarthen
February 3, 2018
Jim was one of our most passionate colleagues who always had a nice thing to say whenever we saw him at Special Olympics meetings. He was tremendously helpful to SO Missouri as we complete our own training campus. His leadership on the World Winter Games and the Law Enforcement Torch Run conference in Alaska will always be highly regarded. He will be missed by all who had the pleasure of his company. Our thoughts and prayers are with the SO Alaska family and all of Jim's family and friends. RIP Jim
Mark Musso
Coworker
February 3, 2018 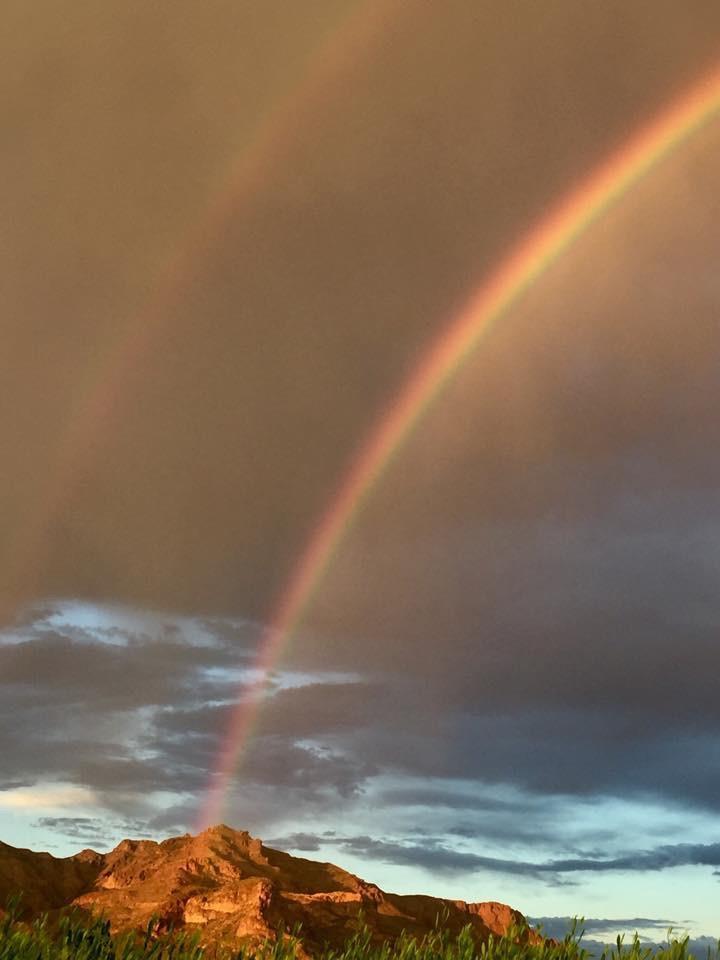 Deepest condolences to the Balamaci family and many friends on Jim's unexpected passing. Have known him since high school years and we last spoke while he was in Phoenix in 2017. His vision and dedication was amazing. He touched so many people and made a difference in this world. Godspeed, old friend...
Carol LeClaire Klock
February 3, 2018
Jim always treated me with love & respect! It was who he was. His life work and passion is the truest testimony to a life well lived. I will hold your family close in prayers during this time of such tremendous grief. Love to all who loved this man!
Robin Blair
February 3, 2018
My sincere condolences to Jim's family and friends.
Jack Ciocca
February 2, 2018
Our condolences to the family. May God fulfill his promise of binding up the brokenhearted. Isa 61:1
February 2, 2018
With our most sincere condolences to the Balamaci and Giavara family...May his Blessed Memory be Eternal! Rebeka and Andrew Tanacea
Andrew and Rebeka Tanacea
Friend
February 2, 2018
Jimmy, myself & my wife all went to school together at Iona College and St. Vladimir's Seminary. He always seemed to be focused on a "greater calling" and his life's work proved that to be true. We will always remember him. Memory Eternal!