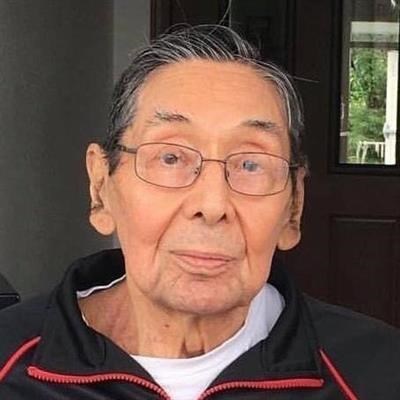 BORN
1924
DIED
2018
FUNERAL HOME
Peninsula Memorial Chapel & Crematory
5839 Kenai Spur Hwy.
Kenai, AK
Ralph Warren Hatch, 94, resident of Seward, Alaska, died on Nov. 20, 2018, at home. A celebration of life is planned for Dec. 1, 2018, at 2 p.m. at Seward Memorial United Methodist Church, 321 4th Ave, Seward, AK 99664.
Ralph was born on Sept. 2, 1924, in Unalaska, Alaska, son of Peter K. and Annie Swanson Hatch who met and worked at the Jesse Lee Home. He grew up in Seward from the age of 7, where he attended school and joined the US Army during WWII. He met his wife, Anne, a school teacher, at the Seward Memorial United Methodist Church in 1946.
Ralph began commercial fishing with his father and brother, owning many boats in his lifetime. He also worked as a longshoreman, for The Alaska Railroad until the '64 Earthquake and USPS. He fished well into his eighties in Resurrection Bay, Cook Inlet, and Prince William Sound.
As was common in Alaska, Ralph was a subsistence hunter and gatherer, knowledgeable about mushrooms, gold panning, clam digging, nutrition. He enjoyed square dancing, card playing and Wall Street, which became a new vocation and interest in retirement. He served on The Wesleyan Nursing Home Board, church boards and other committees. He loved spending time with family at the summer cabin in Hope, Alaska, and the family made many trips to his folks' set-net site in Cohoe, Alaska.
His traveled to Las Vegas, Arizona and Wisconsin centered around family members. He was a 6-time winner of the Mount Marathon Race, an avid reader and once remarked that of anything in the world, music gave him his greatest joy!
He loved having family near and kept his treat drawer stocked with candy and gum. Sunday brunch after church was a time anyone could come and enjoy sourdough pancakes. Fourth of Julys were special, turning into family reunions and visits with friends from far and near. Always happy to welcome yet another great-grandchild, the little ones gravitated to him and he loved them very much. He often made milkshakes, ice cream cones and floats to share. He kept a skiff on the lawn so kids could pile in and play, he mounted a buoy swing in the cottonwood tree, and took them hooligan fishing. He was always ready for a game of cribbage or Panguingue, and his baked beans were famous.
In addition to Anne, his beloved wife of seventy years, he is survived by his sister, Julia (Robert) Keefe; his five children, Carol, Barbara, Arne (Melody), David (Robyn) and Elizabeth; thirteen grandchildren and many great-grandchildren.
In lieu of flowers, donations to the Seward Memorial United Methodist Church, Box 5, Seward, AK 99664 or Seward Area Hospice, Inc. (SAH) Box 1331, Seward, AK 99664 in his memory are welcome.
Published by Anchorage Daily News on Nov. 28, 2018.
To plant trees in memory, please visit the Sympathy Store.
MEMORIAL EVENTS
To offer your sympathy during this difficult time, you can now have memorial trees planted in a National Forest in memory of your loved one.
Funeral services provided by:
Peninsula Memorial Chapel & Crematory
MAKE A DONATION
MEMORIES & CONDOLENCES
9 Entries
Our sincere condolences to Anne and the Hatch family.
In Sympathy,
The Richardson family
rebecca thario
November 30, 2018
Sending my sincere condolences to the family. May the God of all comfort give you peace and strength during this difficult time. - Psalm 29:11
November 28, 2018
God bless and comfort you all with many fond memories. Saddened at the loss of a dear family friend. Love, Nancy Ammend
Nancy Amend
November 27, 2018
Rest in Paradise Mr. Hatch. I will always cherish my childhood memories with you! To the family, my most sincere condolences.
Iris Tressler-Campbell
November 27, 2018
Very sorry for your loss,I will always remember Ralph as being with our basketball team either as a bus driver or as one of the best guys to have on our side.
Lee Stanton
November 27, 2018
May the God of all comfort strengthen the family during this time of deep sorrow. Those who pass on, God keeps in his memory because they are precious in his eyes. My sincerest condolences. (Psalms 116:15)
November 27, 2018
Please accept my heartfelt condolences on the death of your dear love one may God give you strength to endure this most difficult time please read John 6:40
November 27, 2018
Moneak
November 27, 2018
I am so sorry for your loss. May the scripture found at Romans 5:12, 17, 19 and through constant prayer and reliance on God help you all through this difficult time.
Bryanna
November 26, 2018
Showing 1 - 9 of 9 results