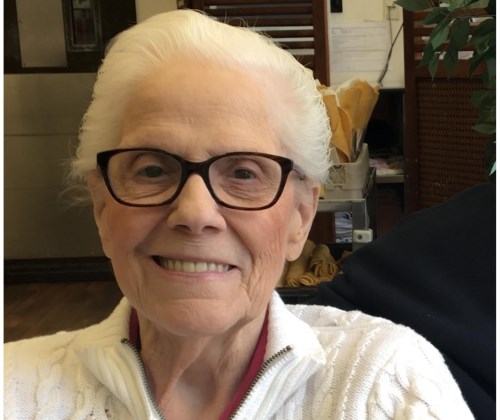 BORN
1930
DIED
2020
FUNERAL HOME
Peninsula Memorial Chapel
5839 Kenai Spur Hwy.
Kenai, AK
Shirley Bernice (Clinton) Horn passed away peacefully at Heritage Place Soldotna, on December 17, 2019. She had celebrated her 89th birthday on October 6, 2019 and was happy to have lived a full life. Born in Missouri, she moved with her parents and older brother and sister to Stockton California where she attend school and graduated in 1948. That year she married Leslie Horn and began a partnership that lasted until he passed in 2016.

Shirley and Les had a son Steve and a daughter Peggy and called many places home during their lives including Seattle, San Francisco, Lompoc, Ca., Utah, Alaska, and Oregon. The move from California to Alaska in 1967 was a shock to the family but they grew to love Alaska. After living in Thorne Bay, Annette Island, and Fairbanks, the family settled in Anchorage in the early 1970's. Later Shirley and Les moved to California to care for her mother and then she and Les settled in Oregon until his passing in 2016. After her husband passed away, Shirley came to live in Soldotna with her son and daughter-in-law. Her final home was at Heritage Place where she was loved and cared for until her passing.

Shirley was a teacher and loved working with people. She was an elementary school teacher and a non-profit director. She was an advocate for people with disabilities and worked to make their lives better. She directed church choirs, played the piano, and authored two books: Come Walk with Me: A Thought Held in Mind and Peace Within.

Shirley was the last of her family having seen the passing of her father, mother, sister, and brother. She was also survived the passing of her daughter and husband. She is survived by her son Steve Horn and his wife Lisa Parker. Her grandson Nicholas Horn and wife Erin Horn and her great grandson, Hudson Horn, who called her G2. She leaves many extended family members whom she loved very much. In accordance with the wishes of mom and dad, their ashes will be spread together on the Oregon Coast and a memorial will be held for Shirley at that time.
Published by Anchorage Daily News on Jan. 12, 2020.
To plant trees in memory, please visit the Sympathy Store.
MEMORIAL EVENTS
To offer your sympathy during this difficult time, you can now have memorial trees planted in a National Forest in memory of your loved one.
Funeral services provided by:
Peninsula Memorial Chapel
MAKE A DONATION
MEMORIES & CONDOLENCES
0 Entries
Be the first to post a memory or condolences.