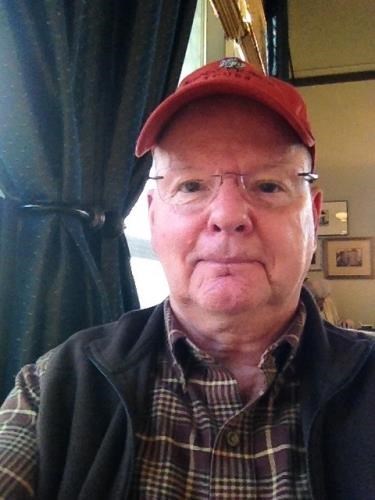 BORN
1944
DIED
2016
FUNERAL HOME
Janssen's Evergreen Memorial Chapel - Anchorage
737 E Street
Anchorage, AK
Tom Embrey passed peacefully on June 7, 2016, in Anchorage, Alaska. Born March 28, 1944, in Klamath Falls, Ore., he grew up in Madera, Calif., on a small dairy farm. He graduated Westmont College in Santa Barbara, Calif., with a Bachelor of Arts in English in 1967, studied at Fuller Seminary in Pasadena, Calif., 1966-68, and obtained an Master of Arts in Counseling in 1974, from Arizona State University in Tempe, Ariz. Over the years he received many academic awards and honors. He was honorably discharged from the U.S. Marine Corp in 1970, with the rank of Corporal. Tom worked as a psychotherapist in Arizona and also spent time as a counselor with ecumenical communities in the United States and Canada. Since 2011, he lived at Holy Names Center in Anchorage, helping out where needed. He loved the out-of-doors: backpacking, surfing, cycling and cross-country skiing. He was a connoisseur of coffee and tea with a splendid collection of special teas. He was a deeply spiritual person and spent much time in contemplation and prayer. He is predeceased by his parents, Lloyd and Alma Embrey; his brother, Doug Embrey; and his niece, Kathy Hull. He is lovingly remembered by Jean and Dave Hull, his sister and husband; and by Steven and Christina Hull, his nephew and wife; as well as his many dear friends in Anchorage and Edmonton, Alberta. He was a wonderful caring brother. When he was 10 years old, he won the Yo-Yo Championship in our home town. From the time he was 11 years old, he worked hard on the farm but made time to backpack in Yosemite with a friend. He played the clarinet in the band and was president of his high school senior class. Backpacking in the Grand Canyon was a wonderful adventure. A memorial is planned for Tuesday, July 26, 2016, at 4 p.m. at his church, Amazing Grace Lutheran Church, 10955 Elmore Road in Anchorage. In lieu of flowers, donations may be made to Holy Spirit Center, Anchorage, 10980 Hillside Drive, Anchorage, AK 99507; or to his church at the above address. Arrangements were with Janssen's Evergreen Memorial Chapel.
Published by Anchorage Daily News on Jul. 19, 2016.
To plant trees in memory, please visit the Sympathy Store.
MEMORIAL EVENTS
To offer your sympathy during this difficult time, you can now have memorial trees planted in a National Forest in memory of your loved one.
Funeral services provided by:
Janssen's Evergreen Memorial Chapel - Anchorage
MAKE A DONATION
MEMORIES & CONDOLENCES
3 Entries
i will miss the gentleness Tom brought to our retreats. i felt he understood everything and made us safe.
christine reichman
July 24, 2016
Thomas, may God speed your arrival into Heaven & may God richly bless all who grieve your loss. Thank you for your service..
Don McWorkman
July 20, 2016
Your countrymen thank you for your service to America. Rest in peace, Tom Embrey.
L. Groh
July 19, 2016
Showing 1 - 3 of 3 results