Longtime Alaskan, Walter Bruce Parker, died peacefully at his Anchorage home on June 25 following a brief illness, surrounded by family and friends. A celebration of life will be held on his 88th birthday, on August 11, at Hilltop Chalet, 6-9 p.m.

Parker was born in Spokane in 1926. As a child, he heard about Alaska from his grandfather, who told him about his life in Nome during the Gold Rush. After serving in the U.S. Navy during World War II, Parker arrived in Fairbanks in 1946 with his bride Patricia Ertman. Their 55-year marriage lasted until her death in 2001.

After 20 years as a CAA/FAA air traffic controller in Fairbanks, Lake Minchumina, and Anchorage, he worked for the FAA in Washington, DC as a northern air route planner. Parker then returned to Anchorage with the Federal Field Committee, a position that began his lifelong devotion to designing and regulating transportation and oil conveyance systems, satellite communications, sustainable resource development, and land use that respects rural ways of life.

After retiring from federal service in 1971, Parker became an adjunct professor at the University of Alaska. He taught political science and planning courses while researching international fisheries and transportation, mentoring many of today's leaders in these fields. At this time, he and Patricia also formed Parker Associates, which until his death, contributed significant data to a number of transportation and communications projects.

Also beginning in the early 1970s, Parker held many key appointments with the State of Alaska serving on the Fish and Game Board, in the Pipeline Office, and as Commissioner of Highways, Chairman of the Joint Federal/State Land Use Planning Commission, and Oil Spill Commission Chairman. President Clinton appointed him to the U.S. Arctic Research Commission in 1995. In these various roles, he helped to oversee Alaska's progression as a young state, influencing the formulation and implementation of such major legislation as the Alaska Native Claims Settlement Act, Trans-Alaska Pipeline Authorization Act , National Fisheries Act, Alaska National Interest Lands and Conservation Act, and Oil Pollution Act. In Anchorage his legacy includes the extensive park and trail system established while he served on the Greater Anchorage Borough Assembly and in several citizen's groups.

Parker's unwavering devotion to Alaska was accentuated by his service as a senior fellow at the Institute of the North at Alaska Pacific University. He recently served on the boards of the Prince William Sound Science Center, Oil Spill Recovery Institute, Prince William Sound Regional Citizens' Advisory Council, Pacific Environment, and North Pacific Research Board. His recent honors include the Alaska Center for the Environment Lifetime Achievement Award in 2002 and the Walt Parker Sustainable Community Award as its first recipient in 2011.

The family remembers their father and "grampa" as an unselfish man whose door was open to all who cherish the goodness of the earth and its creatures, particularly sled dogs. He loved a lively dinner party to the end. He was a voracious reader, an imaginative storyteller, a hearty singer, a lover of opera and theater. His family saw Alaska from his bush plane or riverboat, and after moving to Anchorage in 1957, through dog mushing and frequent hikes or skiing trips in the Chugach Mountains. After his life in Minchumina, his most cherished time was traveling with Patricia within Alaska and internationally to almost every region of the world.

The family suggests donations be made in his name to the Alaska Conservation Foundation, Alaska Moving Images Preservation Association, or Friends of Pets - Anchorage, Alaska.

Published by Anchorage Daily News from Jul. 6 to Jul. 7, 2014.
To plant trees in memory, please visit the Sympathy Store.
MEMORIAL EVENTS
To offer your sympathy during this difficult time, you can now have memorial trees planted in a National Forest in memory of your loved one.
MAKE A DONATION
MEMORIES & CONDOLENCES
16 Entries
I have fond memories of Walt and am sorry to read this so long after his passing. I worked for Walt and Patricia in their home and had connections with Walt through the Institute for Circumpolar Health Studies at UAA. They were kind and very intelligent people. When I would run into Walt at the grocery store, he always had time to stop and talk and ask about me and my man. I do miss seeing him around town and wondered what happened to him. Such a rare individual with so much life experience! A real treasure!
Melodie Fair
Friend
May 10, 2017 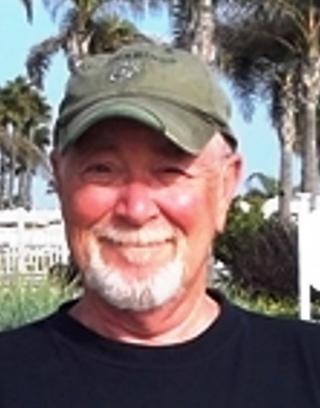 I first met Walt in 1980, shortly after leaving The Associated Press to stay in Alaska, when he hired me to help him build a business case for a bond issue to improve rural airports in Alaska. During that summer I visited more than 300 villages to document the poor condition of bush airports. During that engagement, I became close friends with Walt and his lovely wife Patricia. One of my most enduring memories was dinner at their home on Campbell Airstrip Rd with me, Walt and Patricia on one side of the table and a paralyzed sled dog stretched out on the other side so Patricia could hand feed him. Walt was one of the last true Alaskans.
Mike Harmon
July 31, 2015
Rest in peace Walt. Thanks for being such a good friend and mentor. many fond memories being on the trail with you. Fish & Game, pipeline, Land Use Planning. Great family,everyone a class act.
Jay Bergstrand
September 1, 2014
Walt was 'part of the family' by virtue of all the history he had with my folks, Dave and Mark Hickok, of striving to find the means of preserving Alaska's incredible attributes. All the while being such a true friend over many long and lively dinner parties and such. He will be truly missed.
Robin (Hickok) Leonard
August 6, 2014
I met Walter several years ago during my time as a Canadian delegate to the Emergency Prevention, Preparedness and Response Working Group of the Arctic Council. He struck me then as a most remarkable person, someone whom I deeply respected, became very fond of and always enjoyed the brief times I was able to spend with him. A wonderful man, full of wisdom and generosity and good humour. We had some great times, some very funny times (an evening - and the somewhat painful morning that followed - with our mutual friend Norm Snow in Longyearbyen, Svalbard immediately comes to mind), some very serious moments - all good, all memorable, all still with me and wishing he was too. Deeply miss the guy and I can only imagine the immense loss to his family and close friends. He was - and is - a wonderful man. My deepest condolences to all who knew Walter for the loss we share. I only regret being unable to spend more time with him.
David Livingstone
July 30, 2014 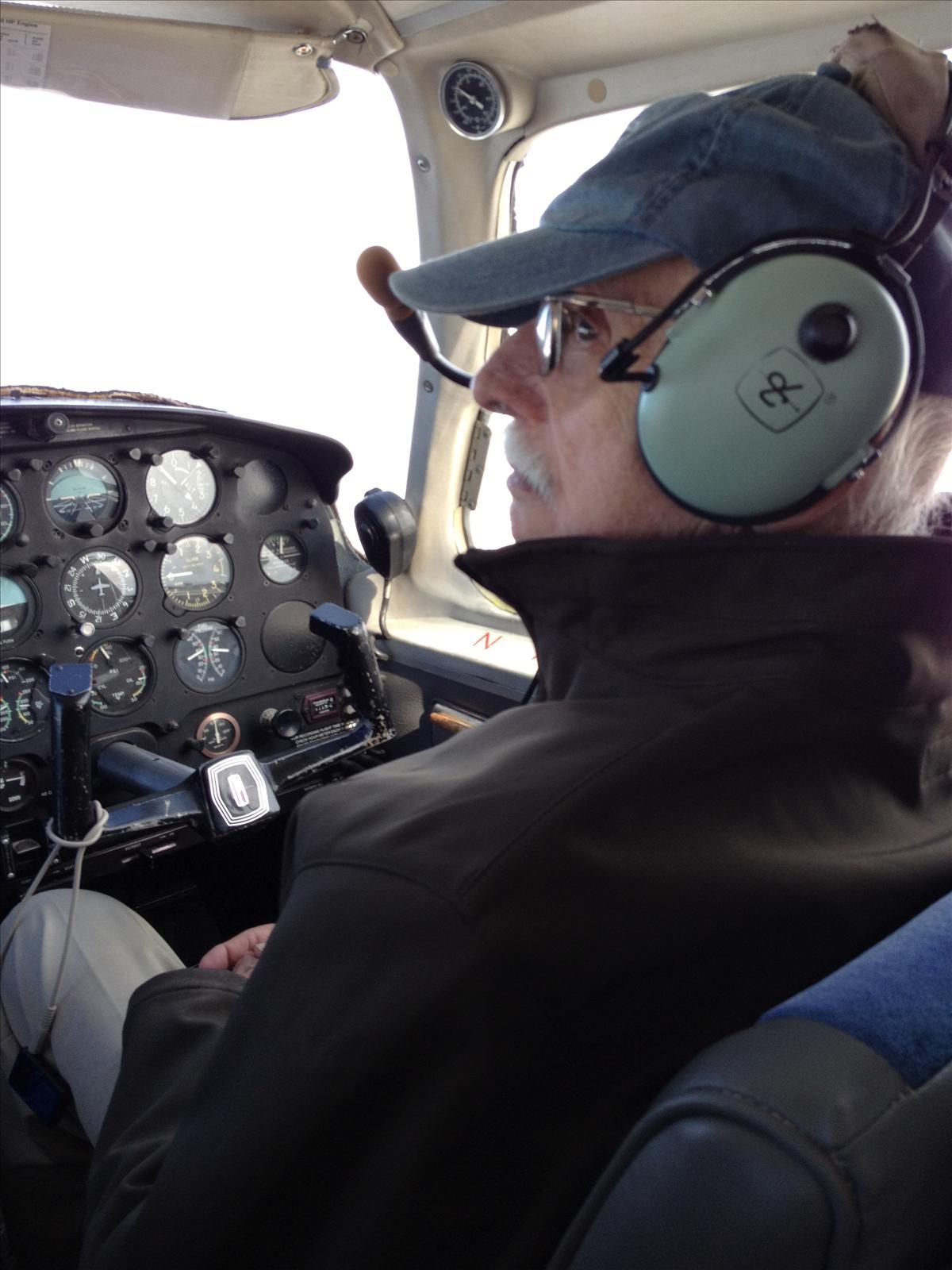 Dad -- we celebrated your last birthday enroute to your beloved Lake Minchumina. So glad we all went. Much love to you always,

Doug
Doug Parker
July 17, 2014
And didn't we all have such great times....
Wonderful memories. Wonderful man.
My deepest sympathies.
Denise Ganopole
July 10, 2014
Walter was very helpful and emphathetic to the successful effort to assist the Amchitka widows (radiation cancer victim-workers). His humble, yet wise input was priceless! May God bless him.
Kevin Dougherty
July 10, 2014
Walt will be greatly missed, but never forgotten. The imprint he leaves behind and contributions he made will live on forever.

My thoughts and prayers are with you all.
Ouida Morrison
July 9, 2014
One of the most interesting, caring and active people I have had the pleasure to know and work with. What a wonderful life well lived. Those who knew you have a lot to carry on into the future. Thanks Walt
Jim Sykes
July 8, 2014
One of the last pioneer Alaskans.
mike Harmon
July 7, 2014
A fine person who overflowed with ideas and insights. My condolences to Lisa and family.
Martha Stewart
July 6, 2014
Linda Corbin
July 6, 2014
I am so very sorry to hear of this special man's passage. I will, fondly, always remember him. He was just one of those that had something extra special about him. My condolences to his family. He was a tribute to the human race.
Linda Corbin
July 6, 2014
Walt, thank you for all you taught me, for the meaningful conversations that occurred around dinner tables, and mostly, thank you for Lisa.
Steve Horn
July 6, 2014
I love you Dad. Thank you for the wonderful memories.
Lisa Parker
July 6, 2014
Showing 1 - 16 of 16 results