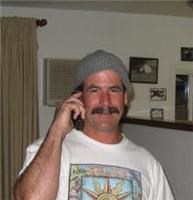 BORN
1959
DIED
2021
Michael Devlin
May 26, 1959 to
August 4, 2021
Michael "Mikie" Devlin was born to Joan Warde and Harry Devlin on May 26, 1959 in San Diego, California. He joined his two older siblings, Patrick and Kelley.
Michael spent his early years in the Southern California area where his entire family spent the majority of their time swimming, surfing and enjoying the local beaches. Michael's early surfing experiences occurred at San Onofre Surf Club Beach mixed with occasional camping trips to Baja & mainland Mexico. Michael was a member of the Hobie "Mini" surf team (14 & under) and he, along with his brother & sister, competed in many local surf contests.
In 1972, Michael & his family moved from San Juan Capistrano, CA to Trinidad, CA, a small, picturesque fishing town in Northern CA. He attended Trinidad Elementary School and McKinleyville High School. Here he continued his passion for surfing, enjoying unlimited surf breaks and uncrowded conditions. Michael discovered that the commercial fishing community offered an economic opportunity and a chance to be on the ocean as well as a camaraderie that lasted his entire adult life. Michael fished for Dungeness crab, Salmon, Albacore tuna, black cod and shrimp. He also had a 19-year career working with geologists performing salmon stream restoration. Michael later moved to the Ft. Bragg/Mendocino area to fish salmon & black cod for the remainder of his life.
Michael began woodworking in High School and built his own home near Dry Lagoon. He enjoyed gardening, searching for agates, hunting, camping, hiking and cooking.
Michael is survived by his brother Patrick Devlin, sister Kelley Devlin-Lake, step-sister Fedessa Thomas Boyd, and nephew Todd Lake & family, along with many cousins. He also had many friends and associates too numerous to mention.
Our deepest gratitude and appreciation go out to all of the wonderful people in the Ft. Bragg community who have been so helpful during this time. This includes the fishing community of Ft. Bragg, the U.S. Coast Guard, Mendocino County Sheriff's Department, Noyo Fish Company, Chapel by the Sea, Noyo Harbor District, Coast Self-Storage and the Glass Beach Inn.
Arrangements for memorial "Celebrations of Life" are in process for both Ft. Bragg and Trinidad, in between fishing seasons, when his ashes will be sprinkled at sea. For those who would like to make a donation in Mikie's name, feel free to contribute to a favorite charity. His memory would also be honored greatly by supporting local fishermen and women.
Published by Fort Bragg Advocate-News from Oct. 14 to Nov. 12, 2021.
To plant trees in memory, please visit the Sympathy Store.
MEMORIAL EVENTS
To offer your sympathy during this difficult time, you can now have memorial trees planted in a National Forest in memory of your loved one.
MAKE A DONATION
Please consider a donation as requested by the family.
MEMORIES & CONDOLENCES
1 Entry
My condolences to each of you on the loss of your brother and uncle. May your memories comfort you now and through the passage of time. Though I never met Michael, I do know Kelley, so can only imagine what an exceptional person Michael must have been. Peace be with you.
Nicla Sinnott
October 14, 2021
Showing 1 - 1 of 1 results