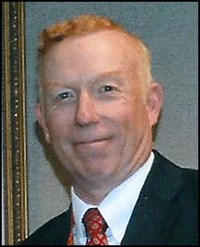 FUNERAL HOME
George Funeral Home & Cremation Center
211 Park Avenue, SW
Aiken, SC
Glenn Edward Dolphin
AIKEN, SC - Mr. Glenn Edward Dolphin, 58, of Aiken, S.C. entered into eternal rest on February 19, 2017 at his home.
He is survived by his wife of 32 years, Debbie Dolphin and his daughters, Erin L. Dolphin and Kyla C. Dolphin, both of Aiken, SC; sons, Daniel E. Smith, of Florida, and David C. Smith of W.V. He was born on February 24, 1958 in Parkersburg, W.V. and was the son of the late John J. Dolphin and Dorothy J. Dolphin. He was the grandson of the late Glenn M. Reynolds and Helen Reynolds. He has one sister, Ruth Dolphin of Vienna, W.V. and a nephew, Ian M. Dolphin.
Glenn was a native of Parkersburg, W.V. and a graduate of West Virginia University. He proudly served his country from 1980 to 1987 as a commissioned officer in the United States Marine Corps, earning the rank of Captain and was awarded the Navy Achievement Medal as well as the Combat Action Ribbon for his service. Glenn was the author of "24 MAU 1983, A Marine Looks Back at the Peacekeeping Mission to Beirut, Lebanon," a memoir about his time in Lebanon during the October 23, 1983 explosion that killed 243 servicemen when a terrorist attack of a truck bomb exploded outside of the Marine barracks.
Following his career in the military, he was employed by the Federal Bureau of Investigation as a Special Agent in Aiken, SC for 27 years. During his time in the bureau, Mr. Dolphin was responsible for 7 different counties where he and his associates worked to solve serial murders, government corruption, kidnapping, bank robberies, and counter terrorism. Glenn also was on the Columbia Division of the SWAT team, where he served as an Operator and a Sniper. After a "brief" retirement, Glenn would go to work for the City of Aiken and become a Driver Operator for two years. He loved driving the Fire Engine and cherished the time with his co-workers and friends at the Fire Department and Public Safety!
His family would like to thank his friends and colleagues in the Aiken R.A., Columbia Division of the F.B.I, Aiken Department of Public Safety and the Sheriff's Office, South Carolina United States Attorney's Office, ATF, and the Counter Terrorism Task Force for their friendship and service.
Friends may call this Thursday evening from 6:00 until 8:00 PM at George Funeral Home.
A Requiem Mass will be celebrated at 1:00 PM on Friday, February 24 ,2017 at the new parish of St. Mary Help of Christians Catholic Church, 138 Fairfield St., SE, Aiken, SC 29801 with the Very Rev. Gregory Wilson as celebrant.
Memorial contributions may be directed to Beside the Badge, C/O Amelyn Richardson, 175 Sunderland Rd., Aiken, SC 29803.
The Historic George Funeral Home, 211 Park Ave., SW, Aiken, SC 29801 (803.649.6234), has charge of arrangements.
Expressions of sympathy for the Dolphin family may be left by visiting www.georgefuneralhomes.com