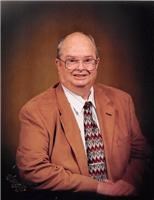 George was pre-deceased by both his parents and by his sister Nancy Ann Everett and brother Robert Leon Draper, as well as daughter Valarie Susan Goldapp and grandson Christopher Smith.

George is survived by wife of 64 years Helen, a life-long resident of Alice, Texas, and children Chet of Round Rock, Karen and husband Herb Gellis of San Jose, California, and Kay and husband Barry Smith and their children Krista and Kendra of Cedar Park, as well as their eldest daughter Valarie's husband Gerald Goldapp of Georgetown and their children Mark Goldapp and his wife Karen of Austin and Julie and her husband Paul Lloyd of California. Also left to remember George are Wilda Draper the wife of his brother Bob, Wanda Webb the sister of his wife Helen, and very special first cousins from the Fields and Draper families Ruth Gayle Draper Rector, Lillieth Draper Rushing, and Martha Stone Colee; and nieces and nephews too numerous to mention.

George graduated from West End High School in Birmingham, Alabama, and along with his brother and several close friends joined the army in September 1946 just in time to be called a World War II vet. He did some Little Theater work in El Paso while he was there in the army, and carried on a love of the stage he first developed at West End when he returned to Alabama to attend college at Birmingham Southern. George took a summer semester of graduate school at the University of Texas at Austin before taking a teaching job in Alice, Texas, in 1952 and later received his master's degree from Texas A&I in Kingsville in 1956.

Very shortly after moving to Alice, George met and married Helen Marie Biggs. Over the coming years, they were blessed with four children, Valarie, Chet, Karen and Kay.

It may well have been a trip to Boy's State he was awarded while in high school that influenced George towards his career teaching government. He taught government at Alice High School for 40 years, as well as being involved with the debate and drama clubs early in his career. In those early days with the AISD he was given the opportunity to work as the stadium announcer for the Alice Coyotes. That was a job he cherished and kept even past his retirement from teaching, only giving up his position as Voice of the Coyotes when the onset of macular degeneration made it too difficult for him to call the action on the field.

George was very involved with softball for many years working as a scorekeeper and serving as softball commissioner for the city softball leagues. He also loved to sing and was a member of the First Baptist Church choir. Through the years he sang at countless weddings and funerals.

During these recent years George (or Mister Draper as many of his former students still refer to him) couldn't make a trip to the grocery store without running into and taking time to stop and reminisce with a member of his church, or a former student, or a softball player remembering the glory days gone by, or someone who will always remember that he sang at their wedding.

George Draper, you will be remembered.

The family will greet friends from 5 to 7 p.m. on Friday December 15 at Holmgreen Mortuary. A celebration of his life will be held at the First Baptist Church in Alice, Texas, at 10 a.m. on Saturday December 16, 2017. Burial will follow at Alice Cemetery. In lieu of flowers, George would have appreciated a contribution to a breast cancer charity in respect of the impact breast cancer has had on his wife and daughters. Condolences for the family may be offered at www.holmgreenmortuaryinc.com and shared via Holmgreen Mortuary Facebook.
Published by Alice Echo News-Journal from Dec. 12 to Dec. 19, 2017.
To plant trees in memory, please visit the Sympathy Store.
MEMORIAL EVENTS
Dec
15
Visitation
5:00p.m. - 7:00p.m.
Holmgreen Mortuary Inc
2061 E Main St, Alice, TX
Dec
16
Celebration of Life
10:00a.m.
First Baptist Church
Alice, TX
Dec
16
Burial
Alice Cemetery
Alice, TX
Funeral services provided by:
Holmgreen Mortuary Inc
MAKE A DONATION
MEMORIES & CONDOLENCES
Sponsored by Holmgreen Mortuary Inc.
17 Entries
May God continue to bless Mr. Draper's family and wonderful friends! I know they all mess him very much!
Jo Nita Adams
Family Friend
December 7, 2019
Prayers continue for Mr. Draper's family. May God continue to bless and comfort.
Jo Nita Adams
Friend
December 6, 2018
Mr. Draper will be missed. Rest in peace.
Mary Clare Howard
December 19, 2017
I am so sorry for your great loss. May the God who "binds up the brokenhearted" and "comforts all who mourn" (Isaiah 61:1, 2) sustain your family during this challenging time. Please accept my heartfelt sympathy.
EG
December 18, 2017
A Staple in the education field for many years In Alice ISD, had him for government class in 72 , Great time in his class and made it interesting and enjoyable, God Bless Mr. Darper
Alfredo Garcia
December 15, 2017
Mr. Draper was a great man, teacher, announcer, and scorekeeper. I worked with him as scorekeeper for city softball. Prayers for the family.
Eugene Williams
December 14, 2017
Mr. Draper was not only my Civics teacher at William Adams high school, but was a wonderful friend to my mother and daddy. He and his wonderful wife visited my parents several times a week especially after my parents were home bound. Mr. Draper was a member of the church, First Baptist, that my daddy pastored for 25 years. He sang in the choir and used his beautiful voice to bless the church members and praise God. He also used that beautiful voice to sing at both my parents' funerals. Mr. Draper was a kind, generous man, and I never heard anyone say a negative thing about him. He graced the Alice Coyotes for 40 years announcing the home football games. Mr. Draper will be missed by so many people. My thoughts and prayers go out to the Draper family. I am so sorry that I will not be able to attend the services on Saturday, but I will be there in spirit. Rest in Peace, Mr. Draper, and please say hello to my parents. Love, Jo Nita Adams
Jo Nita Adams
Friend
December 14, 2017
Mr, Draper, the best teacher I knew. He made our government class so interesting. His legacy will live on forever. Thank you Helen for sharing him with our community for so long. I, am saddened that he is gone. My deepest condolences to you Helen and your family. My prayers are with you.
Sincerely,
Grace Saenz-Lopez
Class of '62.
grace lopez
December 13, 2017
Mr. Draper was the best teacher I ever had. I loved going to his class and listening to his booming voice. He also announced and took the score book at many of my baseball and softball games. I will also always be appreciative of his mentoring of me when I did my student teaching at Alice High School. Rest in peace Mr. Draper, you were one of the best!

Curtis A. Martinez
Curtis Martinez
December 13, 2017
I did not have him as a teacher , but I will remember him . While all of my kids were active in cheerleading, band, etc. at the football games, he was the speaker. He always made everyone feel welcome. When I would pass him in the hallway at High School, he never failed to address me courteously . I was a substitute teacher there for years. He was a familiar face in the school for years and on the football field. He will never be forgotten.
December 13, 2017
Great person.May GOD Bless his family in time of sorrow.
Oscar Garza
December 12, 2017
A great teacher n a great person He was so good to his students. May he Rest In Peace. He will be missed by all the coyotes fans. He will be greatly missed.
Neto Leal
December 12, 2017
What a great man he was. Had him as a teacher back in the late '60s. Also was in the band all thru high school and his voice always greeted everyone within hearing distance of Memorial Stadium. Can't make it down for the service but sure it will be a full house.
Lindsay Williams
December 12, 2017
Great teacher and singer at many hight school assemblies.Very soecial couple.Ms.Helen signed signed my marriage certificate/license for me and Aida to get married.He stayed so devoted to his students well beyond our school days.
Joe Aida Olivares
Joe Olivares
Student
December 9, 2017
Uncle GC was my uncle, my father's brother. I am so heartened by the messages posted on the Alice ISD Facebook post of his passing. He has had such an impact on the young lives that he taught.
Diane Brummell
Family
December 9, 2017
Mr. Draper was very special to our class o f 1956. We were some of his very first students, and we definitely "tried him on". He endeared himself to many as he directed our junior and senior plays, taught us in the classroom, and supervised field trips. He came back to several of our class reunions and was an honored guest and speaker. At our last reunion in 2016, he gave a beautiful farewell speech, knowing he probably wouldn't live to see another reunion if one occurred. We grieve with his family in his passing, and rejoice in the super life he lived. His influence lives on in the many students who passed through his classroom. Rest in peace, Mr. Draper, and know that we remember you fondly.
Fond regards
Laura Sponseller Wiggs
Laura Sponseller Wiggs
Student
December 9, 2017
George Draper will be remembered by the thousands of students who passed through his classroom in his 40 or so years of teaching. He truly made a difference.
Jan Robin
Family
December 9, 2017
Showing 1 - 17 of 17 results