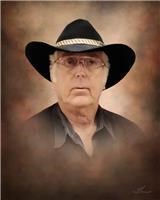 Lindsey was a graduate of Agua Dulce High School, class of 1960. He was very active in his early life in livestock and beef production as well as farming and ranching along with his dad.

He began ranching on his own and raised a sizeable cow/calf herd. In recent years, he had pursued more farming and ranching management.

He was a pastor at Hollow Tree Baptist Church in Alfred, Texas since 1984.

At 9:00 a.m. this Sunday, December 2, 2018, Lindsey will be honored with the Pioneer Award for his service by the Texas State Farm Bureau at a ceremony in Corpus Christi, Texas.

Graveside Service will be held at 11:00 a.m. on Tuesday, December 4, 2018 at Sons of Hermann Cemetery in Orange Grove, Texas.