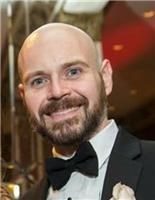 BORN
1983
DIED
2021
FUNERAL HOME
Johnson Funeral Home - Lake Charles
4321 Lake Street
Lake Charles, LA
Christopher Morgan Graham passed away on July 11, 2021 in his home, surrounded by his loving family, at the age of 38. He was born on June 27, 1983 in Lubbock, Texas to parents Larry M. Graham and Patricia A. McCarty Graham. Christopher graduated from Jesuit High School in 2001 in his adopted hometown of New Orleans, Louisiana. He went on to graduate from Louisiana State University with a Bachelor of Arts degree in History in 2005 and a Bachelor of Science degree in Biology in 2008. He attended Louisiana State University School of Medicine where he graduated in 2012. He then completed an internship year in New Orleans before moving to Columbus, Ohio to begin his residency in Radiology. There, he met his beloved wife, Nicole Freitag Graham. Despite his cancer diagnosis, the two were married on August 27, 2016. Upon completion of his residency program, Christopher and Nicole moved to Lake Charles where he joined Access Radiology and practiced at various hospitals across Southwest Louisiana. The couple enjoyed nearly 5 years of marriage, during which time they welcomed their son, Gabriel (2019), and traveled to numerous medical facilities seeking treatment for both his cancer diagnosis and subsequent post-operative complications.
A special note of thanks to those individuals across the country who supported, comforted, and opened their homes to Christopher and Nicole during his various treatments. The family has been greatly comforted by the outpouring of love and support from the community throughout the duration of Christopher's battle with peritoneal mesothelioma. Specifically, a particular thanks to everyone too numerous to even begin to recognize who supported his family with donations, meals, visits, but most importantly through prayer. The family further wishes to thank each team of physicians, nurses, and researchers who provided treatment and surgery throughout Christopher's treatment. Additionally, a heartfelt thank you to Heart of Hospice and Christopher's nurse, Amy, who exerted patience and perseverance until the very end.
Christopher most loved his family, especially the great joy he received in watching his son, Gabriel, grow and flourish. He had a deep love of scuba diving, space, photography, participating in Mardi Gras by riding in the Krewe of Endymion with his father, anything LSU or New Orleans related, and sharing and conversing about his beliefs with others. He took great pleasure in helping and advocating for all of his patients throughout his career by providing care, compassion, and understanding from the perspective of having been a patient himself. He also wrote blog entries for the Mesothelioma Applied Research Foundation wherein he detailed his experiences both from the perspective of patient and physician. If you are interested in reading Christopher's story you can visit: www.curemeso.org/blog/christopher-graham.
Christopher is survived by his beloved wife, Nicole, and their son Gabriel Morgan. He is further survived by his parents, Patricia A. Graham and Larry M. Graham (Kim); his sisters, Megan Callahan (James), and Emily Graham; his nieces and nephew, Eric, Natalie, and Cailin Callahan; his maternal grandmother Annette M. McCarty; and various aunts, uncles, and cousins.
He was preceded in death by his grandparents, Evan L. Graham, Celesta N. Graham, and James J. McCarty.
In lieu of flowers, contributions can be made to the Mesothelioma Applied Research foundation at curemeso.org.
Relatives and friends are invited to attend a visitation at St. Margaret's Catholic Church in Lake Charles from 12-1pm followed by Mass at 1pm on Thursday, July 15, 2021. A graveside service will be held at a later date in New Orleans with close family and friends.
Published by American Press on Jul. 14, 2021.
To plant trees in memory, please visit the Sympathy Store.
MEMORIAL EVENTS
Jul
15
Visitation
12:00p.m. - 1:00p.m.
St. Margaret's Catholic Church
Lake Charles f, LA
Jul
15
Funeral Mass
1:00p.m.
St. Margaret's Catholic Church
Lake Charles, LA
Funeral services provided by:
Johnson Funeral Home - Lake Charles
MAKE A DONATION
MEMORIES & CONDOLENCES
Sponsored by Johnson Funeral Home - Lake Charles.
19 Entries
I am saddened to learn of Chris' passing. I'm a fellow meso patient and he was an inspiring individual to the entire community. My sympathies go out to his wife, son, family and friends. He will be missed but his legacy will remain. 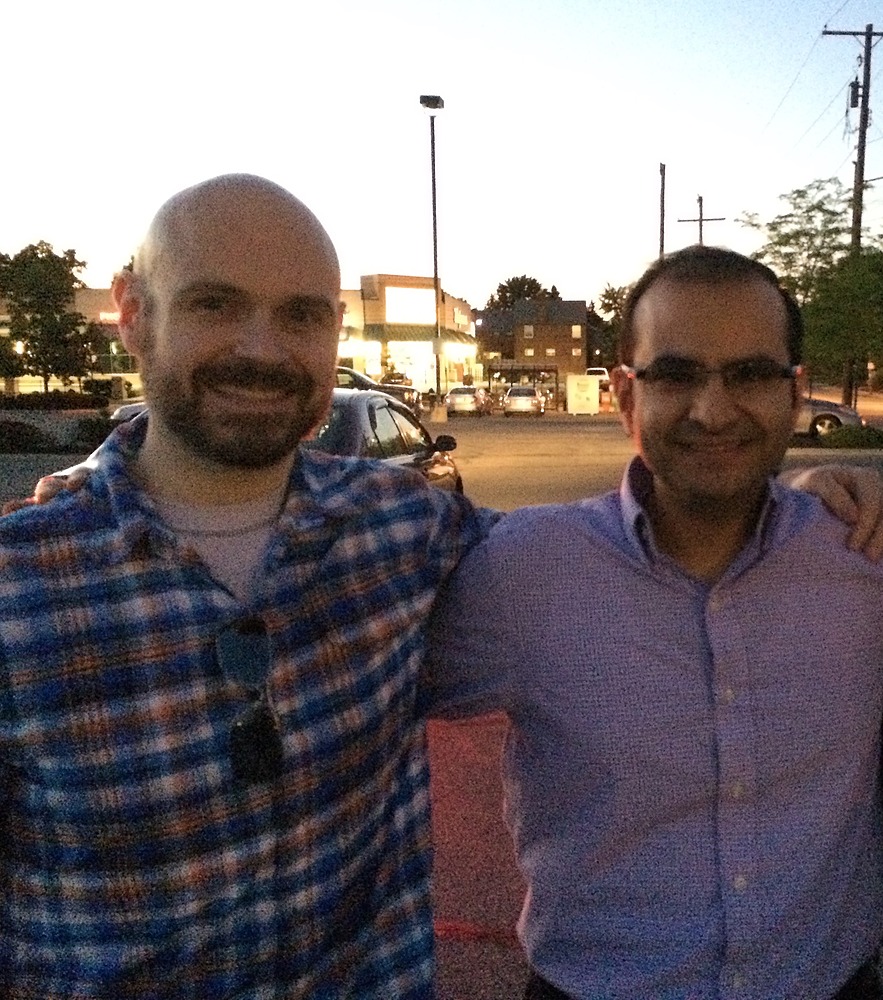 Chris was a dear friend, a wonderful colleague, and an amazing role model for many of us. He was a man of principle, integrity, and faith. He brightened an entire room with his presence, incredible wit, and affable warmth. He fought his battle with grace, courage, and strength, and was a true inspiration to me and everyone he met. I will always cherish our conversations and memories, and his extraordinary insights and thoughtfulness. It is a true honor and blessing to have known him. My deepest condolences to his family and friends. His family is my thoughts and prayers during this difficult time. May they find strength and comfort in knowing that he is in a better place, free of pain. He will be deeply missed, more than words can describe. May you rest in peace, my dear friend and brother. Until we meet again. -Mina 2 Timothy 4:7-8 "I have fought the good fight, I have finished the race, I have kept the faith. Now there is in store for me the crown of righteousness, which the Lord, the righteous Judge, will award to me on that day-and not only to me, but also to all who have longed for his appearing."
Mina Makary
Friend
July 25, 2021
Christopher was an amazing husband, father, physician, writer and human being. He inspired myself and all those that knew him. May his light continue to shine through the memories you hold close.
Jen Lifer
Friend
July 18, 2021
I enjoyed talking with Christopher while in IR; his blogs were phenomenal as they had the perspective both as a physcian and patient. Much love, Nichole.
Julie Lawson
Friend
July 17, 2021
Holding the entire family in prayer. May God continue to give you comfort during this difficult loss.
Prayerfully. Sherry
Sherry Schofield
Friend
July 15, 2021
Dear Megan and Family,

I am so saddened to hear about Christopher's passing away. I know that the last few years must have been a struggle for all of you after his diagnosis. Meg, I remember how much you looked up to your brother. Be assured of my continued prayers during this difficult time.

Sincerely,
Chris Holcomb
Chris Holcomb
Friend
July 15, 2021
I met Christopher when he was in medical school in New Orleans with my husband. He quickly struck me as being a very cultured, curious and knowledgeable person. The more I got to know Christopher, the more I admired his ability to converse and debate on so many subjects with anyone. I was also very fond of his wonderfully clever sense of humor. His very subtle, yet on point comments, at the most unexpected time, made me laugh to tears on many occasions.
I feel very grateful and fortunate to have known Christopher. His courage, dignity, and generosity while fighting his last fight were so admirable. Nicole, we are grieving with you. You are such an exceptional human being. You fought day after day, against all odds, to give Christopher a marriage, fatherhood, and more time among us. Thank you.
Perrine Whipple
Friend
July 15, 2021
he a good kind person and good Man to wife and son
Dan Vinson
July 14, 2021
Dr. Graham was always so kind to everyone. He was one of the best radiologists I have ever worked beside and I’m so thankful to have met him! I will always remember his many pairs of colored converse he wore to work and the kindness he had toward his techs and patients. Dr. Graham was truly one of a kind! Praying for your family during this difficult time and I send my deepest condolences.
Morgan Filipski
Coworker
July 14, 2021
You have our deepest sympathy. May God bless your entire family, and may His presence give you comfort .
Don, Shantay , and Abigail Thomas
Don and Shantay Thomas
July 14, 2021
My condolences to his family. I went to Jesuit with Chris and was in the band and ROTC with him. He was a good guy and will be missed.
Collin Driscoll
School
July 14, 2021
I loved working with Dr Graham! I am so sorry for your loss. You and your family are in my prayers.
Jeanne Chaffin
Coworker
July 14, 2021
Our thoughts on prayers are with the family.
Steve and Kathy Willis
Family
July 13, 2021
You have my deepest condolences Nicole. It was a pleasure knowing and working with Christopher. I pray for God's blessings and comfort for you, Gabriel, and all of the family.
Jan-Cherie Crooks
Friend
July 13, 2021
Christopher was such a compassionate human being and physician. His willingness to share his journey both physically and spiritually and to help others during his illness shows the kind of person he was. He had such a sense of humor. It was a pleasure knowing him both personally and professionally. Prayers for peace and comfort for Nicole, BBGB and his family.
Cindy Mayer
Friend
July 13, 2021
I’m so very sorry for your loss Nicole. I pray for peace in this difficult time. Please don’t hesitate to reach out if you need anything, even just to talk.
Laura Wright
Friend
July 13, 2021
What a legacy Christopher has left us. His contributions to medicine and in patient advocacy and in so elegantly sharing his story and his beliefs. We have all been changed by his life. I'll miss his wisdom and his laughter. Love to Nicole and the family.
Joy Torres
Friend
July 13, 2021
My thoughts and prayers are with Megan and her family in this time of grief.
Melissa Derrick
Friend
July 13, 2021
Teresa Schmelzer German
July 13, 2021
Showing 1 - 19 of 19 results