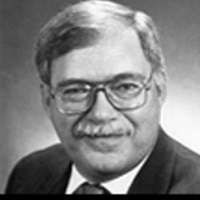 BORN
1942
DIED
2021
FUNERAL HOME
Adams Funeral Home & Cremation Service - Ames
502 Douglas Avenue
Ames, IA
Duane Carroll Abbey
Duane Carroll Abbey passed away June 16, 2021 from complications of congestive heart failure.
Duane was the founder and president of Abbey & Abbey, Consultants, Inc. Duane founded his company in the 1980s and had it incorporated as Abbey & Abbey, Consultants, Inc. on November 1, 1984. His entrepreneurial spirit kept him going until March 2020. The firm had clients across the country ranging from the UCLA Medical Center and the Cleveland Clinic to small hospitals in rural areas. His passion for educating medical coders and billers all around the country never stopped. His work took him over one million miles through the air and he was a frequent visitor to the Des Moines Airport. He served as an educator for most of his life as he had a Ph.D. in Mathematics from Iowa State and a Master of Mathematics from Notre Dame. He has fourteen published books on topics such as hospital chargemasters, compliance, the RAC audits, coding, billing and reimbursement, and many other topics. Further, Duane was a prolific writer and published a monthly healthcare reimbursement newsletter for decades that was read by thousands.
Duane started his work career at age fourteen as a stock boy at Katz Drug Store. He held multiple jobs to save money for college. During his senior year at Iowa State University, Duane met his future wife, Mary Wall, in a math class. In 1964 Duane received his B.S. degree in Mathematics and left Iowa to teach high schoolers the joy of math in Omaha, NE. Mary followed him the next year and was a computer programmer in the accounting department at Northwestern Bell Telephone. Duane and Mary were married in June of 1966 and celebrated their 55th wedding anniversary on June 11th of this year. In 1967 Duane had a scholarship from the University of Notre Dame and graduated in 1968 with an M.S. in mathematics. Duane decided to pursue a Ph.D. and earned his Ph.D. in mathematics in 1972 at Iowa State University.
After his extensive studies of Mathematics, he became director of computer education for the State of Iowa's programming department. He advanced to Division Director in the Comptroller's office. Duane saw opportunity in the healthcare consulting business and the requisite use of computing technology that remained nascent at the time. This consulting evolved into Duane's becoming a national expert in healthcare reimbursement issues, government rules, and resultant regulations.
Duane is survived by his wife, Mary, and his son, James, along with his younger brother, Nathan Abbey, and sister, Lisa Bell. James' wife and five-year-old twin grandchildren also survive Duane. Additionally, there are multiple cousins, nieces and nephews. In his final days, Duane took joy in being with family, particularly his twin grandchildren whose endless passion for life kept his spirits up during his last days. He will always be loved and will be missed by many.
A private family graveside service will be held at the Ames Municipal Cemetery. Funeral arrangements are under the direction of the Adams Funeral Home and online condolences may be left for Duane's family at www.adamssoderstrum.com. Cards may be directed to The Family of Duane Abbey, c/o Adams Funeral Home, P.O. Box 745, Ames, Iowa 50010.
To plant trees in memory, please visit our Sympathy Store.
Published by Ames Tribune from Jun. 18 to Jun. 20, 2021.
MEMORIAL EVENTS
No memorial events are currently scheduled.
To offer your sympathy during this difficult time, you can now have memorial trees planted in a National Forest in memory of your loved one.
Funeral services provided by:
Adams Funeral Home & Cremation Service - Ames
MAKE A DONATION
MEMORIES & CONDOLENCES
Sponsored by Adams Funeral Home & Cremation Service - Ames.
1 Entry