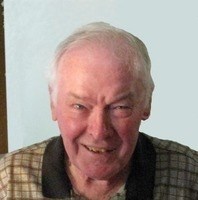 BORN
1926
DIED
2021
FUNERAL HOME
Boeke Funeral Home
201 E. Minnie
Radcliffe, IA
Maurice "Jens" Klatt
Ames - Maurice David Klatt was born June 30, 1926 in Radcliffe, Iowa to Ellen (Clark) and Maurice Klatt. Although he was named after his father, when he was a young boy a Norwegian gentleman in Radcliffe nicknamed him Jens. The name followed him all through his life. Jens had many fond memories of his life in Radcliffe. He graduated from Radcliffe High School in 1943 and joined the US Navy in 1944 discharged in 1946 and married LeeAnna Hinderaker in 1949. Jens and LeeAnna moved to Montana for the first two years of their married life, and then returning to Iowa Jens was manager of the Radcliffe Cooperative Lumber Yard. During his time as Manager, Jens served as Mayor of Radcliffe and became a father for the first time. David was born in 1951. Jens moved his family to Ames, Iowa in 1959 when Jens accepted an offer to purchase The Ames Lumber Company. A son, Jon was born in 1961. Jens owned and operated Ames Lumber Company until 1971. Not wanting to retire, Jens got his Real Estate License and joined the Beatty Real Estate firm to begin his new career. He later joined Grey Realty and formed many lasting friendships, and then completed his career as a Realtor with Triplett Real Estate and again, made many long lasting friendships. Jens enjoyed Iowa State Basketball and was an usher at the games for a couple of years after Hilton Coliseum opened.
He also enjoyed hunting and was a member at Izaak Walton and enjoyed teaching his sons and grandsons how to hunt and fish. As many of you know, Jens was an avid golfer and member at the Ballard Golf and Country Club. He was most proud when he made a hole-in-one.
His last big adventure was in 2012 when he went to Washington D.C. with many other war veterans on the Iowa Freedom Flight to be honored for his service in WW II. He enjoyed this trip very much.
He leaves his sons, David and daughter-in law, Becky; Jon and daughter-in law Cris. Grandsons, Aaron (Nicole), Heath, Nick (Amanda) and granddaughters Madison, and Mya, great- grandchildren Chase, Ava, Willamina, and sister, Maureen Hemphill, and sister in-law Barbara North, and many nieces and nephews. He was proceeded in death by his wife, LeeAnna, Granddaughter, Michelle; and Sisters, Coral and Darlene. He will be deeply missed by all his friends and relatives.
Visitation will be 1:00, Wednesday June 2, with Funeral Service to follow at 2:00 at Bethesda Lutheran Church, Ames. Interment will be at the Radcliffe Cemetery at a later date. The family requests in lieu of flowers please make a memorial gift in Jen's name to Lutheran Social Services of Iowa, Ames Beloit Campus. Boeke Funeral Home, Radcliffe, Ia is in charge arrangements.
Published by Ames Tribune from May 26 to May 27, 2021.
To plant trees in memory, please visit the Sympathy Store.
MEMORIAL EVENTS
Jun
2
Visitation
1:00p.m.
Bethesda Lutheran Church,
Ames, IA
Jun
2
Funeral service
2:00p.m.
Bethesda Lutheran Church
Ames, IA
Funeral services provided by:
Boeke Funeral Home
MAKE A DONATION
MEMORIES & CONDOLENCES
Sponsored by Boeke Funeral Home.
0 Entries
Be the first to post a memory or condolences.