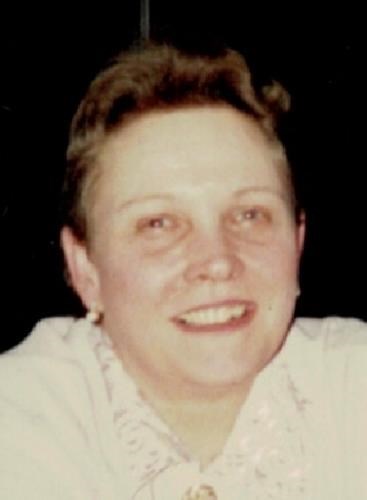 BORN
1943
DIED
2020
ABOUT
Saline High School
FUNERAL HOME
Robison-Bahnmiller Funeral Home, Inc.
301 East Michigan Ave.
Saline, MI
Stimac, Barbara Jean Saline, MI Barbara Jean Stimac of Saline, Michigan passed away peacefully on Monday, November 16, 2020. Barbara was born June 23, 1943 and was raised by the late Lillie N. (Hemenway) Zollner of Saline, Michigan. She graduated from Saline High School in 1961, and began working at Edward Brothers of Ann Arbor. On February 22, 1969 she married James R. Stimac of Calumet, Michigan. James passed away this April 2020. She had one daughter Nicole L. (Stimac) Wurst of the Chicago area, who she is survived by. She was a dietitian for the Saline Hospital until she retired in 1996. On May 25, 2002 her daughter Nicole married John A. Wurst of Toledo, Ohio. They have 3 sons; James A. Wurst (19), Sean T. Wurst (17) and Bryce A. Wurst (13), all of the Chicago area. Her 3 grandson's were her world and they were all very close. She is also survived by 2 sister-in-laws, Rita (Stimac) Erkkila and Delores (Stimac) Kotajarvi both of Calumet, Michigan, and 1 nephew Albert Erkkila of Calumet, Michigan. She also had 2 dogs Shilo and Gracie who filled her days with love and enjoyment. Barbara was a wonderful person. She enjoyed people and never met a stranger. She will be missed by many. To sign Barbara's guestbook, to leave a memory, or for more information please visit www.rbfhsaline.com.

Published by Ann Arbor News from Nov. 20 to Nov. 22, 2020.
MEMORIAL EVENTS
To offer your sympathy during this difficult time, you can now have memorial trees planted in a National Forest in memory of your loved one.
Funeral services provided by:
Robison-Bahnmiller Funeral Home, Inc.
MAKE A DONATION
MEMORIES & CONDOLENCES
Sponsored by The Family.
0 Entries
Be the first to post a memory or condolences.