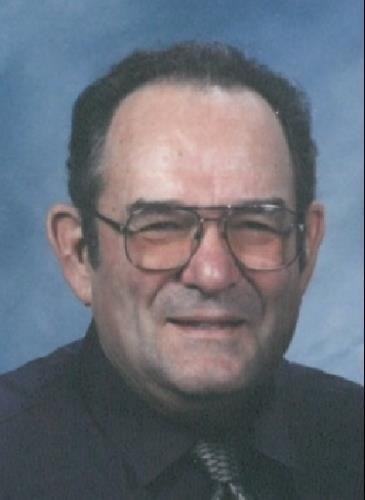 BORN
1932
DIED
2021
ABOUT
Saline High School
Schnierle, George Theron 12/14/1932 - 8/4/2021 George, age 88, entered his heavenly home on Wednesday, August 4, 2021 after his years of battling Parkinson's. He was born on December 14, 1932 to Theron and Clara (Girbach) Schnierle. At the age of nine, he drove the tractor and helped with a baler his dad had bought, so they could help the neighbors as several men were called to WWII. George graduated from Saline High School and attended Michigan State University short course. He also served in the Army Reserves. George married Janet Joy Waldie on July 7, 1962. George was a lifelong resident of Lodi Township in the agricultural capacity. He was dedicated to his dairy farming as well as his cash crops and custom combining. George found time to be a driver for Washtenaw Farmers Oil Co. for several years. He was also a lifelong member of Michigan Farm Bureau, Junior Farm Bureau, and Zion Lutheran Church of Ann Arbor where he served on various committees and was an usher. George also served on the Lodi Twp. Board. After retirement, George and Jan were fortunate to have included three trips to Germany, several cities, and best of all, spent over 20 years of winters in Arizona. George is survived by his wife, Janet; his sister, Christina (Nate) Judson; and several nieces and nephews. Cremation has taken place. A memorial gathering will take place on Sunday, August 15, 2021 from 12:30pm until the time of the memorial service at 2pm at Zion Lutheran Church, 1501 W Liberty St., Ann Arbor, MI 48103. A private burial will be held at Bethlehem Cemetery, Ann Arbor, Michigan. In lieu of flowers, memorial contributions may be made in George's name to Zion Lutheran Church; the Diuble Family Vision Foundation by mail to 11810 Bethel Church Road, Manchester, MI 48158; or to the Hospice of Lenawee by mail to 1903 Wolf Creek Hwy., Adrian, MI 49221. George's family would like to pay special thanks to the Ronald and Peggy Diuble family for all of the care, concerns and help. Also, thanks to the Hospice of Lenawee for the excellent home care at their special home care facility.