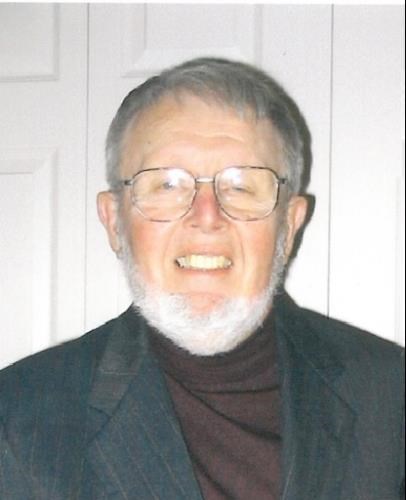 BORN
1933
DIED
2021
FUNERAL HOME
Nie Funeral Home, Inc.
2400 Carpenter Road
Ann Arbor, MI
Miller, Harvey J. Jr. 3/3/1933 - 7/14/2021 Ann Arbor Harvey J. "Bing" Miller Jr., 88, of Ann Arbor, passed away July 14, 2021. Harvey was born March 3, 1933 in Detroit, Michigan to parents Harvey and Esther Miller. Shortly after his birth the family moved to Ann Arbor. He attended Ann Arbor High School as a graduate in the class of 1951. He was drafted into the U.S. Army after high school and served his country proudly during the Korean War from 1951 to 1953. After returning home, Harvey enrolled in Cleary College of Ypsilanti, Michigan and earned his Associate's Degree. In the same year he started his studies, he began his career working at the Ann Arbor Post Office. In 1961, Harvey married his loving wife, Joyce. They had two sons, John (Cicie) and Mark. As a family, Harvey was a very involved parent, participating in Scouts and coaching various sports teams. Harvey retired from the Ann Arbor Post Office in 1990 which gave him more time to spend with his adored grandsons John and David. He frequently attended all of their activities, always providing love and support in their many endeavors. He was an avid University of Michigan sports fan and a long time usher at football and basketball games. When Harvey wasn't spending time with his family, he loved to golf and travel. He kept his mind sharp with his interest in American History. In particular, he focused on the American Revolution and Civil War with visits to well known historical sites. He was a member of various groups including: Golden Rule Masonic Lodge of Ann Arbor, Zal Gax Grotto Club of Ann Arbor, Washtenaw County Historical Society, and Webster Township Historical Society. He is survived by his loving son, John (Cicie) Miller and his cherished grandsons John (Elise) Miller and David Miller. Harvey is preceded in death by his beloved wife Joyce, his dear son Mark S. Miller, and his parents Harvey and Esther Miller.

To plant trees in memory, please visit our Sympathy Store.
Published by Ann Arbor News from Jul. 16 to Jul. 17, 2021.
MEMORIAL EVENTS
No memorial events are currently scheduled.
To offer your sympathy during this difficult time, you can now have memorial trees planted in a National Forest in memory of your loved one.
Funeral services provided by:
Nie Funeral Home, Inc.
MAKE A DONATION
MEMORIES & CONDOLENCES
Sponsored by The Family.
5 Entries
Friends and class mates from Bach School, Slauson, and Ann Arbor High and class reunions. Enjoyed his friendship!! Doris May (Luenser) Thompson
Doris Thompson
July 23, 2021
Very sorry to hear of Bing's passing. He was such a nice and fun person. I fondly remember our many trips to Michigan to visit the relatives that always included playing golf at Reddemon Farms and having breakfast at Bell's Diner. The story telling and banter were so much fun. Laughing with Bing and Joyce and the cousins is a wonderful memory. My thoughts are with you.
David Pollard
July 19, 2021
So sorry to hear about Bing. Worked with Joyce at St Joes in the operating room and loved hearing her stories about Bing. Our condolences. Suzette and Rick Isackson
Suzette Bouchard-Isackson
Friend
July 17, 2021
Wonderful memories from late sixties and early seventies of all night bridge games (pre children on our side) on Easy Street. That all ended when Larry and I had our children. My first date with my future husband was at a New Year's Eve party hosted by Bing and Joyce. Great memories rushing back as I write this. Always fun.
Rosemary Baldwin
Friend
July 17, 2021
Wonderful memories of Bing! Never to be forgotten are his gentle, patient, humorous ways, all of which have blessed our family. Bing is a marvelous husband, father, grandfather, coach, friend. I am so grateful to know him. Susan Nordlinger
Susan Nordlinger
Friend
July 16, 2021
Showing 1 - 5 of 5 results