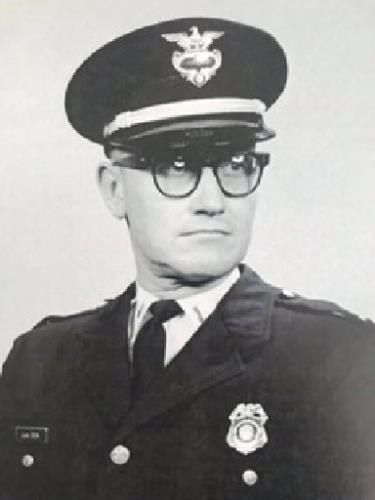 BORN
1928
DIED
2022
Zeck, Howard 6/28/1928 - 1/7/2022 Richmond, Virginia Howard Ray Zeck, 93, Richmond, VA Survived by: His wife, Dorothy. Their children: Teresa Marentette (Tom-deceased) of Westland, Michigan, Monica Radakovich (Leo) of Richmond, VA, Cecilia Walker (Dale) of Farmington Hills, Michigan, Daniel Zeck (Lisa) of Moncks Corner, South Carolina. He leaves behind 6 grandchildren and 9 great grandchildren. He is also survived a sister, Doris Kosley of Marco Island, Florida. A funeral service will be planned for spring at St Francis Catholic Church in Ann Arbor. Howard Ray Zeck, Born 06/28/1928, End of Watch 01/07/2022. Howard Ray was born on the family farm near Conde, South Dakota a few minutes before his identical twin brother Harold Roy Zeck. The twins were born to Milo R. And M. Hazel Zeck. Unfortunately, Harold succumbs to pneumonia at seven months of age. Howard left the farm at age 17 to enlist in the army. He was deployed to Korea as part of the force designated to liberate Korea from Japanese rule as an artillery man. As a result he was awarded the WWII Victory Medal and the Korean Liberation Medal. He returned home and married his high school sweetheart, Dorothy Elizabeth Klapperich, on May 1, 1948 to begin a 73 year marriage. Howard and Dorothy moved to Michigan in 1950, where he soon became an Ann Arbor police officer. He served in the patrol/traffic division in the ranks of patrolman, sergeant, lieutenant, captain and ultimately major. He retired in 1978 as the third ranking command officer of the police department. After he retired, he moved to the Washtenaw County Sheriff Department to become the manager of their fleet of automobiles, a position he held for 10 years. Howard was actively involved in his community. As a member of the Knights of Columbus, he achieved the rank of Grand Knight, and also served as District Deputy for a number of years. This enabled him to enjoy the annual conference at the Grand Hotel in Mackinac Island for many years. He also worked on Saturdays for University of Michigan football games. He ran a sideline crew for 65 years. He also was an active member of St. Francis of Assisi Catholic Church in Ann Arbor, where he still has treasured friends and priests. At age 89, Howard and Dorothy moved to Richmond, Virginia to live out their final years in an independent living setting. It was in his home where he peacefully passed away at the age of 93. Nie Funeral Home, Ann Arbor
Published by Ann Arbor News from Jan. 10 to Jan. 13, 2022.
MEMORIAL EVENTS
To offer your sympathy during this difficult time, you can now have memorial trees planted in a National Forest in memory of your loved one.
MAKE A DONATION
MEMORIES & CONDOLENCES
Sponsored by The Family.
11 Entries
The Zeck family It was good to see your parents a few years back when we were both in Ypsi. Of course I couldn't miss their warm, caring smiles as they approached me. I remember them as top notched neighborhood parents. Jody
Jody Heumann McVay
January 14, 2022
My deepest sympathies and heart filled condolences to Dorothy and the family. You were a wonderful and trusted neighbors for many years. Rest In Peace god bless
Matt delonis
January 12, 2022
My deepest sympathies to Dorothy and Family. I met Dorothy and Howard when Howard was the Board President of Alpine Condominiums, my company manages Alpine. In my business I meet some very special and dedicated people and Howard and Dorothy are certainly one of these people. We became more than just business associates, we became friends. Rest in Peace my friend.
Frank Gucker
Friend
January 12, 2022
My thoughts and prayers are with you and your family. I have many wonderful memories with you and Howard. He was a great neighbor and friend. We will keep in touch.
Melinda Bachman
January 12, 2022
Dear Dorothy and family- We are saddened to hear of Howard's passing. What a wonderful man! We are praying for you all and hope to attend the memorial at St. Francis in the spring. May God's peace and consolation be with you all! Love from Ann, Theresa, and Jean Whiting
The Whitings of Alpine condos
Friend
January 12, 2022
My condolences to you Terry and the rest of your family. What a wonderful long life he loved. Makes me remember my parents. Your father was held in high regard by my father.
Jean Hergott
Friend
January 12, 2022
Please accept my sincere condolences. May he Rest In Peace. God bless.
Judy Carson
January 12, 2022
I will miss Uncle Howard calling me RITA the red head although I never really had red hair! He called me that always
Rita
Family
January 11, 2022
So sorry to hear about your Dad, Terry. Your folks were always so kind & welcoming. You & your family are in my heart & prayers.
Nancy Currier Von Hofe
Other
January 11, 2022
Monica, I am so sorry to hear of your loss. My thoughts and prayers are with you and your family.
Colleen (Gilbert) Kinson
January 11, 2022
Dear Aunt Dot and family, I'm so sorry to hear of Uncle Howard's passing. He was a wonderful man. I wish you peace. Love, Candy
Candice Lynn Klapperich
January 10, 2022
Showing 1 - 11 of 11 results