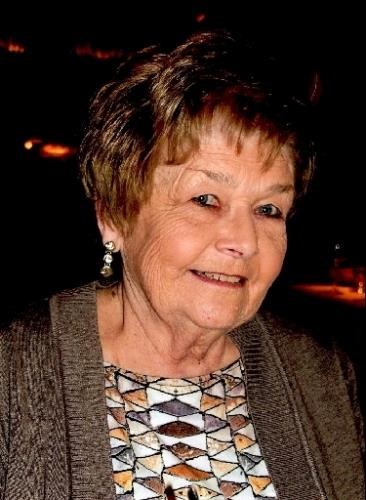 BORN
1938
DIED
2022
FUNERAL HOME
Hosmer-Muehlig Funeral Chapel
3410 Broad Street
Dexter, MI
Warden, Margaret 6/15/1938 - 1/7/2022 Dexter Margaret June Warden, age 83, passed away peacefully surrounded by her family on Friday, January 7, 2022. Margaret was born on June 15, 1938 in Roscommon, Michigan to Evelyn and Harry Harness. Margaret attended West Branch High School in West Branch, Michigan. She was a majorette in the band and played the oboe. She also performed with the Interlochen Center for the Performing Arts as a member of the symphony orchestra. Once she completed her education, Margaret moved to Ann Arbor, Michigan where she met her soon-to-be husband, James Warden. The couple married in 1957 in West Branch at the Methodist Church. They moved to Dexter where they raised their family and went on memorable road trips throughout the U.S. and Canada. Throughout her life she was an active member in the Dexter community and was involved with the Dexter PTO, Band Boosters, The March of Dimes, and The United Way. She served as chairwoman of the Dexter Blood Bank and president of the Dexter Jaycettes where she was named Outstanding Woman of the Year. She was named Dexter's Outstanding Young Woman by the Huron Valley Girl Scouts where she worked as a troop organizer. She was active for many years with various horse organizations. She was a 4-H leader and served on committees for the Michigan Quarter Horse Association and the Michigan Horse Council. In 2003, she was named Volunteer of the Year and she and Jim were presented with the Catalyst Award from the Michigan Horse Council in 2016. Throughout her professional life, Margaret was a woman who truly loved her work as a bookkeeper and would continue to work into her 80's on a part-time basis. She was a woman of strong faith and was an active member of the Dexter United Methodist Church for over 60 years. She joined various church groups and sang in the church choir. She and Jim also enjoyed many opportunities to travel with church friends. Margaret was a devoted wife, mother, and grandmother and is survived by her husband, James Warden; daughter Lori Rosa (Gary); son Lance Warden (Martha); daughter Lynne Comstock (Christopher); brother Richard Florance (Jan); and 11 grandchildren: Ryan Rosa, Brendan Rosa, Andrew Rosa, Katie Rosa, Nico Warden, Alicia Warden, Jordan Comstock, Tara Comstock, Paige Comstock, Carly Comstock and Haley Comstock. Margaret was preceded in death by her mother, Evelyn Dorn, father Harry Harness, and sister Mary Palmer. A celebration of Margaret's life will be held Saturday, January 15, 2022 at the Dexter United Methodist Church, 7643 Huron River Drive, Dexter, MI 48130. Visitation is at 10:00 a.m. followed by the memorial service at 11:00 a.m. The family asks those who will be in attendance to please wear a face mask. In lieu of flowers, contributions in Margaret's memory may be made to a charity of your choice. Fond memories and expressions of sympathy may be shared at www.hosmermuehlig.com for the Warden family.
Published by Ann Arbor News from Jan. 11 to Jan. 13, 2022.
MEMORIAL EVENTS
Jan
15
Visitation
10:00a.m.
Dexter United Methodist Church
7643 Huron River Drive, Dexter, MI
Jan
15
Memorial service
11:00a.m.
Dexter United Methodist Church
7643 Huron River Drive, Dexter, MI
Funeral services provided by:
Hosmer-Muehlig Funeral Chapel
MAKE A DONATION
Please consider a donation as requested by the family.
MEMORIES & CONDOLENCES
Sponsored by The Family.
11 Entries
Today, 18 years ago my mama went to heaven. -Margaret was like a second mom to me. From the moment we met, she was kind, caring, generous with her time and resources. She taught me many lessons. We shared many laughs and tears too. Now she is in heaven, resting, with my mom and her mom. Mom-Margaret, I will miss you so incredibly much. You will always be in my heart.
Martha W.
Family
January 17, 2022
We are so sorry to hear of Margaret's passing. Our sincere condolences to your family. Margaret was such a selfless and beautiful woman. She will be greatly missed.
Les and Carol
January 16, 2022
To Jim, Lori, Lance, Lynne and Family, Our thoughts and prayers are with all of you for peace and comfort. Margaret´s memorial today was so beautiful. She would be so proud of all of you. She was such a sweet lady who will be very missed. With love and sympathy,
Bonnie & Charlie Crooks
January 15, 2022
I was so sorry to hear of her passing. Thoughts and prayers to the family.
Ricki Jo McQuarrie (Easterling)
January 15, 2022
To Jim and family, my deepest condolences. Margaret will always be my sweetest cousin. I will miss her dearly...
Donna Thompson
Family
January 15, 2022
Margaret always had a smile to greet everyone. She was kind, loving, and generous with her time. I will miss her very much at our family gatherings. Thank you for being so very lovely, Margaret. My memories of you are cherished.
Vera Boychuck
January 15, 2022
Margaret was a gracious and caring lady. Together we were members of Women of the Word (WOW) group where we could share our concerns and joys. She will be missed.
Jane Boyce
January 14, 2022
Our condolences to Jim and family!
alan mosher
Friend
January 14, 2022
So very sorry to hear that Margaret has passed. She was always a lovely lady, with a beautiful smile. She was a great horse how Mom! I have great memories of the friendship she shared with my Aunt Ruth Holliday. Hugs to the family!
Mary Schnearle-Robertson
Friend
January 14, 2022
So sad to read of Margaret's passing. I worked with Margaret for 10 years at Photo Systems. Margaret was loved by all. To the family my condolence and hugs.
Arvalene "Tootie" Ackley
January 12, 2022
My heartfelt condolences Jim. May the love of friends and family carry you through your grief.
Cliff Blossom
Friend
January 11, 2022
Showing 1 - 11 of 11 results