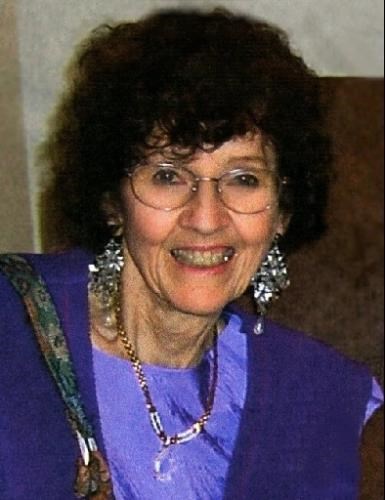 BORN
1928
DIED
2020
ABOUT
Saline High School
FUNERAL HOME
Staffan-Mitchell Funeral Home
901 N Main St
Chelsea, MI
Mynning, Wilma 7/5/1928 - 10/2/2020 Dexter, Michigan Age 92, died peacefully at home after a period of declining health. Daughter of Dorothy (Finkbeiner) and Julius Alber, Wilma was born at home on the family farm in Clinton, the youngest of four children. In addition to her parents, she was preceded in death by her siblings, Florence Harvey, Paul Alber, and Ella May Smith; her husband, Russell J. Mynning; and a son, David R. Mynning. Wilma is survived by a daughter, Rosemary Downer (Thomas); grandson, Paul Roberts (Karen); and great-grandchildren, Janie, Sophie, and William Roberts. Other survivors are her sisters-in-law, Jacqueline McGinn and Dorothy Alber, as well as numerous nieces and nephews. Following graduation from Saline High School in 1945, Wilma found employment as a bookkeeper in Ann Arbor. She was living with her sister and brother-in-law, Ella and George Smith, in their home located on Pratt Road, just down the road from a family named Mynning. Whether by design or luck, Wilma met the love of her life when Russ Mynning was hitchhiking, and she stopped to give him a ride home. Russ and Wilma were married on December 27, 1947 at St. Thomas Catholic Church, Ann Arbor, and were together for 70 years until Russ' death in 2018. Wilma was an avid gardener and cook, skilled seamstress, joyful dancer, committed organizer of family events, savvy card shark, and exceptional raconteur. She was kind and generous to her extended family, and a dedicated volunteer for the Knights of Columbus Ladies' Auxiliary and St. Joseph Catholic Church, Dexter. Wilma was a woman of faith, love, determination, and purpose. She often said, "With God, all things are possible," but also, relying on her own fortitude and pluck, "Where there is a Wilma, there is a way!" Special thanks to: family, for their prayers, support, love, and laughter over the years; Paul and Karen Roberts; Betty Raab, for hands-on assistance, especially in times of need; the good neighbors at The Cedars of Dexter; Father Brendan and parish members from St. Joe's Church; Wilma's caregivers from Our Family Friend; and Arbor Hospice for their kind care. A private memorial service and burial are planned. Donations in Wilma's memory can be made to St. Joseph Catholic Church, 3430 Dover Street, Dexter, MI 48130, the Arbor Hospice Foundation, or a charity of one's choice. Arrangements by Staffan-Mitchell Funeral Home, Chelsea, www.mitchellfuneral.com.
Published by Ann Arbor News from Oct. 19 to Oct. 25, 2020.
MEMORIAL EVENTS
To offer your sympathy during this difficult time, you can now have memorial trees planted in a National Forest in memory of your loved one.
Funeral services provided by:
Staffan-Mitchell Funeral Home
MAKE A DONATION
Please consider a donation as requested by the family.
MEMORIES & CONDOLENCES
Sponsored by The Family.
3 Entries
Condolences to the family. She did live a very long and wonderful life. We knew her through our parents, doc and Terry Hergott. She always Had a great big smile on her face. My parents hosted a Fundraising event each year for St. Louis school. It was a formal affair and everyone came dressed and their tuxes and gowns. As kids we all remember your mother. She was always stunning and wore gloves that went up past her elbows. As kids we were always excited to see your mom arrive at the party. To this day I cannot see those long gloves on someone, in a magazine, or at a store without thinking of her. As my dad would have said, great lady.
Jean Hergott
Friend
October 23, 2020
Aunt Wilma, for many years you were a huge contributor with our family gatherings and I’ll always cherish those memories. We will all be together again, until then keep the game of Spoons going!
Love and Peace
Glo Feldkamp
Family
October 21, 2020
My thoughts and prayers are with you.
Karen Samford, daughter of Sylvia Finkbeiner Weber
Karen Weber Samford
Family
October 19, 2020
Showing 1 - 3 of 3 results