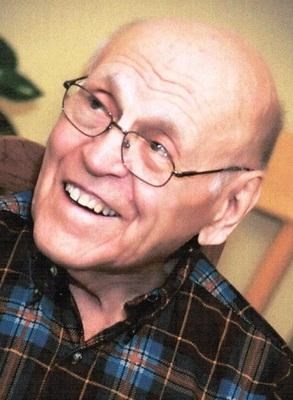 Anthony "Tony" James Vaccarelli, 93, a lifelong resident of Red Bank, passed away Tuesday morning, Aug. 26, 2014, at his home surrounded by his family, to whom he was devoted and who shared a devotion to him in full measure. A graduate of Red Bank High School, Class of 1939, he attended Monmouth College for two years, leaving to serve in World War II with the U.S. Army Air Corps, stationed on Guam. When he returned home from the war in 1946, he joined his father and brothers, operating Vaccarelli's Bakery, a business founded by his father in 1918, and one which he maintained until his own retirement in 1996. A parishioner of St. James Church while raising his family, he was baptized at St. Anthony's Church, where he served as an altar boy, received his First Communion and Confirmation, and often attended weekday Mass. He was also active in the Italian American Club in Ocean.

A World War II buff, he was an avid reader and for many years after his retirement enjoyed educational courses on tape. Up until a few years ago, when listening to news of various conflicts worldwide, he continued to vow he would serve again if called, insisting most remaining members of the Greatest Generation would as well. One of the highlights of his life was to celebrate more than 50 years of marriage by taking his wife on a grand tour of Italy and visiting San Lupo, Benevento, his parents' hometown.

Tony was predeceased by his dear high school friends, Monroe "Butch" Marx and Americo "Mitty" DeFazio, and survived by George Shomo, who rounded out his "Four Friends Forever."


To plant trees in memory, please visit our Sympathy Store.
Published by Asbury Park Press on Aug. 28, 2014.
MEMORIAL EVENTS
No memorial events are currently scheduled.
To offer your sympathy during this difficult time, you can now have memorial trees planted in a National Forest in memory of your loved one.
Funeral services provided by:
Thompson Memorial Home
MAKE A DONATION
MEMORIES & CONDOLENCES
6 Entries
Dear Sue & Family,
May your happy memories of Tony comfort you through these trying times.
Rose Marie Metrokotsas
Rosemarie Metrokotsas
August 29, 2014
Dear Richie and Family,

Please know that our thoughts and prayers are with you and your family during this difficult time. Your father lived a long and wonderful life and he was as equally blessed to have you all in his life as you were to know and love him.

While not physically present, may you and your family find comfort knowing that he will always be with you and will be a special presence in your life.

Know that he is in no pain and his spirit is free. He is at peace and will forever be an angel by your side.

We Love You,
Roger, Michele and Bethany
Michele Schweers
August 28, 2014
Aunt Sue, Marie, Anthony, Richard and Patricia, my thoughts and prayers are with all of you. I am heartbroken to hear of your loss.
Susan (Vaccaro) Hill
August 28, 2014
very sorry for your loss.
ralph hendrickson
August 28, 2014
Our condolences to the family. I remember him well. All ways with a smile when he delivered the bread to my dad's store West Bergen Mkt. Phyllis / Chubby. Menna
Gerald Menna
August 28, 2014
A loving, wonderful man...our prayers are with you and your family.
Richard & Patricia Paladino
August 27, 2014
Showing 1 - 6 of 6 results