Charles J. Mangan 78, of Middletown passed away Friday, July 27, 2012 at Riverview Medical Center in Red Bank. Born in New York, NY Charles lived in Freeport, Long Island prior to moving to Lincroft in 1972. Mr. Mangan worked for 27 years as a Personnel Manager for Sears Roebuck and Co. in North Bergen, NJ retiring in 1992. He was also the former owner of Lincroft Liquors from 1992 to 2002.

Charles was passionate about his work with the handicapped and was a liaison to several rehabilitation organizations, most notably Fountain House in New York City. His efforts helped to employ many individuals and aided in the formation of a company-wide program at Sears Roebuck and Co.

Visitation will be held Monday from 7-9PM and Tuesday 2-4 and 7-9PM at the Holmdel Funeral Home 26 South Holmdel Road, Holmdel, NJ. A Mass of Christian Burial will be offered Wednesday 9:15AM at St. Catharine's R.C. Church, Holmdel. Interment will be in Fair View Cemetery, Middletown.

For directions or to send an online condolence to the family, please visit www.holmdelfuneralhome.com

To plant trees in memory, please visit our Sympathy Store.
Published by Asbury Park Press on Jul. 29, 2012.
MEMORIAL EVENTS
No memorial events are currently scheduled.
To offer your sympathy during this difficult time, you can now have memorial trees planted in a National Forest in memory of your loved one.
MAKE A DONATION
MEMORIES & CONDOLENCES
6 Entries
I love you dad and I'm going to forever miss you,I'm going to miss talking to you on the phone because you were the smartest man I know.I wish we had lived a little closer I'm glad I saw you when I was traveling back from Boston.I'll always love you dad,love Tom
Thomas Mangan
August 10, 2012
I am so sorry to hear of Charlie's passing. I have had the pleasure of knowing Charlie through the bank. He was so kind when my husband passed away. My thoughts and prayers are with you at this very difficult time. Rest In Peace Charlie
Robin (PNC)
August 6, 2012 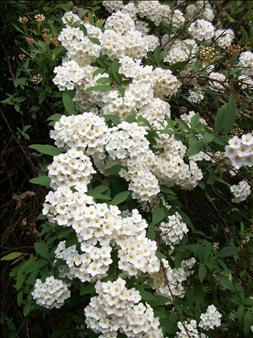 Our Love and Sympathy goes out to you all at this sad time.
Fond memories of Charlie remain in our hearts.
May the Peace of God be with you in all the days ahead.

Axel P. & Inga-Lill Wicks
July 30, 2012
Our hearts go out to you in the loss of your beloved Charlie. In this season of grieving, may cherished memories bring you comfort and may the peace of the Lord be with you. John 14:27
JoAnn (and daughter Amanda) Wicks
July 29, 2012
Charlie was such a kind man with the biggest heart. His incredible warmth, kindness and joy he had for his grandchildren and family will be tremendously missed. His beaming smile will now light the stars as we look up to the Heavens. My deepest condolences to you all. Wishing you all tremendous strength, love and warmth, through the miles. oxo
Gordon Brown
July 29, 2012
Our heartfelt condolences to you in the passing of this wonderful man. May God grant you the peace and comfort that you need during this most difficult time.
Brian & Deborah Senn
July 29, 2012
Showing 1 - 6 of 6 results