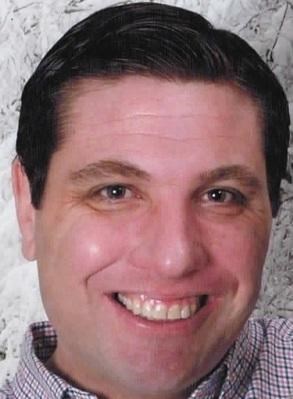 Christian was preceded in death by his father, Salvatore Cafone.

In lieu of flowers please consider a contribution in Christian's name to a children's charity of your choice.

For more information, to send condolences or for directions, please visit www.pflegerfh.com.


Published by Asbury Park Press on Oct. 5, 2014.
To plant trees in memory, please visit the Sympathy Store.
MEMORIAL EVENTS
To offer your sympathy during this difficult time, you can now have memorial trees planted in a National Forest in memory of your loved one.
Funeral services provided by:
John F. Pfleger Funeral Home
MAKE A DONATION
Please consider a donation as requested by the family.
MEMORIES & CONDOLENCES
16 Entries
You may be gone from this life, but you are not forgotten.
Ellen Wilson
Friend
September 29, 2019
Chris, your heroism and gallantry will not be forgotten.
Annonymous
November 3, 2014
Christian, rest in peace and may you be eternally at peace.
McCarron Family
October 25, 2014
To Christian's Family--condolences to you for this dreadful loss of a dear part of your heart. Chris, I remember you in class in HS, your infectious smile and your charisma. God keep you safe and peaceful, swimming and smiling and comfortable in His heaven.
Laine Sutton
October 10, 2014
To the entire Cofone family, my thoughts are with you all.
Kelly Langan Atanacio
October 9, 2014
You are in our Prayers. Our sympathy to you all.
Gagliardo's John and Kelly
October 9, 2014
Christian, May you rest in peace. Our thoughts and prayers to your wonderful family.
M Williamson
October 8, 2014
Christian you left us way to soon but the impact you had on so many will continue to live on forever. Your beautiful daughter Gianna is a living portrait of you. She has your bigger than life heart your loving spirit and athleticism. Your Mom, brother and aunt have an empty void that never can be replaced and they all love you more than life itself. Nicko is going to be making it to the "big time" and you'll be smiling down saying that's my boy! Katy is gorgeous and thank God they both have loving supportive parents. I personally am going to miss our "talks". Big Hugs and a Million Kisses.....Mrs. B
Sharon Barrows
October 8, 2014
I love you baby brother. Wish you were still with us but your now at peace! I have G's back and will always look after her. Tell dad I said I love him and to look after the kids. I will see you some day again!
Marc Cofone
October 8, 2014
Christian, I loved you so very much and I always told you so. You were my rock and one in a million. I miss you tremendously. All my love,hugs and kisses. Aunt Carolyn
Carolyn Crimmins
October 8, 2014
May God open his arms for you and may your family know you are o.k. and the Lord will take care of you now.You will be missed by all.
Janice Muhleisen
October 8, 2014


MY BELOVED NEPHEW. I LOVED YOU SO MUCH
AND WILL NEVER FORGET THE GOOD TIMES.
YOU ARE ONE IN A MILLION AND MAY YOU NOW BE AT PEACE. LOVE, AUNT CAROLYN
October 8, 2014
I consider myself blessed to have Chris as a swimmer on my high school team and as a friend. Chris was a true warrior. He didn`t care who was swimming against him in any race. Anyone who saw the fantastic races between him and Tom Wilkens in the breaststroke, or the butterfly against Brendon O`Neill know the real Chris, who hid behind his fantastic, quick witted, laughing personality. Everyone who knew Chris shares the loss his family has experienced, and I pray they find solace in the comments, sharing of stories, and overwhelming love everyone has shown for him. My life has been enriched by knowing and coaching Chris.
Pat O`Shea
October 8, 2014
Shawn Torbert
October 8, 2014
YOU ARE NOW AT PEACE WITH YOUR FATHER, GRANDPARENTS AND GODFATHER. WE ALL
LOVED YOU AND WILL BE SAD UNTIL WE MET AGAIN.
DORIS COFONE
October 7, 2014
When I heard that you were gone, I could not believe it. I was flooded with memories of swim team and Sandy Hook. You are not here physically but your memory will live on and your infectious smile and laughter will be forever in our hearts! Rest in peace, Christian.
Ellen Wilson
October 6, 2014
Showing 1 - 16 of 16 results