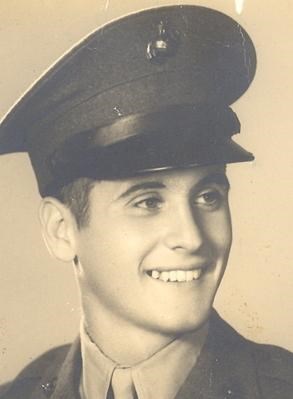 Frederick V. Acerra, Sr., 88, of Long Branch died peacefully at home, surrounded by the love of his family on Monday, Dec. 23, 2013. Born in Long Branch he was a lifelong resident. His love of baseball earned him the title of All State Short Stop for Long Branch High School. Frederick was a member and short stop of the famous Acerra Brother Baseball Team, Long Branch. The team was honored at the Cooperstown Baseball Hall of Fame in 1997. The Acerra team won the Long Branch City League Champions for ten consecutive years. Frederick was scouted by numerous Major League Baseball teams, the "Yankees" being one of them. He was also a member and Past Commander for the VFW, Brighton Memorial Post, #2140, Long Branch and a member and Past Exalted Ruler for the Long Branch Elks, BPOE, Lodge #742, Long Branch. He worked over 40 years for Monmouth Consolidated Water, Shrewsbury, where he retired as a Commercial Service Supervisor.

In lieu of flowers, donations in Mr. Acerra's memory to BPOE, # 742, Crippled Childrens Fund, 150 Garfield Ave., Long Branch, NJ 07740 would be appreciated. Visitation will be on Sunday, December 29th, from 2-4 & 7-9pm at the Hoffman Funeral Home, 415 Broadway, Long Branch. A Mass of Christian Burial will be held 10 am Monday, December 30th at Holy Trinity RC Church of Christ The King Parish, Long Branch. Interment will be private.


Published by Asbury Park Press on Dec. 27, 2013.
To plant trees in memory, please visit our Sympathy Store.
MEMORIAL EVENTS
To offer your sympathy during this difficult time, you can now have memorial trees planted in a National Forest in memory of your loved one.
Funeral services provided by:
Hoffman Funeral Home
MAKE A DONATION
MEMORIES & CONDOLENCES
16 Entries
Ricky and Donna, So sorry to hear of the passing of your Dad. When I was a kid, he was like a dad to me also. I will always remember those days. God bless you Freddie.
Ed Unger
December 30, 2013
When I was Manager of Monmouth consolidated water Company in the 1970s, Fred was one of my best and reliable supervisors. Our sincere condolences to the family.
Love andPeace

Mike and Marlene Caponigro
December 29, 2013
May God bless you and your family in this time of sorrow.
Tom and Mary Yaccarino
December 29, 2013
Donna, Rick & Family.
I'm so sorry for your loss. May God give you strength at your time of need and always. Uncle Freddie will live on in our hearts and minds.
Anthony Acerra
December 29, 2013
Donna, Anthony, and Mikey, We are very sorry for your loss. Mr.Acerra was a real stand up guy. Love and prayers from Bobby, Dawn,Brent, Drew, and Darren
dawn urmey
December 28, 2013
Donna, Mikey and Anthony,and your loved ones, our family is so sorry for your loss but were happy we had the opportunity to know him. Hugs and prayers from us.
Susan Urmey
December 28, 2013
Donna so sorry to hear about your father. Will be sending up prayers
Naoma Seals- D'Angelo
December 27, 2013
RIP Freddie.... you always had that smile on your face and I know you are a very special person my parents and grandparents lives....
Gina Marie Bates-Faine
December 27, 2013
Dear Rick I'm so sorry for your loss,thoughts and prayers are with you and your family.
Marion Kalio
December 27, 2013
Fred...you were the best boss I ever had,...you were tough on the outside, and had a good and gentle heart on the inside...you will be missed by all who knew you....rest in peace my friend...Jake ;
Reliance Jacobsen
December 27, 2013
Uncle Freddie you always cracked me up. My funny uncle your brother's have been waiting for you to put the team back together. It's almost the end of an era. We will miss you. Nancy (Acerra-Dellera) Perry
December 27, 2013
Well, Uncle Freddie - the team must have had a big game scheduled and needed a short stop in Heaven. I always enjoyed our visits and your smiles. You will be missed by so many, but we know you are gathering with your brothers again now. xoxo
Patricia Acerra
December 27, 2013
Dear Urmey Family,
We are so sorry for your loss , you are in our thoughts and prayers.
Love
Stephanie (Scicchitano) Pizzo
Stephanie Pizzo
December 26, 2013
Fred you will never be forgotten till we meet agai Joh Jone exalted rule lonLong Branc Lodge 74
john jones
December 26, 2013
Tiffaney (Freet) Fisher
December 26, 2013
To the Urmey Family,
Thoughts and Prayers are with you during this difficult time. If you need anything let Jacky know she will tell me.
Love Tiffaney (Freet) Fisher and Family
December 26, 2013
Showing 1 - 16 of 16 results