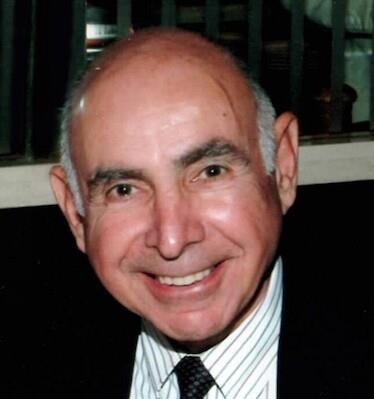 Lakewood - George Samra, 83, passed away peacefully at his home in Lakewood, NJ on May 8, 2021 surrounded by his wife Margaret of 62 years and their loving family. He was born in 1937 in Brooklyn, NY to parents who had emigrated from Syria and Lebanon.

An enterprising hard worker from an early age, George's first job was selling shoes door to door with his grandfather at ten years old. He sold newspapers and shone shoes for World War II soldiers. He later worked in the Brooklyn Navy Yard busing tables.

The first-non-college graduate to be promoted to Member of Technical Staff at Bell Laboratories in 1978, George was so highly regarded and essential in his department that, after his retirement, management requested that he return as a consultant. In all, he worked for Bell Laboratories for 43 years.

George served as an Airman in the Air Force Reserve in the 903rd Combat Support Squadron and was prepared for deployment to the Cuban Missile Crisis, until the confrontation was resolved. For many years, he was a volunteer member of the Laurelton Fire Company, where he served as Assistant Chief. At Saint Dominic Church, George was a founding parishioner and devout congregant.

After retirement, George traveled the world with his beloved wife Margaret and their many dear friends, some of whom they had known since their childhood in Brooklyn. They moved to Four Seasons in Lakewood, NJ and also enjoyed time in their home in Vero Beach, FL. George and Marge were married for 62 years.

George enjoyed many hobbies including carpentry, bicycling, boating and golf. His favorite times, however, were those he shared with his family, especially his adoring grandchildren. His greatest legacy is his family.

George is survived by his wife Margaret Kelly Samra, his daughter Catherine Samra Smith and her husband Perry, of Manasquan, NJ; his daughter Teresa Samra Rose and her husband Robert of Brick, NJ; his son George Samra and his wife Christine, of Monroe, NJ; and daughter Maureen Samra of Jacksonville, FL. He is survived by his grandchildren: Bryan Smith; Michael Smith and his partner Heather; Meaghan Smith; Kelly Rose Smith and her husband Brandon; Robert Rose and his fiancée Laura; Drew Samra Dotson; and his great grandchildren, Sawyer and Delilah Smith; by his devoted sister, Eleanor Janson and his nieces and nephews, Jennifer, Mark, George, and Christine.

Although I haven't seen any of you in many years, I've always looked back at our time living next door to you as a wonderful part of my life.

As I have gotten older, I’ve come to think of Mr. Samra not just as the "fireman next door", but as someone who really sacrificed himself for the well being of our community. Thank-you.

God bless all of you, and may he live in your hearts forever.

Laura (Smith) Peterson
Former neighbor, 313 Greentree Rd.
Laura Smith Peterson
Neighbor
May 18, 2021
This is such a wonderful photo of your Dad! I wrote on your mother's page, but also wanted to leave a note about your father. I have in all of my career never seen a man who handled whatever life through at him with such courage and faith. He was one of a kind and, as I said on your Mom's page, I will surely miss visiting them this year. My heart goes out to you all. With much sympathy...
Mary Krug
May 17, 2021
Showing 1 - 2 of 2 results