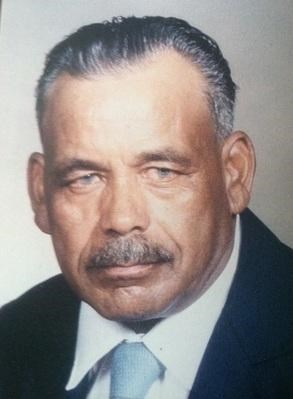 Henry Leon Reevey, 85, of Fair Haven, NJ, passed away on Monday, Oct. 20, 2014 at Riverview Medical Center, Red Bank, NJ. Henry was born in Fair Haven, NJ, on September 24, 1929. He honorably served his country in the U.S. Army during the Korean War. Henry was a member of N.J. Building Laborers local union and the American Legion. Henry worked for Patock Construction Company for 62 years.


Published by Asbury Park Press on Oct. 22, 2014.
To plant trees in memory, please visit the Sympathy Store.
MEMORIAL EVENTS
To offer your sympathy during this difficult time, you can now have memorial trees planted in a National Forest in memory of your loved one.
Funeral services provided by:
Childs Funeral Home
MAKE A DONATION
MEMORIES & CONDOLENCES
13 Entries
Reevey family, I am sorry for your loss. May God give you strength and His grace help ease your pain. Alice Allen White (originally Fair Haven now DC)
Alice Allen White
October 26, 2014
Helen Robinson
October 25, 2014
God give the family the strength that they need during their loss.
Kevin & Yvonne Breckenridge
October 23, 2014
To The Reevey Family: We are truly sorry for your loss. May it help to ease your pain. just knowing that your loved one is in a place where their pain and suffering has ended. And every heart that is broken will be mended. For he shall be your cloud up in the sky and he shall be your shoulder when you need to cry.Let this be our prayer. With Sympathy and love for a man who had such a gentle and beautiful spirit. Kevin & Yvonne Breckenridge and Family
Kevin & Yvonne Breckenridge
October 23, 2014
Uncle Henry you will be missed RIP
ramona jackson
October 23, 2014
Our deepest sympathy to all of the family members. He will be missed.
David and Donna Barr
October 23, 2014
To the Reevey Family:
It is with deep, deep sorrow that we send condolences. Mr. Reevey was a great neighbor and a dear friend to our (The Robinson) family. I will never forget his soft spoken voice or his smile. He will forever be missed. "Blessed are they that mourn, for they shall be comforted".
Cassandra (Kitten) and Phil Bologna
October 23, 2014
I cherish the years we worked together at Patock. We had some good times together riding the truck to/from various job sites. Thank you for teaching and reinforcing the hard work ethic. Rest in peace my friend.
Christopher Hart
October 23, 2014
We remember him as a kind and good neighbor. We offer our condolences.
Julie and David Matthews
October 23, 2014
Prayers and deepest sympathies to the Reevey Family. Henry, I regret not getting to know you better.
Joe Sallemi
October 22, 2014
When i hadnt seen Shi driving around i wondered about him. He always gave me his great smile. I loved him though i never told him. I very much love YOU his family. Much love
Billy Brown
October 22, 2014
Our thoughts and prayers are with the family.
With our Deepest Sympathy.
Sonny & Gloria Boyd
October 22, 2014
To Grandma Sonia and my sister, Stephanie -- The Steverson family wish to extend our sincere condolences to you and your family. on the passing of father, husband and loved one. Mr. Reevey was a wonderful quiet soul. I enjoyed the way he always recognized my face but not my name. He would called me "Dollie" or "Rita". He's seen my grow from a teenager to an adult and I figured he knew me well enough to know that "I was one of the Hurt Girls" so I just answered to any name. I'm going to miss seeing his Red Truck around town.

"What we have once enjoyed, we can never lose. All that we love deeply becomes part of us." -Helen Keller
Roslyn Hurt-Steverson
October 22, 2014
Showing 1 - 13 of 13 results