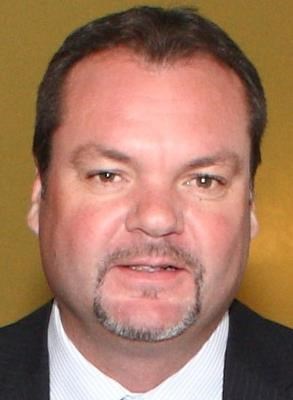 John M. Connell, 48, of Keyport, passed away Saturday January 28, 2017, with his family by his side at Raritan Bay Medical Center, Perth Amboy. John was born in Staten Island, NY, resided most of his life in Freehold Township, before settling in Keyport 12 years ago. He graduated from Stockton State College in 1990. John was the Owner/Operator of Captain John's Fishing and Cruising Boat located on the waterfront of Keyport. John was a member of the United Boatmen of New York and New Jersey. In his off time, John enjoyed playing golf.

John was predeceased by his mother, Rose (McGrath) Connell in 2015. He is survived by his father, John Connell of Monroe; his sister, Heather Tompkins of Farmingdale; his significant other, Debra Karbowski of Sayreville; his daughter, Vanessa Karbowski of Sayreville; and his two nephews, Kyle and Ryan Tompkins of Farmingdale. He will be dearly missed and fondly remembered by his family and friends.

At the direction of the family, John was privately cremated. A memorial gathering will be held Saturday, February 4, 2017, from 1-5PM, at Day Funeral Home, 361 Maple Place, Keyport, NJ 07735, with a 2:30PM Memorial Service at the funeral home. To post a condolence to the family or for directions to the funeral home, please visit www.dayfuneralhome.com.


Published by Asbury Park Press on Feb. 2, 2017.
To plant trees in memory, please visit the Sympathy Store.
MEMORIAL EVENTS
Feb
4
Memorial Gathering
1:00p.m. - 5:00p.m.
Day Funeral Home
361 Maple Place (Opposite St. Joseph's Church), Keyport, NJ
Feb
4
Memorial service
2:30p.m.
Day Funeral Home
361 Maple Place (Opposite St. Joseph's Church), Keyport, NJ
Funeral services provided by:
Day Funeral Home
MAKE A DONATION
MEMORIES & CONDOLENCES
Sponsored by Day Funeral Home.
11 Entries
I was a friend of John's at Stockton and am so saddened by this news. He was such a talented, kind, warm person. My condolences to his family!
Yvonne Mazza
August 1, 2017
my sincere wishes to the entire connell family. i started fishing with papa john in staten island on the viking. Young john was the mate. when tey moved to Keyport i followed and never fished another boat.
I have many memories of the trips and the family will be missed.
Go with God young John.
bob zion
Friend
April 27, 2017
John and my son Brian were friends since they were kids.Spent lots of time at my house.Loved hin like a second son.Will miss him forever.
Adelaide Mallon-Fountain
February 4, 2017
We lost a great guy, friend and of course Great Captain. I enjoyed fishing the same grounds with John for years and he was a true gentleman. RIP Capt. John! To his family I'm so sorry for your loss God Bless.
Capt. Tom
Tom O'Connor
February 2, 2017
thanks for all the grate fishing trips. we will miss all the jokes. r.i.p. captain john.
nick & rose davidson
February 2, 2017
To the Connell Family,
Please accept our sincere condolences on the loss of your dear one. May the " God of all comfort " be with you and fill your hearts with wonderful memories of John to cherish.
S. B.
February 2, 2017
So sorry - Forever in our hearts.
Bobbie-Jo & Jayme
February 1, 2017
Every time I am near the water or on a boat I will fondly remember John and his wonderful personality, he will be greatly missed as he touched and enriched many lives. He and I shared many a sunny day fishing in Raritan Bay and an those occasional trips up to New England. Both of us at a young age realized we had a passionate love of the sea.
Larry Palfini
Family Friend
January 31, 2017
My heart felt condolences. Capt. John was a warm friendly man who will be missed by all who's life he touched.God bless you my friend.
Hank Engel
Harold Engel
Friend
January 30, 2017
John,

You made every Sunday memorable. Without you and your dad welcoming and guiding us, I would not be the person that I am today.

Thank you for everything - the memories, the lessons and for being an amazing role model when i needed one most.

I am sure right now you are captaining my Mom on a fishing trip during another beautiful day on Paradise bay.
Roger Hobby
January 30, 2017
Condolences to Johns family. He was a gentle hearted person and will be sorely missed by all who knew him. Bill (Bear) Snyder
William Snyder
Friend
January 30, 2017
Showing 1 - 11 of 11 results