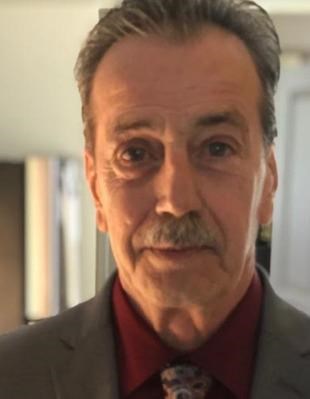 It is with great sadness that the family of Mr. Joseph E. Lopes, announce his sudden passing on Wednesday, February 3, 2021 at the Morristown Medical Center. A resident of Hewitt, NJ, he was 69 years old. The son of the late Thomas and Caroline "Honey" Lopes, Joe was born on November 8, 1951 in Red Bank, NJ.

Joe was a member of the first graduating class of Keansburg, NJ in 1969. He played baseball, basketball, football and was a part of the swimming team. After high school, he attended Tusculum University in Tennessee where he studied history and desired to become a high school history teacher.

Joe will be remembered for his larger-than-life personality. He was a showman and loved when he had an audience to entertain. No matter the situation, Joe would always make it an instant memory. Some of Joe's hobbies included traveling, fishing, cooking, and reading. One of his favorite places to frequent was Atlantic City, NJ. He loved to spend a random weekend or a "just because" staycation in AC with his sisters, nieces, and nephews. When he wasn't telling you a random trivia fact or playing his crossword puzzles, you could find him driving around, listening to the Rolling Stones, looking for a random pond or creek to cast a few lines in. He enjoyed taking care of his "regulars" alongside his beloved coworkers at restaurants and pubs such as Main Street Tavern, The Lookout, Marina Diner, The Ledge, Valley View Pub, Vito & Michaels and of course Carl's Diner (WM Diner/Sit and Chat Diner). He went by a few nicknames such as Joey Diner and Joey Bag-of-Donuts, but his favorite nickname of all was "Pop-Pop." He had an indescribable bond with his granddaughters, Peyton and Jo and would spend as much time with them as he possibly could. Many would say that Peyton was his best friend in the world. They were the light of his life and he would brag about them any chance he had.

Joe will be forever remembered by his son; Nicholas and wife Christine, his granddaughters; Peyton and Joanna, his siblings; Thomas Lopes and wife Nancy, JoAnne Lopes, Carolyn Millevoi and her husband Dennis "Chuck," Marie Nolan, and Anthony Lopes. Joe is further survived by his ex-wife; Debbie Weber, as well as his many beloved nieces, nephews, and cousins.

A celebration of Joe's life will be held in the spring with a date and location to be announced.


Published by Asbury Park Press from Feb. 9 to Feb. 10, 2021.
To plant trees in memory, please visit the Sympathy Store.
MEMORIAL EVENTS
Jul
10
Memorial service
1:00p.m. - 4:00p.m.
Elk Lodge #2336
1860 Union Valley Road, West Milford, NJ
Funeral services provided by:
Zygmunt-Murtie Funeral and Cremation Service
MAKE A DONATION
MEMORIES & CONDOLENCES
Sponsored by Zygmunt-Murtie Funeral and Cremation Service.
1 Entry
Our Sympathy is extended to all the Lopes Family.We will say a prayer for him and all of you.
John and Jean Werner
February 10, 2021
Showing 1 - 1 of 1 results