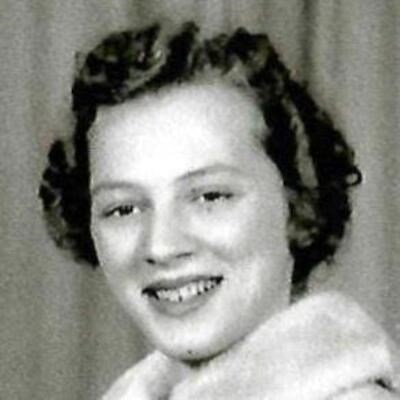 Williamsburg - Marie Richter Glasson, age 79, passed away peacefully in her home in Williamsburg, Virginia on Thursday, July 15th, 2021. Her family and friends were present. Marie is survived by her husband, Andrew Glasson of Williamsburg, Virginia, her daughters; Kimberly Gutierrez of San Diego, California, Jean Glasson of Long Branch, New Jersey, fifteen grandchildren, and twenty great grandchildren. In addition to her parents and grandparents, she is predeceased by her sister Alta Kupp, her brother Thomas Richter, and her son Andrew Ernest Glasson.

Marie was born on September 9, 1941, in Lakewood, New Jersey to parents Hartley Richter and Ida Skidmore. Marie's father, a police officer, was killed when she was five years old and she was raised by her grandparents, Mr. and Mrs. Decker Skidmore.

Marie graduated from Lakewood High School in 1960. While she was a student there, she taught Bible Studies in the First Baptist church in Lakewood. Soon after her graduation, she met Andrew Glasson, a police officer, they were married on February 14th, 1961, and had five children; three girls and two boys. Marie was employed for many years as a bank teller and school bus driver. She was also an outstanding cook, baker, and chef. Her hobbies included wood working, puzzle making, and drawing.

After moving to Williamsburg, Virginia, in August of 2000, Marie became a Special Education Aid in the WJCC School System until she retired in June of 2017.

Marie Richter Glasson was laid to rest in the Williamsburg Memorial Park Cemetery on July 20, 2021. May she rest in peace. Condolences may be offered at www.bucktroutfuneralhome.net.


Published by Asbury Park Press from Aug. 28 to Aug. 29, 2021.
To plant trees in memory, please visit the Sympathy Store.
MEMORIAL EVENTS
To offer your sympathy during this difficult time, you can now have memorial trees planted in a National Forest in memory of your loved one.
Funeral services provided by:
Bucktrout of Williamsburg
MAKE A DONATION
MEMORIES & CONDOLENCES
Sponsored by Bucktrout of Williamsburg.
1 Entry
Andy, I am very sorry to hear of the recent passing of Marie. She will be dearly missed. My thoughts and prayers are with you and your family. John
John Skidmore
Family
August 30, 2021
Showing 1 - 1 of 1 results