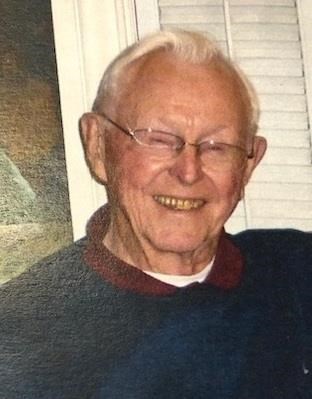 Ocean Grove - Norman Huseland, 92, went to be with his Lord on July 29. He passed peacefully at home with his devoted wife by his side who lovingly took care of him through his long illness.

Norm was born in Staten Island on December 26, 1928. He was a graduate of Brooklyn Technical High School and the Polytechnic Institute of Brooklyn. Upon graduating high school, he joined the Navy attending the Navy's aviation electronics schools in Corpus Christi, Texas and Memphis, Tennessee and then serving a Naval fighter squadron in Key West, Florida. Upon discharge he started his education at the Polytechnic Institute of Brooklyn. While he was in his second semester he was called back into the U.S. Naval Reserve at the beginning of the Korean War and served aboard the aircraft carrier U.S.S. Bairoko. After discharge, he married his first wife and returned to Poly to finish his B.S. degree. Upon graduation, he joined the MIT Lincoln Laboratory to participate in the development of the U.S. air defense system SAGE. He then joined the Lockheed Electronics Company, Military Systems Division. After five years as a systems engineer and program manager, he became the Director of Marketing for the Military Systems Division for the following 25 years before retiring in 1990.

Norm married Martha Smith in 1983 and they lived in Berkeley Heights prior to moving to Ocean Grove in 1995. Norm had a strong faith in his Lord as reflected in his joyful attitude to life. He and Marty enjoyed the mighty ocean walking the beach picking sea glass all year long, playing golf and traveling the United States and Europe enjoying so much of God's creation together. Norm enjoyed reading, woodworking, making pens and being a handy man. Norm spent many memorable times with his family at Camp-of-the-Woods, Speculator, NY. He also enjoyed sailing his Hobe, canoeing and snow mobiling.

Norm and Marty were members of Long Hill Chapel, Chatham Township prior to moving full time to Ocean Grove. There they became active members of St. Paul's United Methodist Church. Norm served as an usher in the Great Auditorium and for over 20 years he enjoyed the fellowship of his fellow ushers.

Norm was predeceased by his parents Olaf and Agnes Huseland as well as his first wife Marion Larsen. He is survived by his loving wife Marty as well as his children Roger (Barbara) Huseland, Sondra (Eric) Lathrop, Randle Huseland; Pamela (Karl) Schweizer, John (Bonnie) Smith, Glen (Jodi) Smith, and Marta (James) Russell as well as many grandchildren and great grandchildren.

A visitation will be held on Wednesday, August 4 from 10am-11am, with a funeral service to begin at 11:00am at St. Paul's United Methodist Church, Ocean Grove. Burial will be private. Condolences can be sent to ElyFuneralHome.com

In lieu of flowers, memorial donations may be made to either St. Paul's United Methodist Church or Ocean Grove Camp Meeting Association, Ocean Grove, NJ.