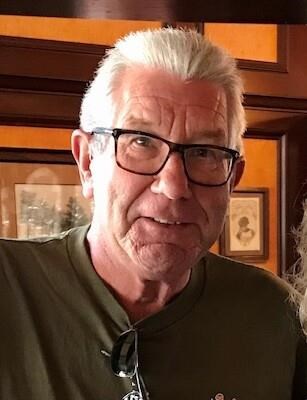 Patrick Sean Magovern, age 63, beloved husband, father and grandfather, passed away at Jersey Shore University Hospital on May 25, 2021. He was a lifelong resident of Belmar and a graduate of Manasquan High School class of 1976. He was the youngest of nine children. He was predeceased by his parents, Frank W. Magovern and Rosalie Pindar Magovern, as well as his eldest brother, Terry. He is survived by his wife, Robyn Saul Magovern, his son, Ryan (Jennifer) Magovern, and his daughter, Ellen (Scott) Wagner, and his most cherished granddaughters, Shea and Bridget Wagner and Paige and Parker Magovern. He is also survived by siblings, Dennis and Pearl Magovern, Richard and Nema Magovern, Robert and Patty Magovern, Lee and Craig Boydman, James and Maureen Magovern, Brian Magovern, and Mary Magovern. He is also survived by many loving nieces and nephews.

Pat loved the ocean and in his younger years worked as a lifeguard in Belmar, where he eventually met his wife of 38 years, Robyn. They met on a Friday the 13th and subsequently married on Friday, August 13th, 1982. Pat was appointed as a police officer with the Borough of Belmar serving from March of 1982 and retiring as Captain in August of 2013. He was awarded the Emerald Badge Award for outstanding service and leadership by the Irish American Law and Order Leaders of the Irish Echo in January of 2013.

Pat's family provided the greatest sense of love and joy in his life. He could not have been more proud of Ryan and Ellen as they both graduated from Sacred Heart University, earned graduate degrees thereafter, and went on to become professionals in their chosen fields. His greatest joy was being a grandfather. Pat loved nothing more than being called Pop, always having some type of candy or snack ready for his granddaughters followed by a bear hug, swimming in the pool with them, and watching them ride bikes and open presents on birthdays and at Christmas. He also especially included his nieces and nephew, Laurie, Kelly and John David in his strong sense of family.

Pat and Robyn were avid travelers often cruising the Carribean with friends, spending Anniversary weekends in Maryland, and taking trips to Disney World with family.

Pat lived a full life, on his terms. He was a lifelong fan of the Yankees and Giants, a source of both joy and despair depending on the season. He was a member of The Order of the Friendly Sons of the Shillelagh of the Jersey Shore, an organization that spoke to his family's roots and his great sense of community service.

Patrick Magovern will be dearly missed by all who knew him, all who loved him, and all who respected the man he was. Never to be forgotten.

So, put some whiskey in your coffee because it's Ireland somewhere. Sláinte.

In lieu of flowers, contributions can be made to The Foundation of the Friendly Sons of the Shillelagh, Inc.

Visitation will be on Friday May 28 from 4 to 8PM at the Reilly Bonner Funeral Home,891 D Street Belmar NJ. A funeral mass will be celebrated on Saturday at 11:00AM at Saint Rose RC Church, Belmar.

For further information or to send condolences to the family please visit reillybonnerfuneralhome.com.