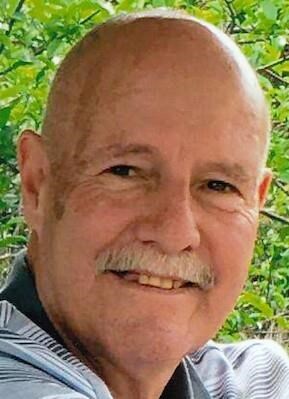 Best known for his witty one-liners and sarcastic personality, Peter was a beloved member of the community. Original owner of Awards of Brick he created memorable awards for thousands of athletes, coaches and community members. Passionate about Brick Memorial Athletics, he was a founding member of the Brick Memorial Booster Club and inducted into their Hall of Fame in 2013. For almost 40years his voice could be heard at every home Football game at what was James V. DiFabio Field, stepping down in 2019. He could always be found at the bowling alley or at the baseball field watching his grandsons play.

After retiring from the Teamsters Local 641 in 2000, he went on to work for the Brick Township Board of Education in food service, a job he loved until his last days. His other passion was softball. Whether on the field or serving as the Director of the North East Senior Softball Association, he always had a love of the game.

In his younger years, he served in the United States Army Reserve, was an avid high school basketball player at St. Mary's High School in Jersey City and enjoyed the memories of working at his father's store DeRosa's Liquors on Old Bergen Rd.


Published by Asbury Park Press from Jul. 13 to Jul. 14, 2021.
To plant trees in memory, please visit the Sympathy Store.
MEMORIAL EVENTS
Jul
15
Visitation
3:00p.m. - 8:00p.m.
Colonial Funeral Homes- Owner John A. Cutaio NJ Lic. No. 2763 - Brick
2170 Highway 88, Brick, NJ
Jul
16
Funeral Mass
10:00a.m.
St. Dominic’s RC Church
Brick, NJ
Funeral services provided by:
Colonial Funeral Homes- Owner John A. Cutaio NJ Lic. No. 2763 - Brick
MAKE A DONATION
MEMORIES & CONDOLENCES
Sponsored by Colonial Funeral Homes- Owner John A. Cutaio NJ Lic. No. 2763 - Brick.
8 Entries
We are so sorry for your loss. Our deepest thoughts and prayers are with the entire DeRosa Family. Pete was a genuine man who always had a smile on his face.
The Gold Family
Friend
July 15, 2021
With deep sympathy Ken and Shirley Weber Rest in eternal peace
July 14, 2021
I am so sorry for your loss Margaret. My thoughts and prayers are with you.
Patty Perrine (Lawson)
July 14, 2021
So very sorry for your loss
The Leinweber Family
July 13, 2021
R.I.P. Pete. Sincere condolences to Barbara and family.
Dave McKelvey
July 13, 2021
May he Rest In Peace and rest easy. Some very fond memories growing up. I’ll always remember him taking us on the boat, playing basketball in your driveway, swimming in the pool, and watching us do gymnastics on the front lawn. Always a good man and he will be missed. Sending prayers and blessings to comfort your loss. God Bless
Jaclynn Tuminaro-Price
Neighbor
July 13, 2021
Our sincere sympathy. Pete and Barbara were the best neighbors we have ever had. Rest In Peace Pete.
Jeannine & ken Thornton a
Friend
July 13, 2021
Barb & family,
We are so saddened to hear this news. We often think of you guys and laugh about all the wonderful times & memories made. Please know we are thinking of you all, hoping all your great memories will get you through these very sad times. May he fly high with the Angels
With much love & sorrow,
Beth & John
Beth McCarthy-Forames
Friend
July 13, 2021
Showing 1 - 8 of 8 results