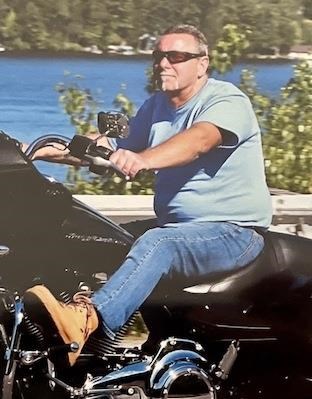 Aberdeen - Robert Francis Brown (age 57), of Aberdeen, NJ passed away at RWJ Hospital on April 24, 2021, surrounded by his loving family. Robert was born in Brooklyn, NY & moved to Hazlet, NJ during his childhood. Robert remained a resident of the Monmouth County area throughout his life. Robert was a skilled carpenter & ran his own business for many years. He was a proud member of Local Union 157 - NYC Carpenters Union, from which he retired several years ago.

Robert was a fun-loving, quick-witted & adventurous man. He enjoyed spending time with his family & friends & kept everyone laughing. He was the guy everyone called when they needed a home repair or renovation. He loved a good party & riding his Harley Davidson motorcycles. He will be greatly missed by many, including his large family, many friends & two dogs.

He is also survived by his children, Robyn, Samantha & Robert "Jake" Brown & grandchildren, Tianna, Patrick & Ky. Jake was the light of Robert's life during the past twelve years. He had an especially close relationship with his granddaughter, who he lovingly referred to as "little b****." He is also survived by his devoted girlfriend, Yvette Cotter, & a host of nieces, nephews & other extended family members.