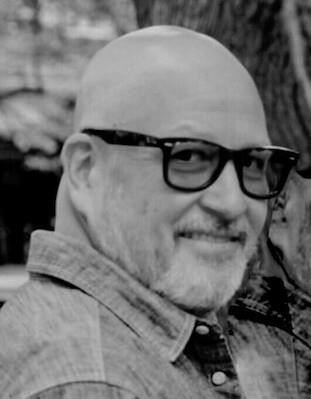 Terrence "T" Fullam left us on August 25, 2021. T was born in Newark, New Jersey, and spent his early youth in Freehold where he enjoyed playing Little

League and soccer much more than academics. T attended Freehold Regional High School and then roamed the continent for several years living and

working in Ohio, Arizona, California and Mexico where he honed his construction skills and began to develop his exceptional culinary craft.

T returned home to his family in New Jersey in the 1990s. T was a terrific chef and owned and operated a Mexican restaurant in Freehold, Señor T's. He went on to graduate from the French Culinary Institute in New York City in 1998. Subsequently, T worked in numerous restaurants in New Jersey with his last position at the senior living community of Applewood in Freehold where he

was a beloved co-worker.

In addition to his considerable culinary skills, T was an accomplished musician. He played guitar and harmonica and was a founding member of the band, Step Aside, along with his lifelong friend, Tony Santoriello. Starting the group when they were teenagers, upon T's moving back to New Jersey, they reunited the band and performed classic and southern rock music for years at various

T was an integral part of an extended family that will miss him dearly. He is survived by his mother Theresa Seitz, his sisters, Maureen and Holly Fullam, sister and brother-in-law, Margaret and Raymond Mass, his much loved nephews,

Jeffrey and Bryan Mass, cousins, Christine and Bob Bolton, and many other family, friends and fans too numerous to name. Bubba, T's cat, will also be lost without him but will remain cared for by the family.

A celebration of T's life will be held at a time yet to be determined when the family can gather. Thompson Memorial Home, Red Bank, has been entrusted with the arrangements.


Published by Asbury Park Press from Aug. 26 to Aug. 29, 2021.
To plant trees in memory, please visit the Sympathy Store.
MEMORIAL EVENTS
To offer your sympathy during this difficult time, you can now have memorial trees planted in a National Forest in memory of your loved one.
Funeral services provided by:
Thompson Memorial Home - Red Bank
MAKE A DONATION
MEMORIES & CONDOLENCES
Sponsored by Thompson Memorial Home - Red Bank.
0 Entries
Be the first to post a memory or condolences.