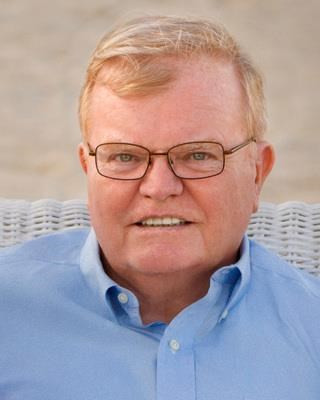 Family and friends are invited to call from 2 to 8 pm on Monday, August 7th at Higgins Memorial Home 20 Center Street in Freehold. A funeral mass will be celebrated on Tuesday, August 8th at 10:30 am at The Parish of St. Mary in Colts Neck.

Bill was born in Newark, NJ to Irish immigrants, Patrick and Ann (Murphy) Eyres. A true "Jersey Boy", he attended St. Ann's Grammar School, Seton Hall Prep '54 and Seton Hall University '58. While in college, he married his sweetheart, Carol Hedenburg, started his family and worked three jobs to support his family and put himself through college. Who said it couldn't be done! One of his jobs, working for Avis Rent A Car at Newark Airport, turned into his career and family business. He purchased an Avis Rent A Car franchise for central NJ and the Jersey Shore in 1960 which he operated until recently.

He carried the Avis "We try harder" spirit into everything he did and worked to improve life for those around him. He served as treasurer for Congressman Jim Howard, on the Board of Regents for Seton Hall University as the Athletic Chairman during their Final Four run, on the Board of Trustees for the Boys and Girls Club of Newark and for the Avis Advertising and Policy Committee. He served in the Army Reserves and was honorably discharged as a First Lieutenant. He is a member of the Seton Hall "Hall of Fame" for his "armchair" support of the Seton Hall Basketball Program and a recipient of the "Most Distinguished Alumnus" award.

Bill's life revolved around his family, his friends, his car rental business and Seton Hall. No matter what happened, good or bad, he lived by his motto "We're all in this together".

A life well-lived by a man who loved and was loved.

great-grandchildren; a sister, Janet Quinn; a sister-in-law Linda (Tom) Daly; several nieces, nephews, cousins and Gela Champuridze his caregiver who added 7 -1/2 years to Bill's life. He was predeceaed by his wife, Carol, his parents, Patrick and Ann Eyres and his three sisters, Mazie Bartholomew, Margaret Bien and Rose Eyres.

Morituri te salutant. Requesciat in pace!!
Vita mutatur non tollitur !
Steve Barry
August 12, 2017
May you be comforted in the loss of your dad. We had good memories of both of your parents. Because of a reception for Congressman Howard, we voted for a Democrat the first time. They were good neighbors for many years.
Ed & Dot Jaasma
August 9, 2017
I am So Sorry to hear of Mr Eyres passing. My Prayers for peace go out to All of the Family.
Robbie Brinkley
August 9, 2017
Thank you for all you have done to help the Hall and so many others in need! Your heart is like infinity, with no boundaries.Rest in Peace
William Aimetti
August 7, 2017
Showing 1 - 4 of 4 results