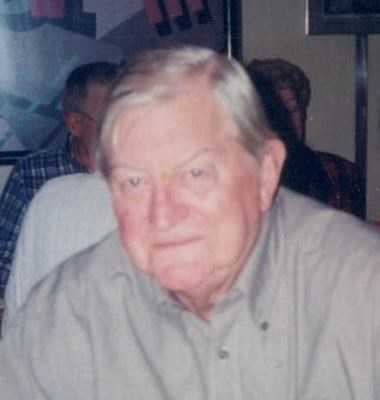 William D. Haller, Jr, 96 of Wall Township, was born in Elkton, Md on July 6, 1924. He later moved to NJ and graduated from North Plainfield High School in 1942. Upon graduation, he enlisted in the Navy and after completing basic training he joined squadron VC-14 at Naval Air Station Cecil Field in Florida and eventually boarded the Aircraft Carrier USS Hoggatt Bay for his assignment. Bill's first duty was as an aerial gunner on TBF Avengers with missions against the Japanese submarines and ships. His squadron was credited with sinking 13 Japanese submarines, and his squadron was awarded a Presidential Unit Citation. After 18 months of combat missions in the Western Carolina Islands, Philippines Leyte Gulf, Peleliu, and the Marianas Campaign, Bill was sent back to the US for additional aerial training aboard a PB4Y Privateer bomber. Upon completion he was stationed on the Island of Okinawa where he remained until the Japanese surrender on V-J Day Bill was supposed to travel to the USS Missouri at Pearl Harbor for the Commemoration of V-J Day but was unable to due to Covid-19.

Upon being honorably discharged, Bill returned to New Jersey. He married Jeanne Henningsen 2/1/1947 and they were married for 74 years. While courting he managed to get roses sent to his future wife during his first combat tour in the Pacific. They moved to Wall, NJ in 1950 where he built his home for his family. He joined the Carpenters and Joiners Union, Local 2250, where he was a Union Carpenter becoming a Construction Supervisor and Project Manager. He was the Project Manager on the renovation of Monmouth Park Racetrack, several additions to Jersey Shore Hospital, North Dover Elementary School in Toms River, Wayside Elementary School, North Brunswick HS, St John Vianney HS, and an addition to JFK Hospital in Edison with his final job before retirement, the Freehold Raceway Mall.

He was also a Special Police officer in Wall Township. After leaving the Police Dept., he continued to serve his community by joining the Wall Township Recreation Committee and was Chairman for 13 years. He supported the town by working the chains for the High School football games for ten years. Bill joined the Masons in 1963, Spring Lake Lodge 239, eventually becoming Master in 1967. He continued in Masonary serving as Master 4 times. He was appointed as Grand Chaplain to the Grand Lodge of the State of NJ in 1998. During that time, he was appointed as Chaplain of Demolay International. He was honored and asked to join the High Council Rosicrucians Society of the US. He was a member of the Scottish Rite, Crescent Shrine and was awarded many other honors, and served in many other capacities of the Masons. He was awarded the Daniel Tompkins Medal by the Scottish Rite, for service to the craft and his country as a veteran.

Bill is survived by his beloved wife of 74 years Jeanne (nee Henningsen) Haller, his loving children Lynne Straubinger, Ginny Bulkowski and her husband Bob, and William Haller, III. Bill had four sisters and two brothers and is survived by 2 sisters and his youngest brother. His wonderful family extended to four grandchildren, 10 wonderful great-grandchildren and one great, great-grandson. He has many nieces, nephews, and a multitude of wonderful friends.

Family and friends are invited to attend a visitation on Sunday, April 25, 2021, from 1-4 pm at Orender Family Home for Funerals, 2643 Old Bridge Road Manasquan, NJ 08736 with a prayer service at 3:45 pm and a Masonic Service to begin at 4 pm. Interment will be 11 am on Monday, April 26, 2021, at Brig. General William C Doyle Veterans Memorial Cemetery, Wrightstown, NJ. In lieu of flowers, donations may be made to The Scottish Rite Central Valley of NJ, 103 Dunns Mill Road, Fieldsboro, NJ 08505 and please write in the memo "Dyslexic Learning Centers." To send condolences to the family please visit www.orenderfamilyhome.net.