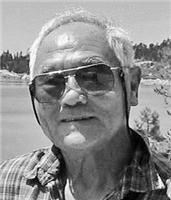 Fred Kawashima passed away on Friday, September 3, 2021. He had just turned 95 years old.

Fred was born to Hitoshi and Hatsune Kawashima in 1926, in Wallville, a small sawmill town in western Washington. When Fred was 5 years old, his father passed away and he and his older siblings, Frank and Aiko, were raised by their mother in Bay Center, Washington.

Shortly after he graduated high school at age 16, the government moved his family to the Tule Lake Relocation Center during WWII. He was allowed to leave Tule Lake to begin studies at Washington State University a year later, then enlisted in the army at age 18. After the war ended, he returned to his studies at the University of Minnesota, where he completed his B.S. in Electrical Engineering.

In 1951, Fred married Yaeko Kosobayashi. They resided in Pasadena, CA, until 1957, when he was hired by Lockheed Missiles and Space in Sunnyvale. They moved to Santa Clara where they raised their four children. They divorced in 1973.

Fred was a satellite systems engineer during his 31-year career at Lockheed, designing testing protocols for military satellites, including one of the first U.S. satellites to be launched into space. He was particularly proud of his work designing the final processes that allowed satellites to be tested and approved for launch.

Fred was an adventurer who loved sports and the great outdoors. He excelled in baseball and led an all-Nisei team to a city championship in the 1940s. He was an avid golfer and fisherman. He shared his passion for sports and nature with his children.

In the early 1980s, Fred met Sandra Diani, who managed the office of his dentist. In 1990, they were married and retired to Loma Rica where they transformed their 3-acre home into a park-like garden. Fred and Sandra were committed to the local community and served two terms on the Yuba County Grand Jury (1995-97).

In retirement, in addition to fishing, golfing, and landscaping, Fred pursued many other interests including bonsai, ikebana, bridge, and Lions Club. Fred and Sandra were great companions, spending much of their time discussing, debating, and laughing together until Sandra passed away in 2019.

In an autobiographical account of his life written in 2012, Fred ended by saying: "My spirit will live on as long as memories of me live on." Fred touched the hearts of many and will indeed live on in our memories.

No services are planned at this time.
Share online condolences at
www.appealdemocrat.com
Published by Appeal Democrat on Sep. 15, 2021.
To plant trees in memory, please visit the Sympathy Store.
MEMORIAL EVENTS
To offer your sympathy during this difficult time, you can now have memorial trees planted in a National Forest in memory of your loved one.
MAKE A DONATION
MEMORIES & CONDOLENCES
0 Entries
Be the first to post a memory or condolences.