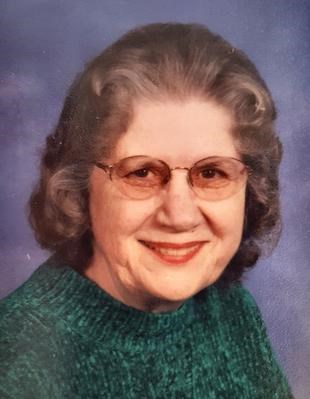 Barbara was born May 21, 1940 in Iowa City, IA to Perry and Ruth (Ellis) Goetschius. Due to the untimely death of her mother, she moved to Hales Corners, WI and was raised by cousins Roy and Irma Springer. She graduated there from Greendale High school in 1958. Shortly thereafter she enlisted in the United States Air Force. She served 8 years and spent time in Okinawa, Mobile, Alabama, and Sacramento, California.

Barbara lived in Alabama and Columbus, Mississippi for 30 plus years and worked in various administrative/clerical positions. In 1987, she married William Knox Gandy in Columbus, Mississippi. She was an active member of the Central United Methodist Church in the Choir, Youth ministries, and Women's group. She and W.K. were very active with the local Veteran groups and both provided volunteer and transportation services to local VA facilities. In 2000 Barbara became the first woman Commander of the local American Legion.

Following the death of her husband, Barbara moved to Sioux Falls, SD in 2004 to live with her identical twin, Beverly, and to be close to remaining family. Once she settled in, she again resumed her volunteer services for Veterans at the VA in Sioux Falls. She volunteered for 14 years and provided several thousand hours throughout the VA but in the final years was mostly seen greeting and assisting those who came to the cafeteria and chapel. In 2017 the VA nominated Barbara for the Adult Lifetime Volunteer Award at the Helpline Spirit of Volunteerism Award Banquet. Barbara was a member of Faith Temple Church and was a supporter of the church's efforts at the Friday Food Giveaways. Barbara was an avid Atlanta Braves baseball fan and rarely missed a game in 25 years.

Barbara was preceded in death by her husband, W.K.; parents, Perry and Ruth Goetschius; and siblings, Beverly, Bob, Jerry, Gene, June, and Sharyn.

Private graveside services will be held at Berg Cemetery near Renner, SD. Due to Covid, there will not be a public visitation/service. Please share memories of Barb on Miller Funeral Home's website www.MillerFH.com.

To plant trees in memory, please visit our Sympathy Store.
Published by Argus Leader from Nov. 12 to Nov. 15, 2020.
MEMORIAL EVENTS
No memorial events are currently scheduled.
To offer your sympathy during this difficult time, you can now have memorial trees planted in a National Forest in memory of your loved one.
MAKE A DONATION
MEMORIES & CONDOLENCES
0 Entries
Be the first to post a memory or condolences.