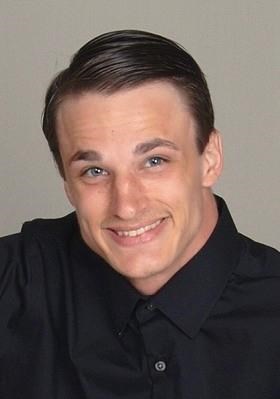 Brachton Scott "Brach" Barber, 23, died at the WPLG Channel 10 Broadcasting Tower site in Miami Gardens, Florida on September 27, 2017. The cause of death was an unexpected and unintentional work accident.

Born October 2, 1993 in Sioux Falls, South Dakota, he lived in Longwood, Florida and worked at Tower King II as a Tower Climber Technician who performed maintenance and repairs, installation, and decommissioning of tower components such as antennas and broadcast equipment primarily for radio and television towers. Brach attended Sioux Falls Christian School, Windells Academy, a private action sports boarding school for snowboarding in Sandy, Oregon, Washington High School in Sioux Falls and graduated from Aloma High School in Winter Park, Florida. Brach was also a proud member of the Hillcrest Church in Sioux Falls where he was baptized.

Services will be held at 3:00 p.m., Saturday, October 14, 2017 at Hillcrest Church, 4301 East 26th Street, Sioux Falls, SD 57103. Further information regarding burial and reception will be provided at the service. Relatives and friends are welcome to participate in additional gathering at Hillcrest Church at 2:00 p.m., prior to the service.


Published by Argus Leader on Oct. 9, 2017.
To plant trees in memory, please visit the Sympathy Store.
MEMORIAL EVENTS
Oct
14
Memorial Gathering
2:00p.m. - 3:00p.m.
Hillcrest Church
4301 East 26th Street, Sioux Falls, SD
Oct
14
Service
3:00p.m.
Hillcrest Church
4301 East 26th Street, Sioux Falls, SD
Funeral services provided by:
HERITAGE FUNERAL HOME AND CREMATION SERVICES
MAKE A DONATION
MEMORIES & CONDOLENCES
Sponsored by HERITAGE FUNERAL HOME AND CREMATION SERVICES.
6 Entries
I'm so sorry to hear of your loved and deepest condolences are extended to you. Something that's helped me through the death of loved ones is to reflect on 1 Corinthians 15:26.
November 7, 2017
Heartfelt condolences. May the thought of knowing that family and friends share in your grief bring you a measure of comfort. (Proverbs 17:17) Sincerely Ali
October 11, 2017
We can't imagine the deep pain you must be feeling from the loss of your child. Please know you're in our thoughts and prayers during your time of need and have our deepest sympathies. Gabe Valle and Karen Ward
October 10, 2017
Our thoughts and prayers for comfort and strength are with you. God Bless
Bill Allen
October 10, 2017
May God bless you and your family in this time of sorrow.
J
October 9, 2017
My sincere condolences to the Barber family. May God continue to comfort and strengthen you because He cares for you. 1 Peter 5:6,7
Cheryl
October 9, 2017
Showing 1 - 6 of 6 results