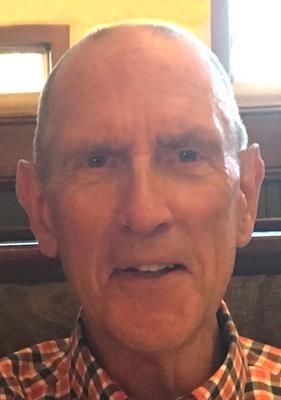 Dean Frank Fisher was born on June 19, 1944 along with his twin brother Dale in Clarion, Iowa to Joseph and Viola (Dahlgren) Fisher. He received his early education in the area and graduated from Clarion High School in 1962. Dean continued his education at Iowa State University and graduated with a B.S. in Agronomy.

Dean married the love of his life, Mary JoAnne (Lehman) Fisher, in Rolfe, Iowa on July 23, 1967. To this union the young couple was blessed with two children, Deana and Joseph.

Following college, Dean served our country in the Army. He was first stationed in Kansas and later Germany. Thereafter, Dean began his career in Iowa working for the Soil Conservation Service. Various promotions led him to Colorado, Arizona, and Oregon until he became the State Conservationist of South Dakota. After retiring, he and Mary moved from Huron to happily settle in Sioux Falls, SD.

Dean loved the Lord first and foremost. This was evident in the way he loved his family, cherished his friends, and lived a life of deep integrity. Dean was an active member of every church he attended and loved to study God's Word. Each day he showed Christ's love by caring about people. He authentically connected with others by engaging on many levels; he listened carefully, participated in meaningful conversation, and was available to help when called upon. His witty teasing and sense of humor brightened the ordinary. Dean was a generous, kind-hearted, loyal, trustworthy, wise, supportive, loving, funny, and optimistic person. Friends and family looked to Dean as a rock and a refuge.

Dean was also a very talented man who was a skilled wood worker and visionary home remodeler. His green thumb was the envy of all who beheld his pristine yard and landscape. He also had a great love of dogs; he and his loyal Australian Labradoodle Angus were well known and loved in the neighborhood. Truly, he was a light in this world and will be greatly missed.

Those left to cherish Dean's memory include his daughter, Deana Fisher of Champlin, MN; son Joseph of Bellingham, WA; grandchildren, Celeste and Mason Fisher; sister Joanne (Bob) Mucken of Portland, OR; brother Dale (Carol) Fisher, of Spencer, IA; brother Mark (Patricia) Fisher of Clarion, IA; his wife's sisters, Carol and Marilyn and their families, along with numerous other relatives and friends. Dean is preceded in death by his wife Mary, his father Joseph, and his mother Viola. We are confident that Dean was joyously received by His Savior, along with these loved ones and many others when he crossed through Heaven's gate.

Published by Argus Leader on Apr. 20, 2017.
To plant trees in memory, please visit the Sympathy Store.
MEMORIAL EVENTS
Apr
22
Visitation
1:00p.m.
Faith Baptist Fellowship
SD
Apr
22
Funeral service
2:00p.m.
Faith Baptist Fellowship
601 W 57th St, Sioux Falls, SD
MAKE A DONATION
MEMORIES & CONDOLENCES
3 Entries
We are so sorry to learn that Dean has passed away. We know he's with Mary Jo and that is a comfort . Deana and Joe, we will be keeping you in our prayers. Your father was a great person and so kind to everyone .
Love, Sylvia & Steve Perry
Mary Jo's cousin
April 22, 2017
Our deepest sympathies go out to the family of our neighbor and friend. May your found memories help you find the peace that you seek.
Shawn, Amanda, Alyssa, Logan, Liam and Ava Nielsen
April 20, 2017
Our condolences go out to Dean's family and friends. Dean will be greatly missed by his neighbors, friends and family. We are so lucky to have been neighbors to Dean and have learned so much from this caring and unselfish man.
Keith, Jeana, Austin, Carter, Whitney and Madisyn Portner
Keith and Jeana Portner
April 19, 2017
Showing 1 - 3 of 3 results