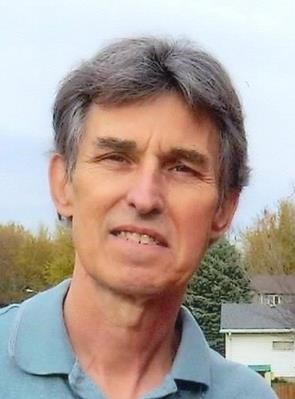 Howard is survived by his son, Jason (Mindy Cleland) of Sioux Falls; 2 grandsons, Parker Van Muyden and Andrew Serie; sister, Delores Mulder of Lemars, IA; special aunt and uncle, Wilma and Hans Van Roekel of Rock Valley, IA, who Howard spent a lot of time with growing up; good friend, Jean Armstrong; along with many other relatives and friends. He was preceded in death by his parents and grandparents.

Published by Argus Leader on May 27, 2016.
To plant trees in memory, please visit our Sympathy Store.
MEMORIAL EVENTS
May
27
Visitation
4:00p.m. - 8:00p.m.
Anderson Funeral Home
2Nd & Main St, Canton, SD
May
28
Funeral service
10:30a.m.
Anderson Funeral Home
2Nd & Main St, Canton, SD
Funeral services provided by:
Anderson Funeral Home
MAKE A DONATION
MEMORIES & CONDOLENCES
Sponsored by Anderson Funeral Home.
2 Entries
Ronald Wesdorp
May 21, 2020
It was my great pleasure to know you Howard. It's a crying shame your life ended when it did. After all those years of working hard, you deserved the retirement you always dreamed of. Hopefully you're in a better place and getting the rest you so richly deserve. God rest your soul my friend.
Ron Wesdorp
May 27, 2016
Showing 1 - 2 of 2 results