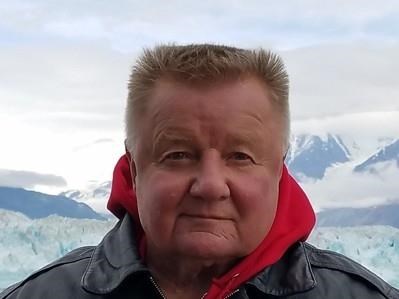 Lon was born in Estelline, SD on April 8, 1948 to Wilbur and Marjorie (Sween) Hall. He attended District 40 in Windsor township through the eighth grade, and graduated from Arlington High School in 1966. He attended Dakota State University in Madison, SD and then transferred to South Dakota State University where he graduated with a degree in Wildlife and Fisheries/Biology. He served in the National Guard from 1969 to 1975.

Lon worked as a carpenter, mobile home salesman and gas station attendant before he began working as a research technician for the Oat Breeding Project at SDSU in 1975. During this time he went on to obtain his Master's Degree in Plant Science. In 2001, he became head of the Oat Breeding Program. He and his research assistant, Rachel Bauer, worked very hard and took great pride in releasing several varieties of oats. He continued his research after his retirement, recently starting Halls Seed with his son, Jesse.

In his younger years, Lon enjoyed many outdoor activities including ice fishing, hunting and playing softball with local ball teams. Farming with his son, brother and nephews was one of his greatest rewards. You could often find him on the road in his Ranger doing a No-Till crop tour. He always had a passion for exercise and lifting weights. Many Sunday afternoons were spent at Lake Oakwood picnicking and playing bean bags. Lon loved spending time with his family, especially his granddaughters (Grandpa's Girls).

Lon had a never give up positive attitude and he always strived to make everything better. He is missed.

Grateful to have shared his love and life are his wife Sue, daughter Heather and Levi Pearson of Watertown, Jesse and Laura Hall of Arlington; granddaughters: Shelby and Natalie Pearson and Hayden Hall; mother Marjorie; brother Jon (Brenda) Hall; nieces and nephews: Nick (Denise), Brooke (Andy) Berdan and Cody and his special friend Amanda Jensen, along with numerous extended family members and friends.

He was preceded in death by his father, Wilbur and in-laws, Gordon and Ruth Jensen.


Published by Argus Leader on Aug. 27, 2017.
To plant trees in memory, please visit our Sympathy Store.
MEMORIAL EVENTS
Aug
28
Visitation
5:00p.m. - 7:00p.m.
Johnson-Henry Funeral Home-Arlington
305 East Ash, Arlington, SD
Aug
29
Funeral service
2:00p.m.
Arlington United Methodist Church
Arlington, SD
Funeral services provided by:
Johnson-Henry Funeral Home-Arlington
MAKE A DONATION
MEMORIES & CONDOLENCES
Sponsored by Johnson-Henry Funeral Home-Arlington.
6 Entries
Sue, I only learned this morning. I am so sorry for the delay. All my good wishes to you and yours.
Jerry Sweeney
Coworker
October 17, 2017
J
James Antonen
August 31, 2017
Some of my favorite memories from college included being itchy and hot on the back of a combine as Lon and I harvested oats each season. Lon's smile was the best, although we had lost touch over the years, hearing of his passing has burdened my heart. Sending love and light to those that cared for him. I'm happy to have known Lon and thankful for my time working with him.
Shawna Cooke
August 30, 2017
I am so sorry for your loss. I know Lon was a great guy and he will be dearly be missed. You are all in my prayers.
Terra Suelflow
Friend
August 27, 2017
Sue,

Roger and I are thinking of you. Prayers for you and your family.