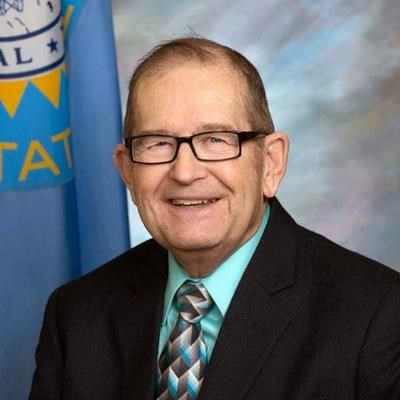 Brandon - Roger Wayne Hunt of Brandon, SD, passed away on, November 9, 2018, at the Dougherty Hospice House in Sioux Falls, SD after a 5 week hospitalization from a complicated surgery.

Roger was born in Flandreau, South Dakota to Wayne and Louise (Claussen) Hunt on February 23, 1938. His father, who served in WWII, was a watch and clock repairman, and during Roger's early years, his family also lived in Colman, Watertown, and northern Iowa, as well as Florida. Roger attended school in Sioux Falls, SD, and graduated from Washington High School. He earned a Bachelor's Degree in Political Science from Augustana, and then a law degree from the USD School of Law in 1962. He married his high school sweet heart, Sharon Lee Boese, on June 14, 1959.

After being licensed to practice law in South Dakota, Roger joined the U.S. Navy, and served for 22 years on active duty as a member of the Navy's Judge Advocate General's Corps. While in the Navy, Roger and Sharon raised their family - Dawn, Heather, and Lamont. Life in the Navy was filled with a lot of challenges, and many great experiences for a young family. Roger served in the Navy in Rhode Island, California, Scotland, Virginia, Washington, D.C., Taiwan, and Tennessee. In his last duty station, Washington, D.C., he served in an Admiral's billet and was responsible for the day-to-day operation of the Naval Legal Service Command and 40 Navy legal service offices throughout the world. Having obtained a Masters of International Law Degree from George Washington University in Washington, DC., Roger served as an International Advisor and worked with foreign governments in the United Kingdom and in Taiwan R.O.C.

While serving with the U.S. Navy in the nation's capital, Roger worked with Congressional Committees on federal legislation concerning matters important to the Department of Defense.

Roger retired from the Navy in 1984. He and his family came home to South Dakota; setting up a small town law practice in Brandon, SD.

Roger had a commitment to family and a strong belief in sanctity of life. Because of this, he was a founding board member of the Alpha Center and in 1989 he became an ambassador. He also received the Humanitarian award.

During his twenty years in the legislature, Roger was the prime sponsor of, and introduced well over, 140 pieces of legislation; some repealing old laws and some creating new laws.

Beyond politics, Roger was active in his church community. He was a member of Faith Baptist Fellowship for over thirty years. He served in a variety of roles within local, regional and national leadership of the Baptist General Conference, now known as Converge.

Roger's faith in Jesus Christ was obvious to anyone who knew him. It was the foundation in everything he did. He was a man of high integrity and honor.

When he wasn't helping people with their legal needs, or standing up for the people of South Dakota, he enjoyed hunting and woodworking. As a fan of chess, he started collecting chess sets and, over the years, built up a collection from around the world.

Celebration of Life services for Roger will begin at 11:00 a.m. Monday, November 19, 2018 at Central Church in Sioux Falls. Visitation will be from 1:00 to 5:00 pm Sunday at Heritage Funeral Home with the family present from 2:00 to 4:00 p.m. Burial with full military honors will be at 1:30 pm MT, Friday, November 23 at Black Hills National Cemetery. www.heritagesfsd.com.


Published by Argus Leader from Nov. 11 to Nov. 14, 2018.
To plant trees in memory, please visit the Sympathy Store.
MEMORIAL EVENTS
Nov
18
Visitation
1:00p.m. - 5:00p.m.
HERITAGE FUNERAL HOME AND CREMATION SERVICES
4800 S MINNESOTA AVE, Sioux Falls, SD
Nov
19
Funeral service
11:00a.m.
Central Church
3102 West Ralph Rogers Rd, Sioux Falls, SD
Funeral services provided by:
HERITAGE FUNERAL HOME AND CREMATION SERVICES
MAKE A DONATION
MEMORIES & CONDOLENCES
Sponsored by HERITAGE FUNERAL HOME AND CREMATION SERVICES.
15 Entries
Dear Sharon,
Mary Ann joins me in sending our condolences. Roger was an outstanding Naval Ooficer and a warm and trusted friend. I always knew that after I had heard all the other opinions, Roger would be my truth teller, the one who would give me his honest opinion, without caring if I liked it or not. There are very few people that can play that role. I missed him when he retired. We are so glad we got to see the two of you in San Diego. Our love and prayers go out to you and your family.
Tom Flynn
December 7, 2018
Eileen and I want to pass along our sincere condolences to Sharon and family over the passing of this very good man. Roger was very good to me during our time together in Washington, D.C. -he in personnel and I in admiralty. You could not help but like and respect Roger. He was an excellent naval officer and an exceptional human being. I am comfortable, as I know his family is, that he comfortably and joyously ensconced in the welcoming arms of his lord and savior, Jesus Christ. God bless Roger and his family at this time of loss and hurt.
Peter and Eileen Hewett
December 6, 2018
I remember Roger with affection and great respect from our Navy days. A generous, spiritual person with integrity. May he rest in peace.
Ed Hosken
December 6, 2018
Our prayers go out to the entire Hunt family during this time. May the Lord be your strength and comfort.
Tim and Darlene Mattox
November 19, 2018
Thank you for your service to South Dakota, along with your wisdom and teaching of being a public servent while being a servant of GOD!
Jed Huisman
Acquaintance
November 18, 2018
Thank you Roger for not treating us like clients but like family members. He was that uncle that gives you sound advice. We enjoyed working with him to get our family affairs in order. You will be missed. God bless.
Lyle & Marcia Kummer
November 18, 2018
We enjoyed the work Roger did for us. He would not only help with legal advice, but give you the best advice, and talk to you like a friend. Our prayers go out to all his family and friends!
Dianne and Don Lewis
November 16, 2018
Our thoughts and prayers go out to the family of Roger Hunt. We appreciated all the work he did for us. He will be greatly missed!
T&R Contracting, Inc.
November 16, 2018 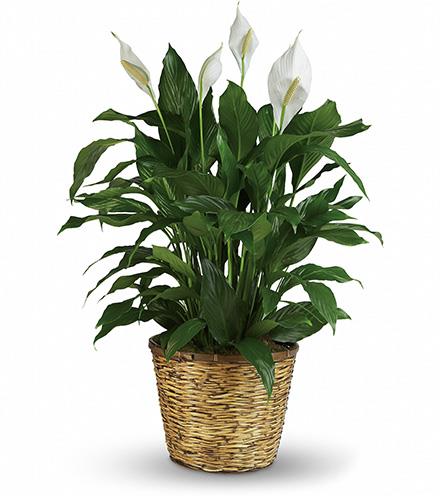 a loved one
November 15, 2018
We thank God for Roger and his life of service, On Friday he was welcomed into the presence of his Lord and Savior, Jesus Christ, with the words 'well done good and faithful servant.'
We are praying for you, the family, as you feel his absence the most.
May God wrap you in His strong and loving arms. May He comfort you and give you peace. May His grace be sufficient for you.
Stephen Roussos (for the Missionary Church, and the SESD Prayer Conference)
Friend
November 13, 2018
What a wonderful legacy of faith and support for the unborn Roger leaves behind. Prayers go out to the family and many friends that will miss him here on earth.
Leah Anderson
November 13, 2018
Blessed to call him friend.
Bud and Rose Schneider
Friend
November 12, 2018
May the God of all comfort strengthen the family of Roger Hunt during this time of deep sorrow. Those who pass on God keeps in his memory because they are precious in his eyes. My sincerest condolences. Psalm 116:15
J B
November 11, 2018
Dennis Tolliver
November 11, 2018
Roger has left us His Faith in JESUS was authentic as the sunrise he met every day knowing who he was not many like him so real in his own skin he was a brother and a special servant c u later conrad meier
Conrad Meier
November 11, 2018
Showing 1 - 15 of 15 results