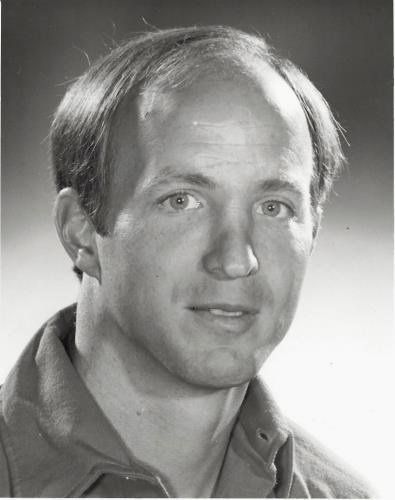 BORN
1949
DIED
2018
FUNERAL HOME
Jagers and Sons Funeral Home
24 Morris Ave.
Athens, OH
THE PLAINS - Coach Larry E. Hunter, 68, of Cary, North Carolina, died Friday, May 4, 2018.
A native of The Plains, Larry is survived by his loving wife of 40 years, Mary Kay Hunter, and beloved furbabies.
He was preceded in death by his parents, Robert W. and Mildred Meek Hunter, and is survived by his sister, Donna Jean (Darrell) Brown; twin brother, Garry E. (Rebecca) Hunter; two nephews, Dennis Brown and Shawn Hunter; a niece, Debra Brown Riggs; a great niece and nephew, Stephanie Eldridge and Jason Riggs; and many aunts, uncles and cousins. He is also survived by his extended family of 47 years of basketball student athletes, team members and associates.
Coach Hunter was born in Athens on Aug. 8, 1949, and grew up in The Plains. He graduated from The Plains High School and Ohio University. His 47 year collegiate career included assistant and associate head coaching positions at Marietta College and North Carolina State University, and head coaching positions at Wittenberg University, Ohio University and Western Carolina University, from where he stepped down in March of this year.
Some of the highlights of his career including a Division III National Championship in 1977 and numerous Regular Season and Conference Championships at Wittenberg University; a 1994 Mid-American Conference Season and Conference Championship on a team led by the "Shaq of the MAC", Gary Trent; and Preseason NIT Tournament Championship the following year at Ohio University. He was named Coach of the Year twice at Wittenberg, once at Ohio, and National Coach of the Year in 1977. His players have earned numerous Conference and All-American honors under his tutelage. He was inducted into the Wittenberg Hall of Honor in 1996 and the Ohio Basketball Hall of Fame in 2016. In the last year, he became one of only 40 NCAA Men's Basketball Coaches all time to reach 700 career victories. He was the 8th winningest active coach in Division I in 2018.
His greatest source of pride was not the wins and losses, honors bestowed, or championships won. It was the love and passion for teaching life skills on the court that would give young men the tools necessary to become the best adults they possibly could be. He did this through his own example of relentless hard work and never quit attitude. As Larry would always say, "Keep Chopping Wood", which he did until the day he died. He placed great emphasis on the "Student" in Student Athlete. All but one player he recruited and completed eligibility, graduated.
A memorial service will be held at The Plains United Methodist Church, 3 N. Plains Road, The Plains, on Saturday, May 19 at 1 p.m. Interment will be in the West Union Street Cemetery, Athens. Family and Friends may call Saturday from 11 a.m. until service time at the church. All are welcome. Local arrangements are with Jagers & Sons Funeral Home, Athens.
Flowers are welcome; those wishing to honor Coach Hunter are asked to make a donation to Wittenberg University Basketball, North Carolina State University Wolfpack Club, or South of the Bully Rescue (SOTB), [email protected]
Please share a memory, a note of condolence, or sign the online register book at www.jagersfuneralhome.com.

To plant trees in memory, please visit our Sympathy Store.
Published by The Athens Messenger from May 12 to May 14, 2018.
MEMORIAL EVENTS
May
19
Calling hours
11:00a.m. - 1:00p.m.
The Plains United Methodist Church,
3 N. Plains Road,, The Plains, OH
May
19
Memorial service
1:00p.m.
The Plains United Methodist Church
3 N. Plains Road,, The Plains, OH
Funeral services provided by:
Jagers and Sons Funeral Home
MAKE A DONATION
MEMORIES & CONDOLENCES
Sponsored by Jagers and Sons Funeral Home.
16 Entries
Sorry to hear of the passing of Coach Hunter! He made a huge impression on our son Josh Coffman, when he attended the camps held at Ohio University. Keeping the family in our thoughts and prayers! Chris and Paula Coffman
Paula Coffman
May 21, 2018
This great coach left us way too early!! I had the pleasure of helping Larry at Wittenberg as varsity and jayvee announcer and official scorer for the Tiger's basketball games and helping with Tiger basketball camp. I also traveled to many of the away games and national championships to witness and support this great coach and his multitude of accomplishments! Ohio and North Carolina are much better basketball teaching states thanks to the wisdom, motivation, and outstanding character of Coach Hunter! As a Wittenberg Alum, I can attest he will truly be missed by players and fans alike as we all "Tiger-Up" and stay strong in his honor! Coach Dave
Dave Owen
May 19, 2018
Because of you Coach Hunter I am at Capital University!! Mentor, friend and tremendous man! RIP.
Dixie Jeffers
Friend
May 18, 2018
To Mary, and the Hunter Family sorry to hear of your loss. Your Family are in our prayers. I had a lot of fun with Larry over the years, either at camp or during basketball season. He always treated me with utmost respect and I loved his competitive spirit. Coach Randy Lincicome, Grove City,Ohio.
Randy and Joyce Lincicome
May 18, 2018
It was good to have known Larry as a classmate for twelve years, and as a lifelong friend. He was always positive, always a hard worker, and a fierce competitor in any sport. I have memories of Larry that I cherish, and will never forget. My condolences to the entire family. He will be missed by many. God Bless
Gary Mckibben
Classmate
May 17, 2018
My condolences to Mary and the family. Coach was a class act, fierce competitor and as loyal as they come. I am saddened by his passing but thankful for the life he lived and the lives he influenced.
Tom Stephens
OU, '92
(basketball manager)
May 16, 2018
Our deepest condolences to Mary and the entire Hunter family. Larry's untimely passing is a huge loss to everyone who knew him. I watched Larry play basketball in high school. What he lacked in height, he more than compensated for with his love for the game, his determination, and his character. He was a winner in many, many ways. His was a life well-lived.
Debbie & Everett Williams
May 14, 2018 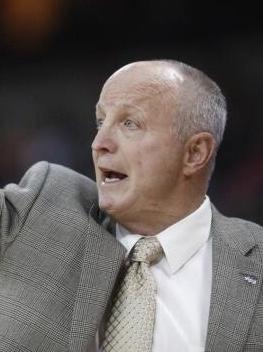 My deepest condolences to the family of a very kind and caring man. God Bless you all.
MaryEllen Gibbons-Mize
May 14, 2018 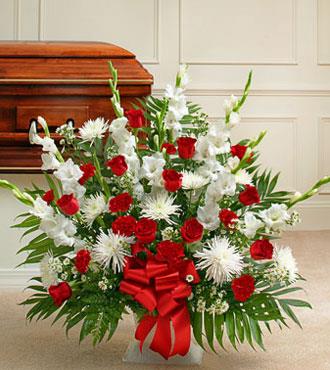