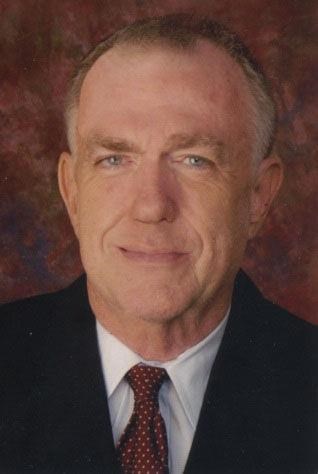 BORN
1939
DIED
2019
FUNERAL HOME
Jagers and Sons Funeral Home
24 Morris Ave.
Athens, OH
ATHENS - Thomas Waddell Metters was born April 17, 1939 in Columbus, a son of the late Thomas H. and Charlotte Ann Waddell Metters. He is a 1957 graduate of Athens High School and received a bachelor's degree in journalism from Ohio University in 1965. He died May 10, 2019 at OhioHealth O'Bleness Hospital, Athens.
He served in the Army between 1959 and 1962 and was sports editor of The Traveller at Fort Lee, Virginia between 1960 and 1962. He wrote sports at The Athens Messenger as a journalism student after leaving the Army, continued as a sports writer at The Messenger on a full-time basis after graduating from Ohio University and later on a stringer basis. He was also sports editor of The Messenger for a brief time.
He assisted American Legion officials during the state tournament since 1962 and served as an official scorer at the Legion World Series in Millington, Tennessee in 1989.
He served as a director for the Athens High School Athletic Boosters then later served in an honorary capacity. He was also on the board of the Green and White Club, served as the club's secretary between 1983 and 2004, received the group's Jonesy Sams Award in 1987 and served as the organization's historian since 2004.
Among his other honors are being named to three hall of fames, by the Ohio Prep Sports Writers Association in 1990, the Ohio High School Basketball Coaches in 1993 and the Athens High School boosters in 2000. He also received a contributor award from the Ohio High School Track and Field Coaches Association in 1995 and an Ohio High School Athletic Association media service award in 1998.
He was a member of the Society of Professional Journalists and received a recognition plaque from the group in 1973, and served as president of the Ohio Associated Press Sports Writers Association in 1984. He has been listed in several Marquis publications including Who's Who in America and received sports writing awards from The Associated Press and Brown Publishing.
He was a member of the First Presbyterian Church in Athens, the Kentucky Colonels and numerous sports writing groups. He bowled in various leagues in Athens for many years and served as league secretary part of that time.
Surviving Tom are his cousins; Don (Bettye) Hendrix of Knoxville, Tennessee, Lois (La-Vern) Reedy of Kingsport, Tennessee, Larry Hendrix of Knoxville, Mary Alice (Gene) Beckman of Moline, Illinois, Ralph (Beverly) Hendrix of Severna Park, Maryland, and Roger (JoAnn) Hendrix of Pasadena, Maryland; also surviving are several of his cousin's children.
Funeral service will be conducted Friday at 10 a.m. at First Presbyterian Church, 2 N. Court St., Athens, with Rev. Robert Martin officiating. Burial will be in Green Lawn Cemetery, Columbus. Friends may call Thursday from 5-7 p.m. at Jagers and Sons Funeral Home.
The family extends its sincerest thanks and appreciation to Kirk DePeel, who took Tom to several Cincinnati Reds baseball games, and insured Tom's continuous involvement in the local railroad club. At one of the Reds' games a sports writer covering the game saw Tom in the stands, leading to a pre-game reunion between Tom and a number of local and national sports writers discussing past game coverage and player interviews.
The family also thanks Carl Denbow and family for including Tom in their Christmas celebrations, with a final thank you to Hickory Creek Nursing Home, its staff and administration for their conscientious care of Tom during his stay there prior to his passing.
Please share a memory, a note of condolence or sign the online register book at www.jagersfuneralhome.com.
In lieu of flowers, memorial contributions may be made to First Presbyterian Church, 9 N. College St., Athens, OH 45701 or Athens Athletic Boosters, c/o John Rogers, Athletic Director, 1 High School Road, The Plains, OH 45780.

To plant trees in memory, please visit our Sympathy Store.
Published by The Athens Messenger from May 13 to May 16, 2019.
MEMORIAL EVENTS
May
16
Calling hours
5:00p.m. - 7:00p.m.
Jagers and Sons Funeral Home
24 Morris Ave., Athens, OH
May
17
Funeral service
10:00a.m.
First Presbyterian Church
2 N. Court St, Athens, OH
Funeral services provided by:
Jagers and Sons Funeral Home
MAKE A DONATION
MEMORIES & CONDOLENCES
Sponsored by Jagers and Sons Funeral Home.
19 Entries
Tom was the cornerstone of publicity for the SEOAL for a long time. Friend to all of us who worked, covered teams in the league.
A true gentlemen, who loved hight school sports.
Helped create a great sports section for the Messenger.
Remember him fondly from our days in the 1960s-to-1971
.
Proud of my days broadcasting the Chieftains with Gary Boyer and Roger Hinerman.

Voice of the Chieftains
WLGN-Logan
June 16, 2019
The many tributes to Tom really meant so much to me. I appreciate knowing how much he was respected and loved. It is good to know that so many were his friends. We were too far away to be close. My siblings and I were his only family.
Lois Reedy
Family
May 23, 2019
Tom was a friend during the last 12-15 years of his life. He was a humble man, with a deep knowledge and love for sports. I am thankful to have met and befriended him. In my mind, I still see him sitting on press row at the Convo watching high school basketball or working the Legion games during late summer. Thank you for your friendship!

The biggest Waterloo Wonder fan, from the Athens Messenger and Ohio Sportswriter
Tom Metters has died.

When I first meet Dick Burdette in 2006 we talked about reissuing the Waterloo Wonders books he was very hesitant to do so, he said
John, I don't think anyone will remember this story It's just been too long ago!

After repeated phone calls to Dick asking him to help me get the story out there, one night he says
I get a call a least once a year since the early sixties from a fella in Athens, Ohio trying to get me to republish the Waterloo Wonders story too. He's a Ohio Sportswriter for the Newspaper the Athens Messenger his name is Tom Metters.
Dick then gave me Toms phone number, I rang up Tom that very evening we talked for nearly 3 hours about the Wonders and Ohio sports in general. He started covering sports in high school for the messenger and was a sports writer for over 50 years.
The best story he had encountered during that long career was The Waterloo Wonders
We both agreed it needed to be back in print and not lost to history.
Tom and I began a full assault on Dick Burdette trying to convince him this was an important part of southeastern Ohio history and Ohio Basketball history.
I'm not sure if this would have been successful if not for Tom Metters passion for the Wonders and Ohio Sports in general.
He was a true gentleman and a beat sportswriter from the old school print story telling he loved the newspaper business and Ohio Sports, from his beloved Cincinnati Reds to the local high school action he covered it all.
During the three years Dick and I did lectures and book signings on The Waterloo Wonders
Toms Rolodex was always available to me, I'd call him and say we are going to be In Marietta or Oxford Ohio this weekend can you help me get a story in the paper there? He would then call the local press to help us get the story in print.
He loved coming to Portsmouth for the annual baseball banquet every January before his health got bad. We would go together usally the coldest night of the year, we started off touring the flood wall murals he so loved then to the banquet that night.
I bet he's having coffee and interviewing Orlyn, Wyman Roberts and the rest of the Wonders about their storied feats on the basketball court, I would love to read that article!
Rest easy old friend you will be truly missed~
John Neal
May 14, 2019
Always sad to see a person who was part of your life in the past die. I remember Tom very well and he was a fixture at all Athens High School sporting events. Was always a kind and caring man. Rest in peace Mr. Metters and God speed.
Mark Scott
May 14, 2019
My sympathy to his family, and thanks for the detailed obituary for an involved and community spirited man.
I never officially met him, but I spoke with him once to say how often I witnessed his tender treatment of his mother. I was so often touched to see it at various events around Athens.
Judith Daso
May 14, 2019
Remembering Tom from all the many sports games he covered at the time our sons were involved at Athens High School and American Legion Baseball. He was a part of that scene and happy in his job.
Rest In Peace Tom.

Chuck,shirley,Chuck Jr, Larry &Scott Dailey
C
May 14, 2019
I am so sorry to hear of Tom's passing, I worked with him for many years at The Messenger and also knew him from the bowling leagues .. he was a wonderful man who contributed much to the community through his journalism and mentoring others .. he will be sadly missed, I will keep his family in my prayers at this difficult time. Sincerely,
Brenda Brown
May 14, 2019
Showing 1 - 19 of 19 results