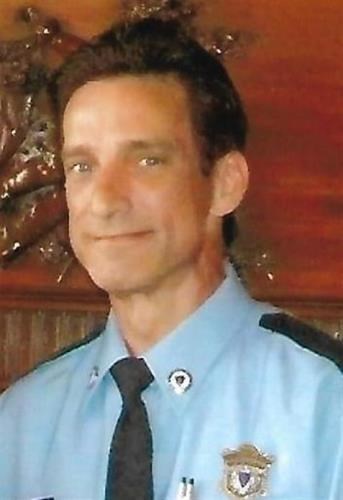 He was born February 3, 1961 in Norwood to Edward and Diane (Glynn) Kramer. He grew up in Weymouth and attended Weymouth High with the class of 1979.

John served in the United States Army from 1979-1983 and was honorably discharged.

He was a manager for Tedeschi's Markets in Weymouth until he joined the Massachusetts Department of Corrections. A former Lieutenant at the Souza Baranowski Correctional Center, "The Max", in Shirley, his career included being the recipient of the Meritorious Award (2012) and was honored at the State House in Boston. He retired after 20 years of service.

Johnny enjoyed many great adventures in life, Caribbean cruises and annual trips to Mexico, earning the nickname "Jet-ski Johnny". He enjoyed many fishing trips; in 2018 a bucket list dream came true when he caught sailfish in the Gulf of Mexico. He loved the salmon run in New York and would venture there every fall. He loved going to concerts in Las Vegas and the sights on Freemont Street. Italy was an adventure where he and his wife shared their 10th wedding anniversary. He loved driving his Maserati or his sporty Honda S2000. He loved living large!

Johnny was an eclectic collector, loved a good flea market or auction. Antiquing costal Route 1 from Bar Harbor to Kittery, Maine and attending extravaganza in Pennsylvania were favorites. He enjoyed playing the piano and his lessons with Janet Paoletti. A coffee connoisseur, if you knew him you knew his love for a good cup of coffee.

Johnny would dazzle his family with his culinary skills, chicken salad or lobster mac & cheese were family favorites.

"Johnny Kramer" will be fondly remembered and dearly missed "Who'd believe you'd come along". He leaves a legacy of love and laughter, "Good times never seemed so good".

Johnny was predeceased by his father, Edward J. Kramer, in 2013.

There are no formal services scheduled.

You may offer your sympathy online at WWW.WITTYFUNERALHOME.COM
Published by Athol Daily News on Oct. 1, 2020.
To plant trees in memory, please visit the Sympathy Store.
MEMORIAL EVENTS
Oct
10
Calling hours
1:00p.m. - 3:00p.m.
Witty's Funeral Home
158 South Main Street, Orange, MA
Funeral services provided by:
Witty's Funeral Home
MAKE A DONATION
MEMORIES & CONDOLENCES
Sponsored by Witty's Funeral Home.
4 Entries
Raenette,
I am so sorry for your loss and extend my deepest sympathies to you and your family. May your wonderful memories comfort you.
Sincerely,
Cindy Hahn Caldwell
Cynthia Hahn Caldwell
Friend
October 7, 2020
My Kramski will always have a special place in my heart. We went sky diving once, an adventure I will always remember fondly. My condolences to Raenette and family.
Donna Ellis
Coworker
October 2, 2020
Rae & Family,

So sorry to hear of your husband's passing. May you find comfort in the precious memories of your 15 years together. I certainly enjoyed when you shared your adventures at WW meetings.

God Bless, Gloria Vera
Gloria J Vera
Friend
October 1, 2020
Very sorry for your loss. I worked with John at Sousa. He had a sneaky little chuckle that would always make me laugh. Gone too soon.
Jay Brule
October 1, 2020
Showing 1 - 4 of 4 results