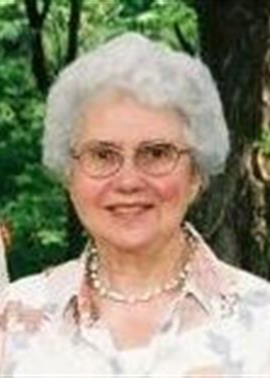 BORN
1926
DIED
2019
FUNERAL HOME
Levine Chapels
470 Harvard Street
Brookline, MA
Rohna Anna (Isaacson) Shoul, age 93, of Northampton, passed away peacefully on October 24, 2019, surrounded by her family. Born in 1926 in Cambridge, Mass, she graduated from Bates College and had a masters from BU School of Social Work. Working as a medical social worker at Boston City Hospital in the late 1940's, she met her husband (deceased) Melvin who was a surgeon there. They soon married and after raising her family, she worked as a school social worker at Day Junior High School in Newton.

Rohna was a champion mother. She was a champion because she had one goal in life which she never wavered from for even a moment. This goal was to create a world rich in conditions that would enable her children and all other children to have good lives. She protested lynchings in the South during the 1940's because she knew that injustice for one group of children meant a life of injustice for all children. She protested nuclear testing and was arrested in 1986 with Daniel Ellsberg at the Nevada Nuclear Test Site. As an organizer of the womens' peace movement, she founded Voice of Women, one of the earliest women's groups protesting the Vietnam War; these groups preceeded the student anti-war movement and she did this because she knew a world of war was a world where her children and all other chidren would suffer.

An early environmentalist, she founded the Green Decade Coalition and volunteered on many committees in Newton. She was active for 50 years in the Democratic Party because she knew that unless people were active citizens, the freedom that enabled all people to have satisfying lives would disappear. She was an early feminist who knew the value of her own thinking as evidenced by the fact that she was surrounded by powerful, assertive men all her life who pushed her to lead a more conventional life typical of housewives of the fifties and early sixties. She always told these men that she would do just what they asked, and then went right ahead and did exactly what she had been planning to do all along which was the opposite of what they wanted.

She had a difficult childhood--growing up poor in Lewiston, Maine and the West End of Boston. But despite her challenges, she grew into a truly resilient woman who was known for her cheery disposition and respect for all people, no matter what difficulties she was experiencing in her own life. Proof of her resilience is the fact that she brought up her three boys to take unconventional pathways, which took a while to reach their final destination. But she backed her boys through thick and thin, always believing in them. And when she passed, she died surrounded by her children and their families, all of whom are close, and all of whom have incorporated her core values as guiding stars in their own lives. She left the greatest legacy a person can have: a life of intergrity that became a model for her children, grandchildren, great grandchild and hundreds of others whose work incorporates Rohna's values, meaning that what Rohna believed in most strongly will ripple on outwards in the great lake of life through time immemorial.

Rohna's strength to persist came from the unconditional love of her mother Rebecca. There is a photo of the two of them on the day she graduated with a Master's Degree in Social Work from Boston University which she said was her favorite picture. Rohna is now at peace because she is with her family that came to this country escaping the pogroms in the Ukraine during the early part of the last century: her dear mother, her Aunts Sonia and Gussey, her first cousins Mildred and Celia, and her beloved grandfather Rabbi Sharfman of the North Russell Steet Temple in the West End.

As Rohna's message on her answering machine said for her last twenty years (no matter how annoying for those who had heard it for the 400th time): "Keep working for peace and social justice, it's more important now than ever before."

Graveside services for family will be held at 2:00 p.m. on Sunday, November 3, at the Lindwood Memorial Cemetery in Randolph, MA followed by a gathering for friends from 4:30-7:00 pm (contact Mark Shoul for more information). A celebration of life will also be held in Northampton at a future date.

In lieu of flowers, for those who wish to make a memorial donation, they can be made to the ACLU (www.aclu.org), the Democratic Attorneys General Association (www.democraticags.org) or a charity of your choice.
To plant trees in memory, please visit our Sympathy Store.
Published by Athol Daily News on Oct. 30, 2019.
MEMORIAL EVENTS
Nov
3
Graveside service
2:00p.m.
Temple Emanuel Memorial Park
490 North St., Randolph, MA
Funeral services provided by:
Levine Chapels
MAKE A DONATION
Please consider a donation as requested by the family.
MEMORIES & CONDOLENCES
Sponsored by Levine Chapels.
2 Entries
From the moment Mark told me about his mother's activism, I felt her inspiration and guidance. We need to resist, and Rohna helped us know how to resist.
November 6, 2019
May her memory be a source of strength for all who are missing her. My condolences to Maile and the rest of her family.
Martha P
November 1, 2019
Showing 1 - 2 of 2 results