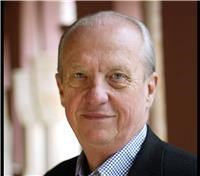 A.D. "Pete" Correll, the former president of Georgia-Pacific and a philanthropist who helped save Grady Memorial Hospital in Atlanta from financial troubles, has died at age 80.

In addition to his work with Grady Hospital, he was cited by President Bill Clinton in 1995 for lessons learned from him when he was governor of Arkansas about doing well and doing right. Correll led Georgia-Pacific and was a philanthropist who left fingerprints around the state. He was called on by mayors, business leaders, and friends for help for a particular reason.

Correll co-chaired a commission in 2003 that renamed Hartsfield-Jackson Atlanta International Airport to honor Maynard Jackson, the city's first Black mayor. He served on the Georgia Aquarium board and gave money to numerous causes in Brunswick, where he grew up. He and his wife, Ada Lee, both University of Georgia graduates, gave $5 million to their alma mater three years ago to start a scholarship for students with significant financial need.

He died Tuesday from kidney failure, his family said.

Correll is survived by his wife of 58 years, Ada Lee, his daughter, Elizabeth Correll Richards, his son, Alston, and five grandchildren.

A service will be held at First Presbyterian Church in Atlanta, Wednesday, June 2 at 2 p.m.

Read more about Pete Correll on ajc.com
Published by Atlanta Journal-Constitution on May 26, 2021.
MEMORIAL EVENTS
MAKE A DONATION
MEMORIES & CONDOLENCES
31 Entries
Pete and I worked together in Plymouth, NC in the early/mid-70's. It was easy to see even then that he would become the business leader he became. Pete, Ada Lee and the two kids were wonderful friends and neighbors. Godspeed, Pete, and please watch over Ada Lee, Elizabeth and Alston as they face the healing process.
Ed Benson, Walnut Creek, CA
Ed Benson
Coworker
June 5, 2021
He was the best leader that I ever had the privilege to work for. You had to get past his gruff exterior to realize what a big heart was inside.
Bruce R Smith
Coworker
June 2, 2021
A legend and an inspiration.
Treated everyone with respect.
Pushed to drive change and a positive impact.
I was fortunate to have learned from him while in meetings or gatherings as he was pushing us to all be better.
His legacy lives through his family.


Bea Perez
Acquaintance
June 1, 2021
A giant of a man with a heart of gold. Would have made a great President. An inspiration in so many ways. RIP, my friend...and my love to Ada Lee and all the Correll family.
Chuck Leavell
Friend
June 1, 2021
Ada Lee, Elizabeth, Alston - and the whole family:
Pete will be missed but he won’t be forgotten. His legacy lives on in many different ways. And we will cherish his memory with great appreciation.
Anke & Christian
Anke & Christian Fischer
Friend
June 1, 2021
You will be missed.
Great man
Amazing leader
He was an inspiration
James Jordan
Friend
May 30, 2021
Ada Lee and family,
Pete was and is an icon for me.
Even though it it has been 20 years since I retired from GP your friendship and caring I have never forgotten.
Ada Lee, I have never forgotten you visiting the hospital when my son JB was injured and fighting for his life shortly after we moved to Atlanta.
Now it is time to remember Pete for all the many great and good things he did.
He has left a legacy that we can all be proud of.
God Bless you all,
John Rasor
John Rasor
May 30, 2021
Remembering playing cards in Virginia many years ago- so sorry for his loss.
Jim and Pat Howard
Friend
May 28, 2021
Pete and the entire Correll family have been a cornerstone for the creation and growth of Camp Twin Lakes, an overnight camping program providing fully adaptive, medically supportive, and deeply impactful programs to more than 10,000 campers each year. Pete and Georgia Pacific donated the first parcel of land for Camp Twin Lakes 28 years ago and their support has continued ever since. On behalf of the hundreds of thousands of families you have impacted through our work at Camp Twin Lakes, thank you Pete. You will be missed and we send our love to Elizabeth, Ada Lee and the Correll family. Love, your friends at Camp Twin Lakes
Jill Morrisey
Friend
May 28, 2021
Pete was a boss, mentor and later a friend from whom I learned to truly appreciate the importance of treating everyone, irrespective of their position in the company or the community, with dignity and respect. That and other lessons learned from Pete served me well and paid tremendous dividends for the remainder of my career. Tamara and I extend our condolences to Ada Lee and family. He will be deeply missed.

John Lundgren
Chairman and CEO ( Retired)
Stanley Black and Decker
John Lundgren
Friend
May 28, 2021
I had the privilege of knowing Pete during his time with Mead Paper in Dayton, Ohio, when we served on our church's pastor nominating committee. Although Pete was a pillar of the business community, he did his committee work faithfully and valued and respected all other members' opinions, also. It was an honor to rub elbows with such an outstanding person. Looking back it is hard to believe that life only occasionally, and rarely, places such persons in your life, for only a brief season. I am glad I had such an opportunity to know Pete.
Eric Wallace
Acquaintance
May 28, 2021
Thank you, thank you for stepping up to save Grady Hospital when it seemed so likely it would close. Atlanta can never thank you enough.
Jennifer Brandt
Acquaintance
May 28, 2021
Pete was someone I greatly admired. He embodied servant leadership and set an example for all of us, impacting so many lives along the way. He fought the good fight, finished the race and kept the faith.
Dave Stockert
Friend
May 28, 2021
Sending prayers for Ada Lee, Elizabeth, Alston, and their families. I recall Pete's kind smile and quick hello at many church and school events.
Pamela Adams
May 27, 2021
I am so sorry. Love, Lydia Ann Breedlove
Lydia Ann Breedlove
Friend
May 27, 2021
Thank you for all your work for the city of Atlanta, and in particular, Grady Hospital. Atlanta is a better place because of people like you. Condolences to your family- may they be comforted by knowing your impact will continue for years and years.
Stacy Higgins
Acquaintance
May 27, 2021
The Grady Burn Unit was saddened to hear of Mr. Correll's passing. We send our heartfelt sympathy to Mrs. Correll, Elizabeth, Alston and the entire family. We are keeping you all close in our thoughts and our prayers.
The Grady Burn Unit
Acquaintance
May 27, 2021
My deepest sympathy to the Correll family for their loss. In high school Pete was always an example of the right way to live. Even though our paths diverged after graduation, and our encounters were infrequent, I followed his career in print with awe and admiration.
Lamar Sarratt
Classmate
May 27, 2021
Thank you for your leadership, service and dedication to the Georgia communities. As well as saving and rescuing Grady Health System when they were in great despair. May your legacy continue to live on. Your presence will truly be missed. Rest in heavenly peace.
Eloise Williams
Acquaintance
May 27, 2021
My heart is so heavy when I heard this news last night - my prayers to Ada Lee and the Correll family.
I have known Pete for probably 15 years - as a husband, a father, a grandfather, but I really got to know during my time at Grady when he became our Board Chair. I considered him a hero for his role at Grady and helping that great institution not only survive, but thrive! His commitment as a private citizen to help Atlanta's Academic Safety Net Hospital is and should be a model everywhere. But most importantly, I considered him a friend, even sought out his advice when I was considering my role in Florida. I will miss his leadership, I will miss him.

Leon Haley
Leon Haley
Friend
May 27, 2021
You will be forever remembered. What an honor and privilege it was to work for you and Ada Lee. There are no words for your honor and dedication to others. You were a true leader and exemplary individual. I will forever keep you in my heart.
Wanda Getsinger
Coworker
May 27, 2021
I remember Pete when he was head of GP, he would come to the Mills and was able to communicate with anyone in the workforce. Condolences to the family for the loss of someone who valued people and knew how to make decisions that allowed all involved to be more successful.
Jerry L. Potts
Coworker
May 27, 2021
I love you Pete. I am so blessed to have worked as your assistant at Georgia Pacific and as your friend. I thought you would be here forever. I had so many happy times as your assistant, lots of happiness and laughter with the best boss ever. Thank you for taking a chance on me. My heart goes out to your precious Ada Lee and your wonderful children and grandkids. We love you so very much. You have blessed so many lives. I will see you in heaven one day.
Debbie Sisley
Friend
May 27, 2021
It's only been a day, but I miss my Uncle Pete so very much.

He was the toughest SOB I've ever known, yet his heart constantly poured out for others, and he gave when he had nothing tangible to gain. He just did what he thought was right to benefit others. Big lesson...

Michael Johnson
Family
May 27, 2021
Our paths briefly crossed when you addressed our WLA class at Emory in 2019. You surely left an impression by sharing your leadership philosophy and willingness to "go there" for what you believe in. Thank you for your commitment to human advancement and a better society. We pray for a peaceful repose and comfort for your family.
Taofeek Owonikoko
Acquaintance
May 26, 2021
Great leader who never made you feel he was a CEO .. he was responsible for helping all of us at Georgia Pacific for making the company great . He will be missed
Tony Buford
Coworker
May 26, 2021
He was a good man, a friend to all who knew him and a great Bulldog who will be remembered everyone whose life he touched.
Rogers Wade
Friend
May 26, 2021
A great leader and visionary. Honestly caring for others.
The best 20 years of my career were spent with Pete and I admired every day. He challenged but also offered his full support. I will miss my friend.
My prayers are for Ada Lee.
Mike Burandt
Coworker
May 26, 2021
Dear Ada Lee,
My heart is saddened.
Pete was an outstanding leader and a very, very fine man. I have admired him for his community service , his love of family and friends and , of course, his leadership in our great city.
Please know how much all of these parts of his life will be missed.
Remember, though, that we will never forget him.
Thank you for sharing him!
Love to you and your wonderful family,
Alice McDonough
Alice McDonough
Friend
May 26, 2021
What a sad day! In 1991, I was a student at GA Tech and struggling financially. One day my grandmother called me and said she convinced Pete Correll to interview me for a part-time position at GP. He was gracious enough to give me a chance and some 30 years later I still work for GP. He was an inspiring individual and I will never forget him!
Beth (Sellers) Holt
May 26, 2021
Pete Correll was one of the finest men I have ever met. When we were changing the Georgia flag to remove the Confederate emblem, he was my mainstay and constant advisor. He was a great Georgia who will be missed.
Roy E. Barnes
Roy E. Barnes
Friend
May 26, 2021
Showing 1 - 31 of 31 results