KING, Ann Ann King, Founder /CEO Blooming Cookies, Save Our Pets Food Bank, Morningside Community Garden. Theresa Ann King, friend, sister, entrepreneur, visionary, and animal lover left this world on Wednesday, March 7, 2012. Ann was born in Columbus, Georgia on September 22, 1951, the daughter of Robert A. "Pete" King and Doris Coker King (Newsom). Ann was very proud of her parents and sisters Carole and Sally, and her Columbus and Abbeville, SC heritage. Her mother was the first Miss Georgia in the state's history. She was a 1969 graduate of Columbus High School and graduated from the University of Georgia in 1973 with an ABJ in Journalism. While at UGA and in leadership positions in her Tri-Delta Sorority, she honed her abilities in public relations as well the ability to talk anyone into anything. There was no better story teller in the world than Ann King. After College and during the glamour days of air travel, Ann became a flight attendant for Delta Airlines and traveled the world. Her fellow flight attendants became life-long friends. While watching a TV program one morning in 1984, Ann was impressed by the featured product, long-stemmed roses. Soon after, Ann founded Blooming Cookies, which became a multi-million dollar nationally recognized gift company. The rocking horse Ann created as a baby gift holds a special place in thousands of homes. Ann graciously provided support and advice to others seeking to start their own businesses and often spoke at conferences and in classrooms about her experience in starting and running a successful business. Although Ann won numerous awards and recognitions and was widely known and respected in the business community, she would want to be remembered for providing jobs for hundreds of people, creating a workplace family, and making gifts that made a difference in people's lives. Ann loved her family and friends, many of whom knew her as the "Mayor of Morningside" because of her long-term active involvement in the neighborhood. She knew her neighbors and genuinely cared about them. If someone needed help, Ann was the first one there. Ann was a friend to all animals. Her life was dedicated to taking care of and rescuing animals of all types. After closing Blooming Cookies in 2007, she founded Save Our Pets Food Bank in an effort to provide food to the pets of people who were struggling with the poor economy. Putting her CEO mindset to work, she navigated the pet food bank to national prominence and became a mentor to others in that area. Ann was a creative genius, a talented athlete, a beautiful woman, and a gentle soul. She is survived by her two sisters: Sally Burger of Pulaski, Tennessee, niece Anne Lindsey and nephew Brandon, and Carole Kendall of Columbus, niece Annesley and nephews Ran and Rob. She will be greatly missed by many close friends who loved her dearly. A memorial service for Ann will be held at 2pm on Saturday, March 17 at the Virginia Highland Church, 743 Virginia Ave. NE, Atlanta. In lieu of flowers, we request that you make a donation to the organization Ann founded, Save Our Pets Food Bank (saveourpetsfoodbank.org).

Published by Atlanta Journal-Constitution on Mar. 14, 2012.
To plant trees in memory, please visit the Sympathy Store.
MEMORIAL EVENTS
To offer your sympathy during this difficult time, you can now have memorial trees planted in a National Forest in memory of your loved one.
MAKE A DONATION
MEMORIES & CONDOLENCES
Sponsored by sally burger.
33 Entries 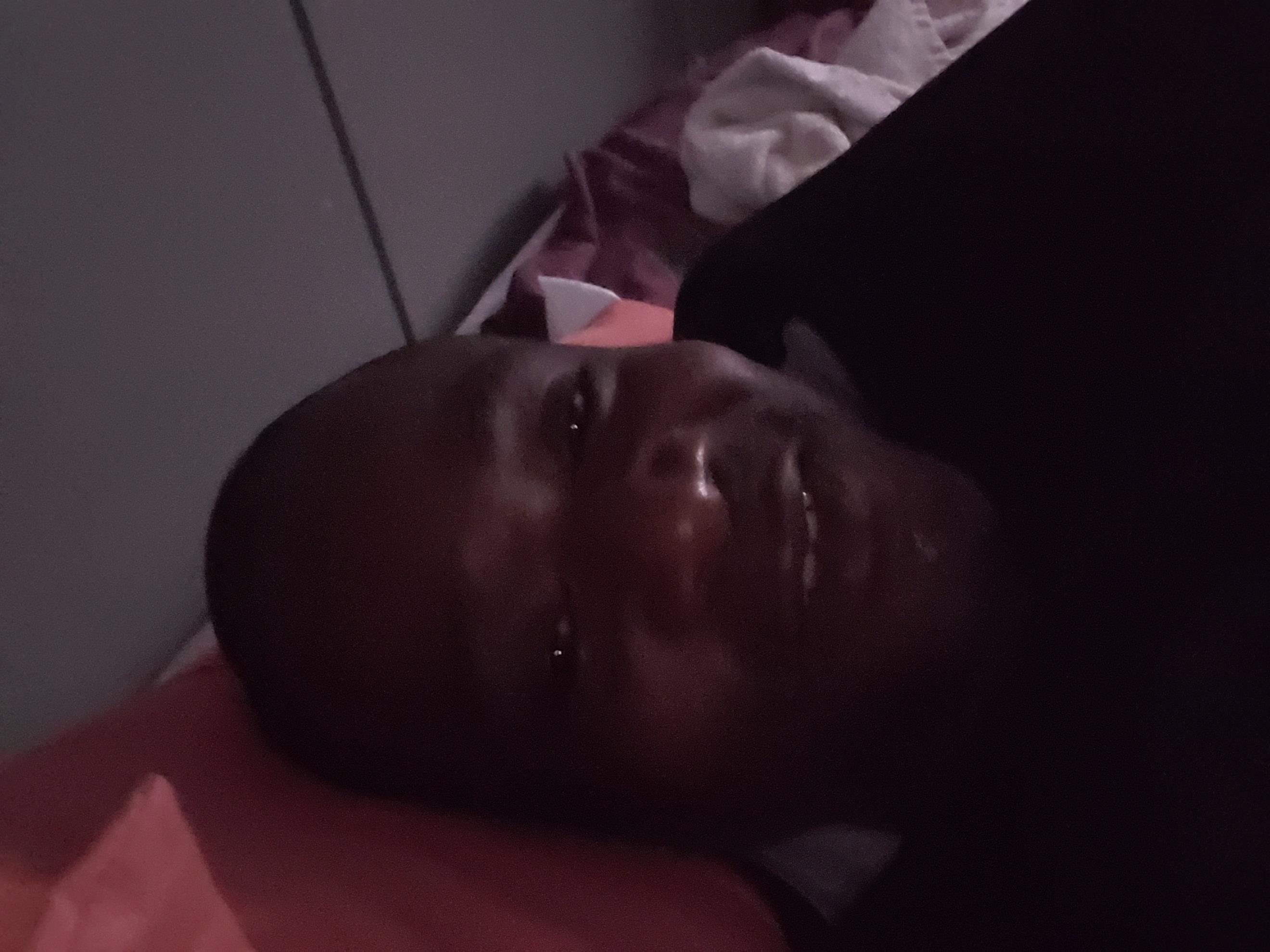 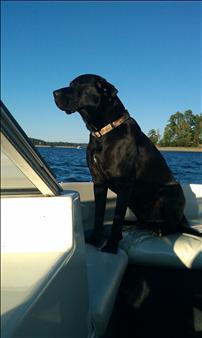 Ann was a force of nature. One of the most unique people I have ever had the pleasure to meet. We shared a love of Lake Lanier, and her dogs were a fixture in our cove in the summertime. Her love of animals was contagious, and she committed much of her life to their welfare. We will miss you, Ann.
Jef Allen
March 16, 2012
"So what lessons do I learn when a precious friend dies suddenly at age 60?"

Unfortunately, the great insights are often the great cliches:
Life goes by fast,
don't waste a moment,
tell the one you love how you feel,
show affection every chance you get---
because I would give anything to hug Annie
and tell her how she made my life better...sweeter...
just one more time.

But I want my post to be uplifting, so here it goes...

It's okay to feel this pain.
In fact, if you have been as lucky as I have been the "friend department",
it would be an outrage not to cry.
You can't have an up with out a down,
a right without a left,
a back without a front---
or a happy without a sad.
That's the price that all us pay for having a friend like Ann King.
You get the wonder,
the joy,
the infectious laughter,
the tender moments---
and then you get the tears at the end, too.

My friend, my beloved Annie, is worth every tear.

I love you. Beatrice
BEATRICE RUSH
March 16, 2012
Ann was one of the most generous people I have ever been blessed to know. She always had her hand out to help another person up! Will miss her. Deb Paradise, Birmingham, Al.
March 15, 2012
I knew Ann first as a Flight Attendant and then as a cookie entrepeneur. She was a class act. I loved her cookies.
Ann D'Agostino
March 15, 2012
Ann King was one of the kindest and gentlest souls I have ever had the priviledge of knowing..a true friend to all animals. She helped so many people hang on to their pets in this devestating time of economic depression by supplying food for these needy animals. As an animal rescuer in an uncaring county, she helped me feed the many rescues I have taken under my wing so they could go on to find happy homes. She loved her own animals so much and I am so thankful to have known such a wonderful lady. You will be sadly missed and always rememberd for all the goodness you were so full of...You are now with your sweet English Setter you missed so much and spoke of so often...oh the sweet kisses you must be getting..I can only imagine! Some friends come into our lives and leave way too quickly..You were this friend to me but "you" my friend, left footprints on my heart that will remain there forever...
Samantha Holton
March 15, 2012
Ann was very special to me. She called me an artist long before i ever made a dime being one. I will miss you my friend.
Jeff Thorn Lynn In.
March 15, 2012
Ann was a true inspiration in persuading others to become all they dream. I am so fortunate in working with this remarkable human being in the beginnings of Bloomin' Cookies. Ann is sadly missed.
Rhonda Alexander
March 14, 2012
I'm saddened by this news. Ann and I were first cousins. She was 13 years older than me. We were never really close...unfortunately. I do remember her being a such a sweet person, with a big heart. I find comfort in knowing that she is with my aunt, my grandmother and my daddy ... joyfully, singing in heaven.
Becky Coker Bauers
March 14, 2012
I didn't know Ann long enough, having met her only about six months ago through a mutual animal rescuer friend. Helping people and animals was something she was truly passionate about, a testament to her true spirit and character. Ann will be greatly missed. She is now helping God take care of all of the animals in Heaven.
Ann Garner
March 14, 2012
You will be missed by so many—both those with paws and tails and those without. May others be inspired by your purpose-driven life and by your countless good deeds! Journey well, Ann!
Josie Giles
March 14, 2012
Ann's warmth and compassion left an unforgettable impression on everyone she touched, both two-legged and four. Our childhood friendship remained steady even as we traveled our individual life paths. She is deeply missed but remains in my heart and mind, her spirit will always be a comfort.
Ina Feinberg
March 14, 2012
Annie, our world is a bit dimmer without you. Love, compassion, entrepreneurial wisdom, humor, selflessness and beauty are, but a few words that describe your character. I feel so grateful and blessed to have been touched by your incredible spirit. My thoughts and prayers go out to family and host of friends you leave behind. May we carry your legacy forward with your zeal for others.
Cindi Branch
March 14, 2012
May God bless Ann and provide her all the pets to love.
Hannah Mays
March 14, 2012
So many years since I was with Ann but am overwhelmed by all the wonderful things she accomplished. She will definitely be missed. Rest in peace.
Berkley Tante
March 14, 2012
A very lovely lady and a great advocate/friend to ALL animals -- a very sad loss.
S Beth Harris
March 14, 2012
Ann, I will always remember our good times at UGA and the many adventures we had in and out of the Tri Delt House. College life wouldn't have been half as much fun without you. You went on to make others' lives better wherever you traveled. I will miss you and cherish the conversations and the visits with you. May your family find comfort in knowing that you truly made this world a better place - for friends and strangers alike. God bless you and your family. John: 14:1-3
Julia McCormick McKissack
March 14, 2012
Ann, you were a sweet and wonderful lady and an incredible "old soul" - I hope you are petting all the babies in heaven. You definitely will be so missed. Thank you for your amazing generosity in heart and spirt.
Allison Davis
March 14, 2012
Twila really did say it best...so successful on so many fronts and always delightful to fly with or run into anytime. A very special, capable and caring lady..she will be missed by so many. Terri Wright Lightmas, CHS 1969, Delta Air Lines F.A., 1972-2004
March 14, 2012
May God Bless you and your family in this time of sorrow. Isaiah: 12:2
C Palmer
March 14, 2012
To Ann, that fun loving person alaways made me laugh even in the darkest of times... She wasn't afraid to love at heself either. She was Always there to offer suggestions, help and nothing was too difficult... Ann looked for the silver lining and the positives of each situation, obstacle and considered them opportunities. She touched many and helped those who couldn't help themselves. Thanks for allowing me the opportunity to know you, Ann!
Cindy Poortinga
March 14, 2012
Twila said it all. Ann was a spectacular lady and will be greatly missed. My prayers are with her family. She was taken way too soon! Patty Branch ( Columbus, Ga)
Patty Branch
March 14, 2012
Beautiful, brilliant, funny and compassionate. A special lady who put her resources behind an orphan cause and made a real difference in her community. Ann, you left us way too soon......may you rest in peace and rise in Glory.
Twila Rhodes Kirkland
March 14, 2012
Showing 1 - 33 of 33 results