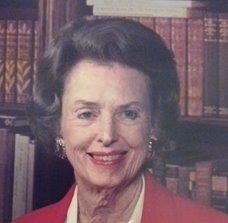 FUNERAL HOME
H.M. Patterson & Son-Oglethorpe Hill Chapel
4550 Peachtree Road Ne
Atlanta, GA
Anne Alexander Lester died on Easter Day, April 1, 2018 at Canterbury Court in northeast Atlanta, following a short illness. She would have been 94 years-old at the end of April. She was predeceased by her beloved husband and partner William C. ("Bill") Lester four years before, and they shared nearly 61 years of marriage together. Anne's life was characterized by a love for her family, gracious hospitality, commitment to her church, an appreciation for music and musicians, and a passion for music education.

A native of Milan, Tennessee, Anne was a graduate of Christian College (now Columbia College) in Columbia, Missouri, and Louisiana State University, graduating from LSU with a bachelor of music degree in piano. After her marriage to Bill, they lived in Schenectady, New York, Charlotte, North Carolina (twice), Richmond, Virginia, Atlanta, Georgia, and Cleveland, Ohio, before retiring to Atlanta nearly 35 years ago. Wherever they lived, Anne could be counted on to make lasting friendships, sing in her church choir, and serve in leadership positions with the local music and arts groups.

Anne treasured her experience of singing with Robert Shaw and others at Tanglewood in the 1950s and thoroughly enjoyed singing with the Atlanta Symphony Chorus under the direction of Robert Shaw when she returned to Atlanta. Except for a short time when she was "on loan" to the Presbyterians in Cleveland, Anne was a lifelong Methodist, and was a long-term member of Peachtree Road United Methodist Church in Atlanta. She sang in the choir for many years, and served as member and chair of the Music and Arts Council at the church. Anne was always an avid reader and an enthusiastic follower of Duke and ACC basketball, attending nearly 50 ACC basketball tournaments with Bill.

Her memorial service will take place at 2 p.m. on Friday, April 6, 2018 at Peachtree Road United Methodist Church, Rev. Bill Britt officiating. A reception will follow. In lieu of flowers, donations may be made in Anne's memory to Peachtree Road United Methodist Church, the Atlanta Symphony Orchestra, the Georgian Chamber Players, or Franklin Pond Chamber Music.

Published by Atlanta Journal-Constitution from Apr. 4 to Apr. 5, 2018.
To plant trees in memory, please visit the Sympathy Store.
MEMORIAL EVENTS
Apr
6
Memorial service
2:00p.m.
Peachtree Road United Methodist Church
GA
Funeral services provided by:
H.M. Patterson & Son-Oglethorpe Hill Chapel
MAKE A DONATION
MEMORIES & CONDOLENCES
Sponsored by H.M. Patterson & Son-Oglethorpe Hill Chapel.
4 Entries
I am very sorry to hear of the passing of your love one Anne.May you find peace and comfort in the God of all comfort. Matt 5:4.
CAW
April 5, 2018
On behalf of the members of the Atlanta Symphony Associates, I would like to express our sympathy to your family at the loss of such a lovely lady. We are grateful for her service as President of the Atlanta Symphony Associates from 1979-1980. We join the family in celebrating a life filled with sharing the joy of music with the Atlanta Community.

Sincerely,
Karen Bunn
ASA President
2016-2018
Karen Bunn
April 4, 2018
I am very sorry to hear of the passing of your love one Anne. May you find peace and comfort in the God of all comfort. Matt 5:4.
CAW
April 4, 2018
What a true Southern Lady who leaves behind a wonderful legacy. Our thoughts and prayers are with the Lester and Barge families at this difficult time.
Sarah Glenn
Friend
April 3, 2018
Showing 1 - 4 of 4 results