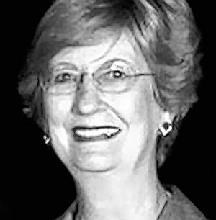 BORN
1939
DIED
2021
LYNCH, Belle Turner Belle Turner Lynch passed away peacefully on May 13, 2021 at her residence in Atlanta, after a brief, courageous battle with cancer. She was 81. Belle was profoundly dedicated to Atlanta, its institutions, and her family. A lifelong Atlanta resident, Belle graduated magna cum laude from Oglethorpe University in 1961, where she earned the Sally Hull Weltner Award for scholarship. While raising two daughters, she was called upon to care for her mother who had been diagnosed with Alzheimer's disease. The subsequent challenges Belle encountered inspired her tireless service, first as a founding member and later as president and board member, to the Atlanta Alzheimer's Association. Her activism was instrumental in establishing the local chapter of the new organization, which has become the leading voluntary health organization for Alzheimer's care, support, and research.

Once her daughters were grown, Belle's contributions to the greater Atlanta community became more multifaceted. She served on the board of directors of the Atlanta Speech School. She stewarded the Milner Award, which promotes the love of reading in Atlanta's children. She served as a trustee of the Atlanta Preservation Center, believing that Atlanta and its evolution were worthy of both commemoration and celebration. In this regard, Belle led a neighborhood effort to support historic preservation, which culminated in the formation of the Buckhead Heritage Society.

Belle's principled leadership and dedicated volunteerism was perhaps most evident in her involvement with Oglethorpe University. Belle's passion for the transformative power of education sustained her support for Oglethorpe for more than thirty-five years. With great enthusiasm and energy, she forged strong partnerships, which generated significant improvements across many aspects of the university and considerably strengthened the university's financial and student profiles. She was elected to the board of trustees in 1983 and, in 2005, became the first woman to serve as chair of that board. Belle received numerous awards and accolades from Oglethorpe for her active volunteerism throughout the years, including an honorary doctor of humane letters in 2010. In 2017, the Council for Advancement and Support of Education (CASE) awarded Belle the Ernest T. Stewart Award for Alumni Volunteer Involvement. As the highest honor presented by CASE to an alumni volunteer of any educational institution nationwide, the award constitutes remarkable and worthy recognition and celebration of her leadership contributions.

Belle was born in Atlanta on August 28, 1939 to Robert L. Turner and Evabel Milner Turner. She is survived by her husband, Barry D. Lynch; her daughters Catherine Bennett (Jonathan) Bierman and Virginia L. Bennett (Scott Sekerke); and five adored grandchildren.

A memorial service celebrating Belle's life will be held at Northside United Methodist Church, 2799 Northside Drive, Atlanta, on Sunday, June 13 at 2:00 in the afternoon. A reception at her home will follow the service.