BORN
1923
DIED
2016
FUNERAL HOME
H.M. Patterson & Son-Arlington Chapel
173 Allen Road Ne
Sandy Springs, GA
LEWYN, Bert Bert Lewyn, 92, died on January 3, 2016 at his Buckhead home, surrounded by his loving family and caregivers. Born Dagobert Lewin to Leopold and Johanna Wolff Lewin in Berlin, Germany on April 2, 1923, Bert's early years presaged a life of perseverance and achievement in the face of daunting odds. The Gestapo deported his parents and enslaved Bert in a Berlin weapons factory on March 27, 1942 when Bert was 18. In 1943, when the Nazis deported all Jewish factory workers, Bert managed to avoid capture, and begin a two and half year journey of survival described in On The Run in Nazi Berlin, a book he would co-author many years later with his daughter-in-law Beverly Saltzman Lewyn. On the Run has since sold over ten-thousand copies, and has also been published in a German translation. Bert's story has also been chronicled in numerous publications, including The Jerusalem Post, several German publications, and Hitler Youth: Growing Up in Hitler's Shadow by Susan Campbell Bartoletti. At the war's end, having learned that nearly all his family had been murdered by the Nazis, Bert lived in a Displaced Persons camp in Feldafing, Germany for four years. The highlight of his time in the camp was his travel to Sweden as a metalworking instructor for ORT at the invitation of the King of Sweden. Bert was finally able to begin his postwar life when Rabbi Tobias and Mrs. Geffen of Atlanta, his great-aunt and uncle, sponsored his emigration to Atlanta in 1949. Bert moved in with Rabbi and Mrs. Geffen, and found both a wife and a job with the Geffens' help. Bert married Esther Sloan of Atlanta on December 23, 1951, and took a job with a local metalworking company while attending English classes at Commercial High at night. Seven months later, he enrolled at Georgia Tech. Subsequently, Bert started his own woodworking machinery business, with no office, no contacts, no money, no parents, no mentors or other role models and barely any English skills. He called on potential customers all across the South, leaving Esther on Sunday evenings and returning on Fridays. He drove 200,000 miles a year, determined to provide his wife and family a secure future. His company, Lewyn Machinery, finally made a tiny profit, just about the time the first of his five children, Andrea, was born in 1955. His Herculean efforts building Lewyn Machinery Company began to pay off as his company and his family grew over the next decade. The Company emerged as one of the largest woodworking machinery importers in the US. During this time Bert and Esther welcomed four more children: Lawrence, Marc, Cindy and Michael. Bert's determination to build a business was matched only by his quick wit and relationship building skills. He persuaded machinery manufacturers from England, Italy, Japan, Taiwan, and even Germany to hire him to represent them in the US, and similarly counted as customers some of the largest American furniture makers. His most lasting business achievement was as a co-founder of the Woodworking Machinery Importers Association of America (WMIA), which established the largest international woodworking trade show in the Western Hemisphere, held every two years at the World Congress Center in Atlanta. Bert will be most remembered for the love he had for Esther, his children and grandchildren, the admiration and love of his friends, the respect his business colleagues had for him, his dry wit, and for his fierce love and defense of the Jewish people and of Israel. Bert was predeceased by his parents, Johanna and Leopold Lewin, and is survived by his loving wife Esther Sloan Lewyn, daughters Andrea Lewyn Krakovsky and Cindy Lewyn, sons Lawrence, Marc and Michael Lewyn, son-in-law Ed Krakovsky, daughter-in-law Beverly Saltzman Lewyn, grandchildren Jake and Sloan Krakovsky, and Alexandra, Rachel, Sarah and Rebecca Lewyn. A memorial service for Bert will be held at The Temple on January 5, 2016 at 1 o'clock with Rabbi Peter Berg and Rabbi Ilan Feldman officiating. Interment will follow at Arlington Memorial Park. Contributions may be made to the Georgia Commission on the Holocaust or to a charity of one's choice.

Published by Atlanta Journal-Constitution on Jan. 5, 2016.
To plant trees in memory, please visit the Sympathy Store.
MEMORIAL EVENTS
Jan
5
Memorial service
1:00p.m.
The Temple
GA
Funeral services provided by:
H.M. Patterson & Son-Arlington Chapel
MAKE A DONATION
Please consider a donation as requested by the family.
MEMORIES & CONDOLENCES
Sponsored by H.M. Patterson & Son-Arlington Chapel.
20 Entries
I was on line in an office supply store and behind me was a gentlemen commenting and joking about an odd display the store put together from various items like rubber bands, paper lips and more that was shaped in to a man like figure.
I noticed from his accent he was German and thought possibly Jewish as well. Then all of my years of watching WW2 documentaries kicked in and surmised he might have actually have been there as a child during that period judging from his accent and age.
So I abruptly turned to him and asked. "Were you in Germany during WW2?
He looked shocked and bewildered, he must have thought I was too young to have been there, so how would he know?
After a moment with a jaw drooping expression said "Yes, but how did you know"? I said you were a kid at the time? "Yes" he replied.
I explained I have made friends with and studied WW2 from all angles and it just fit.
Later he gave me his cell number and I had him and his lovely wife over with some radio related friends of mine.
I sadly lost touch after a few more phone conversations and am really sad to learn of this wonderful man's passing.
I wish the best to his entire family and will always treasure my signed book and his memory always.
Ken K.
November 24, 2018
Dear Mrs.Lewyn, Andy, Ed, Jake, Sloan, and the entire Lewyn family,
You are all in our thoughts and prayers. Your Father was such an amazing person. I know you will miss him dearly. He treasured you all as you treasured him.
All our love, Susan & Jack
Susan
January 6, 2016
So sorry for your loss.
William Mostellar
January 6, 2016
He was one of those rare people who was modest, yet, everyone knew when he walked into the room.
Bobby Leedy
January 6, 2016
Ruth and I express our deep sorrow to hear about Bert's passing. we heard he was ill when Alexandria visited us in Jerusalem last week and our thoughts were with him.
Bert was an inspirtion to all who know him and read his story how he survived during the Holocaust. His story was indicative of the will of the Jewish people to survive the hatred and persecution which has existed during our entire history.
To our family in Atlanta we say:


Steve and Ruth Adler, Jerusalem
January 6, 2016
My condolences to all the Lewyn family, which has been such an important part of our family, and a particularly important part of my parents' lives, for as long as I can remember. Hugs to all, Sincerely, Nancy Sturm
January 6, 2016
Esther,
My deepest condolences to you and your children on Bert's passing. He was an exceptional man and I am grateful for all he taught me through our many years together at Lewyn Machinery. It is an honor to have known him all these years.
Greg Ferrara
January 5, 2016
My family and the Bert and Esther Lewyn family have been close friends for fifty years. Even though Bert has been in declining health for the past three years, it is difficult to except his loss. As was so accurately and elegantly stated in his obituary, in the beautiful memorial service today, and the internment service which followed at Arlington Cemetery, his life has been so challenging and heroic that we had thought of him as invincible.
Our love and our condolences go out to the family, as does our gratitude for their sharing this wonderful, talented, loving and caring, kind human being with all of us.
HIRAM STURM
January 5, 2016
It was an honor to meet Bert a few years ago in Israel. The story he tells in his book of his survival in Berlin is an incredible saga and an inspiration to all who read it. My heartfelt condolences to Eshter, Beverly, and the entire family.
Robert Geffen
January 5, 2016
My deep condolences on Bert's passing. What an incredible mensch and wonderful father, friend, and inspiration to us all! Like so many others, I really loved and respected Bert - so very much. His life mattered! It was so wonderful to feel the enormous love he had for all the family and for those of us who were lucky enough to be close friends with this wonderful, accomplished, and extraordinarily decent man. Bert's survival from Nazi Germany, and how he crafted an incredibly meaningful and giving life was, and is, the shining example of how good wins over the forces of evil.

I have been so lucky to have had Bert and all of you as my surrogate family. I wish I could be with you all today; please know I am with you all in spirit.

Esther, all my love to you and to Andrea and Ed, Jake & Sloan, Marc and Bev, Alexandra, Rachel, Sarah and Rebecca, Lawrence, Cindy, Michael and the rest of the family and friends who mourn Bert's passing while remembering and celebrating his purposeful and very full life. Bert will always be in our hearts, memories, and soul. I love you all very much.

Judy C
Judy Cohen Carson
January 5, 2016
Bert was a man I admired greatly for his wit, his strength, his easy-going nature, a true inspiration. He will be missed. My heartfelt condolences to Esther and family.
Joe Berchenko
January 5, 2016
May the God of all comfort strengthen the family during this time of deep sorrow. Those who pass on, God keeps in his memory because they are precious in his eyes. My sincerest condolences.
Psalms 116:15
January 5, 2016
Barry and Vivian Zisholtz are so sorry to hear of your loss. We are thinking about you during this difficult time.
Vivian,Barry Zisholtz
January 5, 2016
What an amazing life story. A great dad, husband, and mentor to all. Apples don't fall far from the tree. Michael, please accept my condoliences to you and your family as you enter shiva. I hope everyone that is able to visit shares a personal story about your dad.
May you be comforted in the days ahead.
Harry Shmunes
Harry Shmunes
January 5, 2016
My sympathy Michael to you and your family. Your father must have been an amazing man.
Chrissie Lewis
Christine Lewis
January 4, 2016
Sending our deepest condolences and love. The Romicks
Shani Romick
January 4, 2016 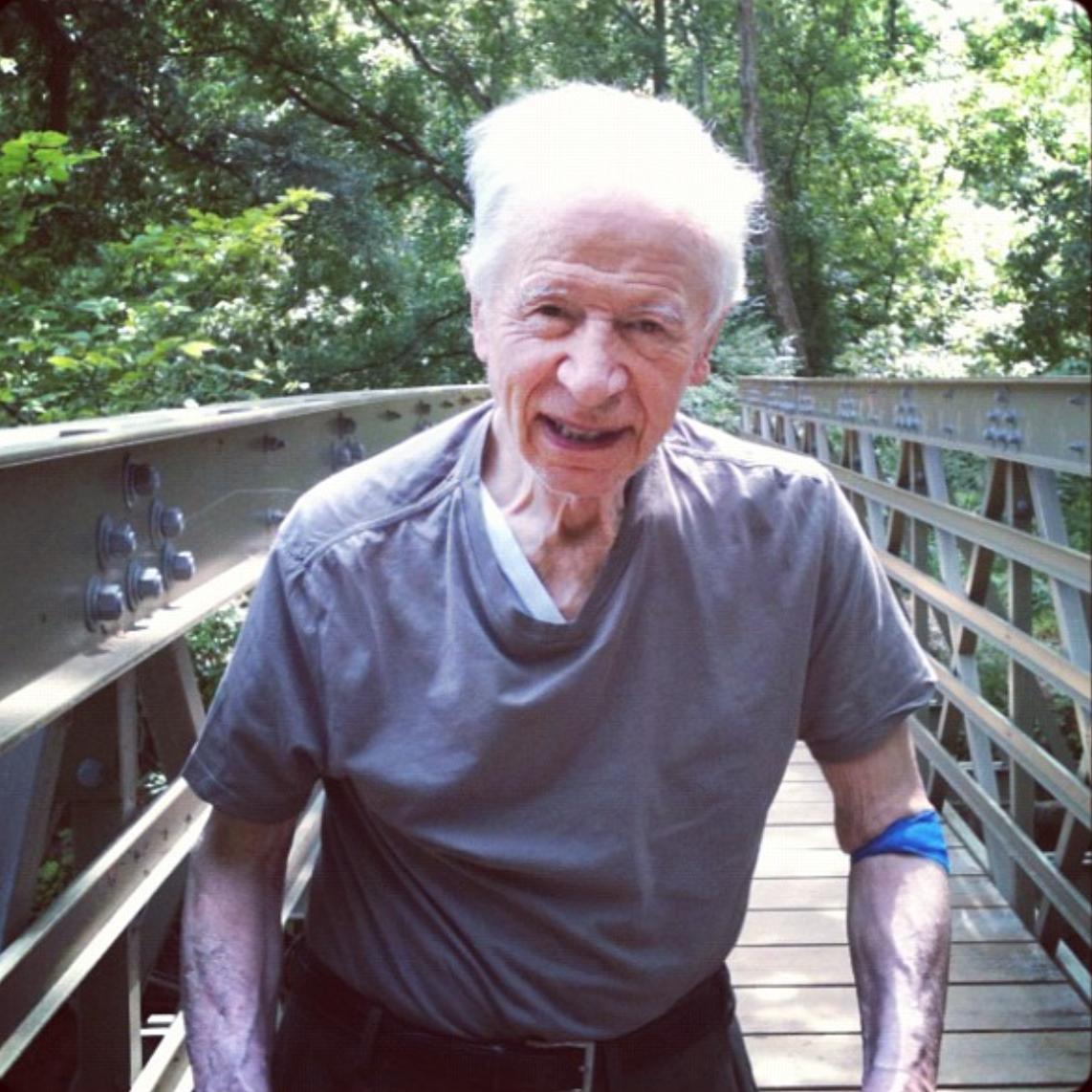 Jake Krakovsky
January 4, 2016
To Michael and the Lewyn Family:

My deepest sympathy and condolences on the loss of so good a father and husband.
David DeRoberts
January 4, 2016
Michael and family:
Ed and I are so sorry to hear that your father has passed away. BDE.
Barb and Ed Feldman
January 4, 2016
Bert was an exceptional man. He virtually represented the words, "quintessential survivor." I am glad we could bring him and Esther to Arizona in 2014. I am sure the ASU and NAU college students here who heard him will long recall his experiences. I remember holding the Yellow Star he carried all those many decades. The memoirs he left us about finding a way to survive in Berlin for the entire length of the Third Reich are astonishing and inspiring. His spirit to endure against great odds will remain with us as one of the remarkable legacies of World War II. Lastly, his success as an immigrant who found the American Dream and established a large family is one of the more heartening stories to emerge from the Holocaust.